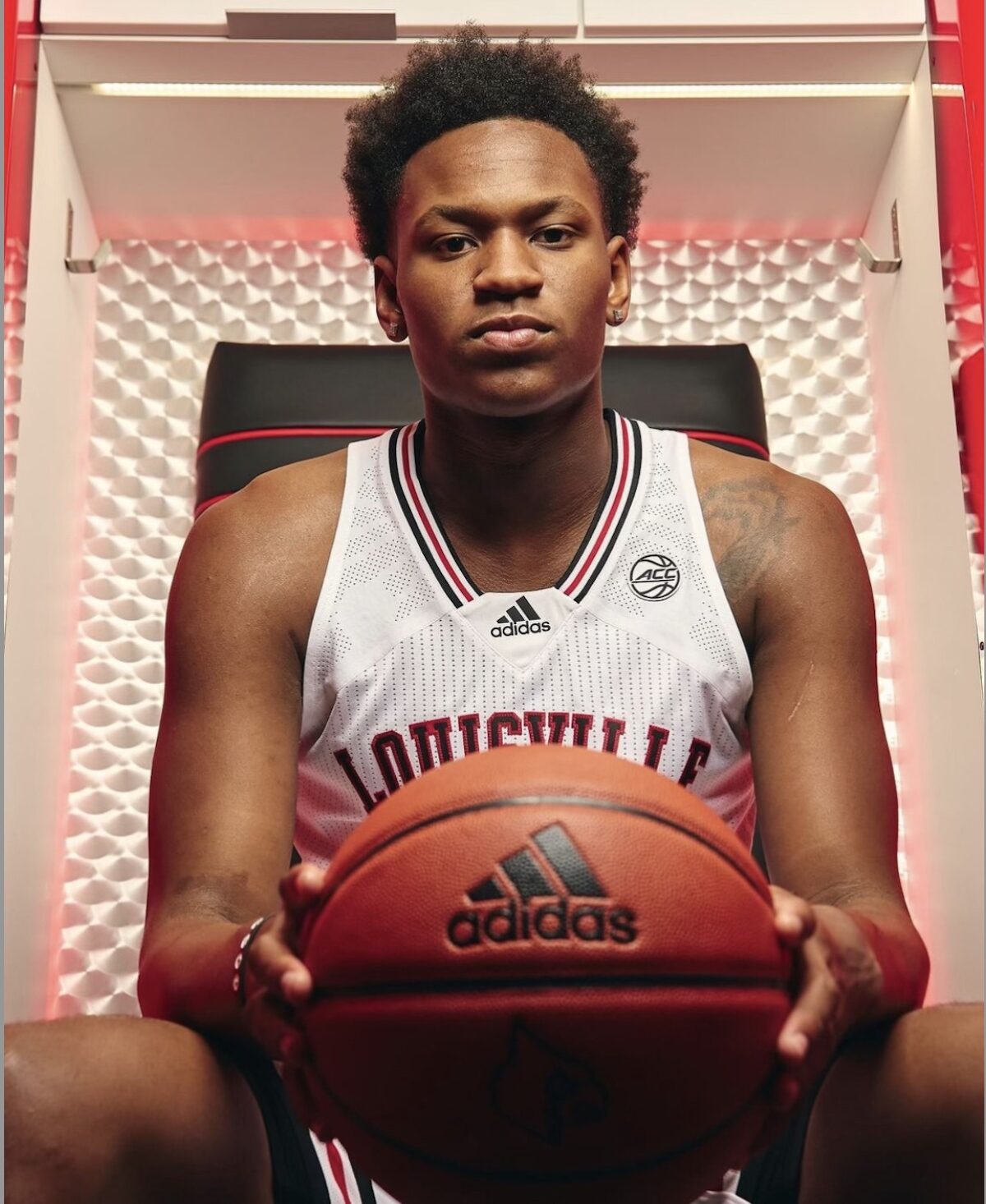 By JACOB POLACHECK Class of 2023 four-star forward Curtis Williams Jr. has committed to Louisville, he tells ZAGSBLOG. “They’ve got a great coaching staff to start off,” Williams said ahead of his public announcement. “It’s just the connection I’ve been building with Kenny (Payne) and the main guys recruiting me.” The 6-foot-6, 205-pound small forward from Brother Rice (MI), chose Louisville over Providence, Seton Hall and Florida State. “I’m so incredibly proud and happy that Curtis’ incredible work is being rewarded with this decision,” Brother Rice head coach Rick Palmer told ZAGSBLOG. “On the court, they will be getting a versatile wing scorer, who is a college ready defender. Curt is a gym rat and will continue to improve at a high rate. Whoever gets his will be getting a great kid with high upside.” Williams said he’s been talking to assistant coach Nolan Smith “almost every day.” “He’s a basketball fanatic, so he’s always watching games and different stuff,” Williams said. “I know I’ll be able to develop under him. I’ll be able to use my guard skills to get to the next level. Kenny is just a great person outside of basketball. I really enjoy being around him. That’s really what I’m looking for.” Williams’ commitment comes shortly after he took his official visit to Louisville from Sept. 16-18. “For me, it’s just how the players get along with each other and how the players interact with me,” he said. “I’ve been interacting with most of the players and told some of them (I’m committing). I’m looking at how I interact with some of the players, how it is to be in-person there, the culture, how the coaches talk to the players, how the coaches talk to each other. It’s really everything there. I’m just really excited.” Ranked by 247Sports Composite as the No. 78 overall prospect in the nation, Williams describes himself as an “energetic player.” “I’m flying across the court,” he said. “I can knock down shots, get to my midrange and get to the rim. I’m a three-level scorer. On defense, I’m guarding the best player in the game. You could say I’m an all-around player. That’s what they’re going to get.” Williams joins four-star forward Kaleb Glenn in Louisville’s 2023 recruiting class. “That’s my boy,” Williams said of Glenn. “He’s really strong, so he can get to his spots easily. It’s going to be really exciting because we’re both really athletic. It’s going to be fun to watch and to play with him. Fans should be really hyped about it.” Next up, Williams is eying two more high-level recruits to join him at Louisville. “Kaleb and I were talking about trying to get DJ (Wagner) or AJ (Johnson),” Williams said. Follow Jacob Polacheck on Twitter Follow Adam Zagoria on Twitter Follow ZAGSBLOGHoops on Instagram And Like ZAGS on Facebook