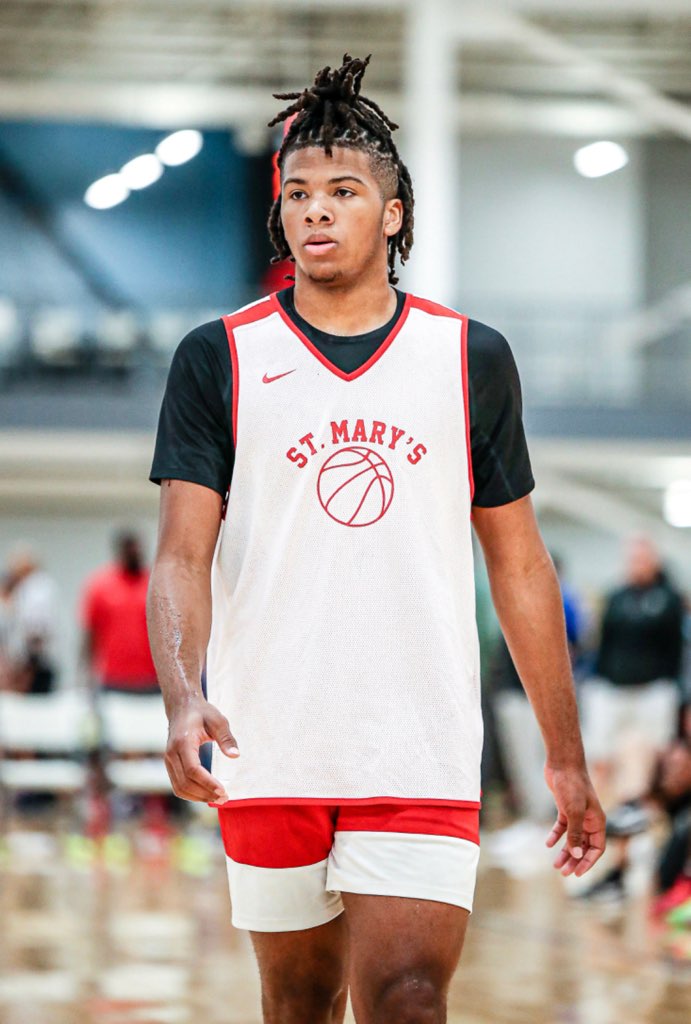 By JACOB POLACHECK Class of 2025 four-star guard Trey McKenney used this summer to show off his elite talent, impacting the game on both ends of the floor. The 6-foot-4, 200-pound shooting guard from St. Mary’s (MI) and the Nike Meanstreets AAU Program, played on the Nike EYBL Circuit for the first time and lived up to expectations. “I feel like I did really well because I was playing with a new program,” McKenney said. “I played on a bigger circuit and I produced really well, so I feel like the summer went well and I progressed.” The No. 17 overall prospect in ESPN’s latest class of 2025 rankings, McKenney has already taken unofficial visits to Michigan State, Michigan and Illinois. He broke down each program: Michigan State: “Just the history that it brings with my city. It’s crazy. I really have to pay attention to Michigan State.” Michigan: “It’s home. It’s really close to me. I feel like Michigan will always be an opinion.” Illinois: “The family atmosphere, how they treat me and it’s all love with the coaches.” Moving forward, McKenney has unofficial visits planned to Ohio State (Sept. 24), Iowa (Oct. 1) and Indiana (Oct. 7). He broke down each program: Ohio State: “It’s just a family. When I was there for the team camp, they came to watch all my games, so I know that I’m pretty heavily talked about when they talk about recruitments. I’m just excited to get back there.” Iowa: “I like coach (Sherman) Dillard and coach (Fran) McCaffery because they really understand my game. They’ve been watching me for a while, so I feel like I could also see myself there.” Indiana: “They have a crazy history. Coach (Brian) Walsh and coach (Mike) Woodson seem like some pretty great dudes. They’ve been recruiting me pretty hard for about two months since the summer. I’m just excited to get out there.” McKenney also said Kansas State and Missouri are involved, breaking down both programs: Kansas State: “My dad had me pay attention to coach (Jerome) Tang when he was at Baylor. He pretty much told my dad that he lets guards go and it shows. I feel like it could be a good fit for me.” Missouri: “I like coach (Dennis) Gates and coach (Matt) Cline. I pay attention to Missouri because they’re in the SEC and they had Michael Porter Jr.. I was definitely paying attention when they had him.” As far as the factors he’s taking into consideration, McKenney is not worried about fit at the next level, but is instead focused on three questions. “Who can get me to the next level after college? How does it feel family-wise? How are the academics,” he asked. “I feel like I could play in any system. My game doesn’t require any type of system. I can adjust.” Off the court, McKenney has proven to be a leader at his high school, earning the position of class president. “Everybody was telling me to run my freshman year, so I ran,” he said. “I like it now.” Follow Jacob Polacheck on Twitter Follow Adam Zagoria on Twitter Follow ZAGSBLOGHoops on Instagram And Like ZAGS on Facebook

Class of 2025 No. 6-ranked prospect Meleek Thomas says 4 schools in contact the most