Class of 2025 No. 6-ranked prospect Meleek Thomas says 4 schools in contact the most 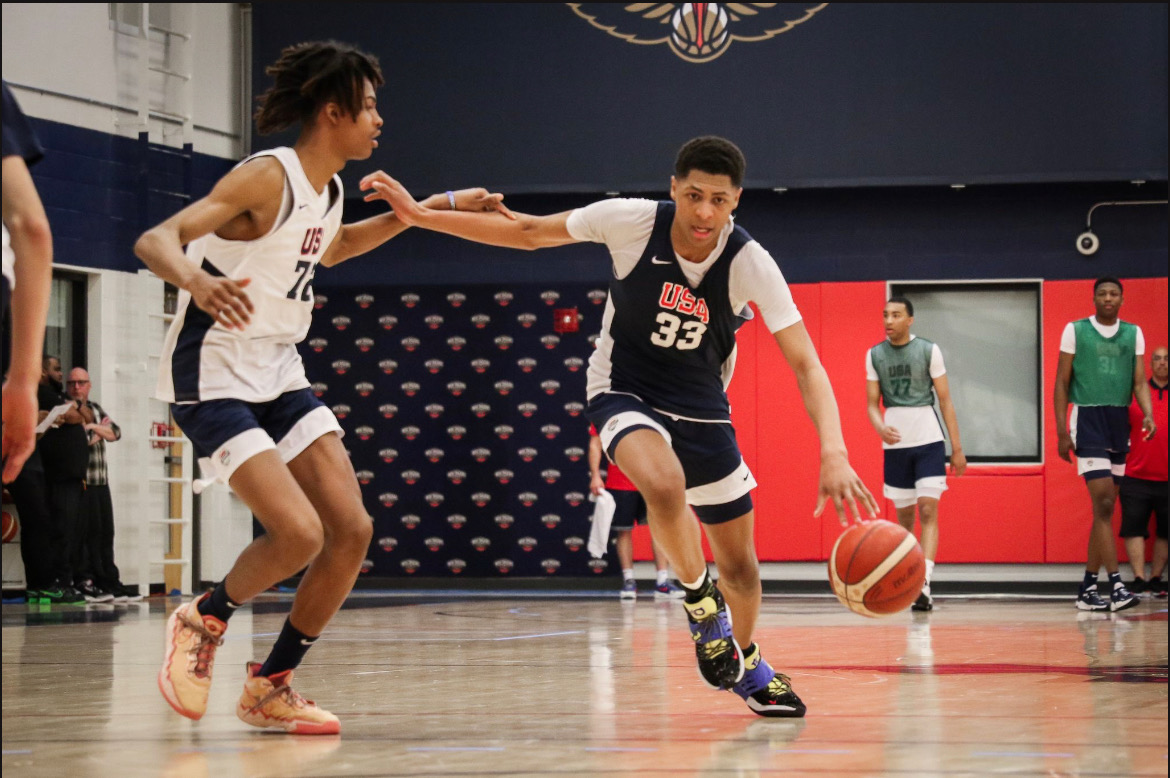 By JACOB POLACHECK Class of 2025 five-star guard Meleek Thomas has already captured the attention of scouts nationwide with strong mid-range jump shot and pull up game. The 6-foot-4, 175-pound point guard from Lincoln Park (PA) and the New Heights Lightning NYC AAU Program, is ranked as the No. 6 overall prospect in the latest ESPN class of 2025 rankings released Monday. “I’m gritty, shifty and just a dog,” he said. “I’m strong at getting myself open, getting myself downhill, just getting myself easy looks and making it easy for myself.” With his national reputation, Thomas is already leading a high-major recruitment with several offers. “I’m already talking to coaches at the highest level. It’s amazing,” Thomas said. “You hear things from these coaches that you don’t hear from anybody else, so you have to take in all the knowledge and use it. If I’m not using it, there’s no reason for them to be telling me this.” Among the schools involved, Thomas said he’s hearing from four schools regularly: Iowa State, Kansas State, Penn State and Pitt. He broke down all four programs: Pitt: “Their head coach and their assistant coach went to Duke and North Carolina, respectively. The knowledge that they’re pouring down on me, talking to the players and getting to watch them workout, seeing how much they get after it and how much they put into it. It’s just how much you want it. I would say the most I took from that visit was their knowledge.” Penn State: “The head coach was with the Celtics for six years. He took me to his office and was telling me little things from players that I could add to my game. That’s important to me. I’m going to go home and work on that. I went to the gym and watched them practice, seeing what they do, read and react, and live situations like that.” Kansas State: “Their head coach just came from Baylor and last year Baylor won the national championship. Mokan’s 17U coach that won Peach Jam back-to-back years is now the assistant coach there. They’ve got a great program that’s looking to get turned around. In my opinion, those are two of the best coaches around. I’m just talking to them on the phone and staying in contact with them. With the assistant coach knowing my parents and always reaching out, I’m feeling the love from that school.” Iowa State: “I talked to their assistant coach also. We’re building a relationship, so he talks to me a lot. He talks to me about how their practices go, how they build pros and the workouts they do. That’s just another school that you love to hear from. Thomas holds offers from both Kansas State and Pitt. He has also taken unofficial visits to both Pitt and Penn State. Thomas also holds offers from St. John’s and Bryant. “I don’t hear from those schools as much,” he said. As far as the deciding factors, Thomas is asking three questions. “My main deciding factor is what school fits me,” he said. “What coaching staff fits me? How does the playing style fit me? It comes down to those three things. If I feel like I fit those three things and I like the area and I like what it’s bringing for me, then we’re going to judge from there.” Photo: USA Basketball Follow Jacob Polacheck on Twitter Follow Adam Zagoria on Twitter Follow ZAGSBLOGHoops on Instagram And Like ZAGS on Facebook