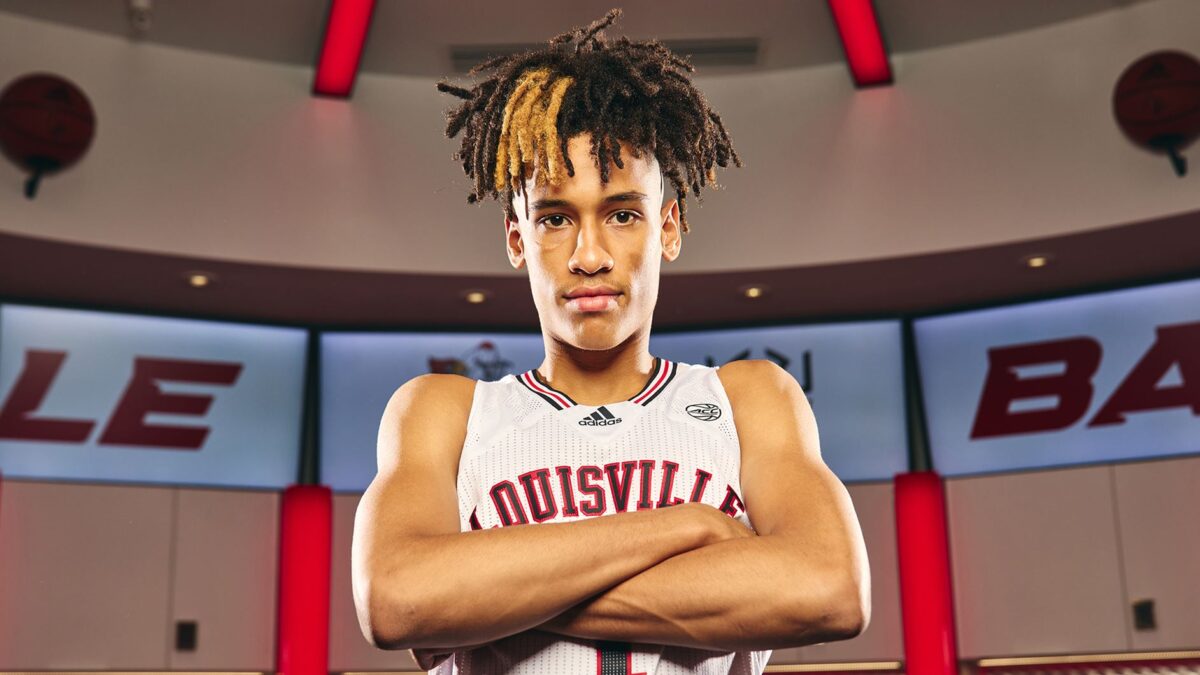 Fabio Basili, a 6-foot-4, 175-pound guard from Oak Ridge High School in Orlando, Fla., has signed a financial aid agreement to continue his basketball and academic career at the University of Louisville.  He will be on campus when classes begin for the UofL fall semester next week. “We’re excited to add another playmaker to this roster,” said Head Coach Kenny Payne.  “Fabio is a fearless, confident, unselfish and talented basketball player who will help our team on both ends of the floor.  I’m super excited to have him as a part of Louisville Basketball, a rich tradition that he will embrace and enhance.” Basili averaged 19.6 points, 4.8 assists and 4.1 rebounds per game as a senior in 2021-22 in leading Oak Ridge to a 21-8 record and 7A Florida state semifinals, connecting on 40-of-102 three-pointers (.392) while earning honorable mention all-state honors.  He scored over 1,600 career points at Oak Ridge, helping his team to the state semifinals twice and the final eight teams on another occasion. Basili originally planned to be a part of the 2022 class, reclassified to 2023 and then returned to 2022 class after completing some course work.  He had also considered attending Kansas State and DePaul among others and had visited Louisville in late June.  Basili was a high school teammate of current Cardinal guard/forward Mike James at Oak Ridge for two seasons. Basili produced a triple-double in the 2021 Pangos All-American Festival semifinals in Las Vegas with 18 points, 10 rebounds and 10 assists. He totaled a team-high 27 points and eight assists in the title game and earned all-tournament recognition.  Basili averaged 26.7 points, 7.0 assists and 5.0 rebounds in five games for E1T1 United at The Circuit Championship in August 2021. Basili is the fourth new addition to the Cardinals’ roster this year, joining Brandon Huntley-Hatfield, a 6-10, 245-pound forward from Clarksville, Tenn. who played as a freshman last season at the University of Tennessee; Kamari Lands, a 6-8, 195-pound forward from Indianapolis, Ind. who played last season at Hillcrest Prep in Phoenix, Ariz.; and Devin Ree, a 6-8, 185-pound forward from Jackson, Miss. (Release via Louisville) Follow Adam Zagoria on Twitter Follow ZAGSBLOGHoops on Instagram And Like ZAGS on Facebook