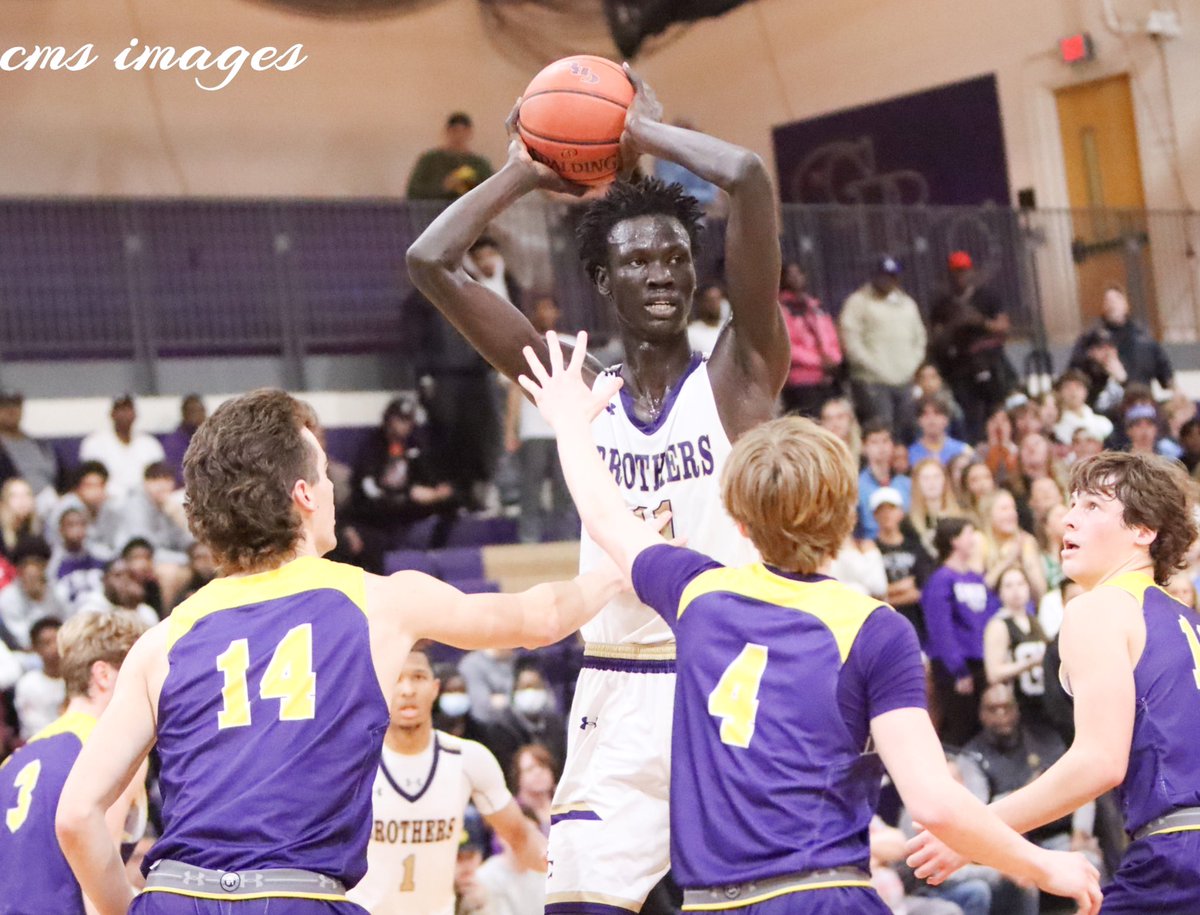 By ADAM ZAGORIA John Bol, the 7-foot-1, five-star center from Sunrise Christian (KS) and MoKan Elite, is poised to take an official visit to Michigan Sept. 9-11. He is ranked the No. 3 center in the Class of 2024 by 247Sports.com. “Juwan Howard was a big man, played in the league, coached in the league, too,” Bol said. “That itself is self-explanatory. I also like how Michigan plays their bigs. They don’t just set screens and run up and down the court. They also have a big part to play, like making decisions on top of the key and knocking down shots.”

Bol, who helped MoKan win the Peach Jam title last month, said Evansville, Texas, Texas Tech, Arkansas and Kentucky are among the other schools recruiting him. He has yet to pick up offers from Arkansas and Kentucky. “It will be good offer for sure,” he said of Kentucky. Said Sunrise Christian coach Luke Barnwell: “John Bol is so agile for his size and has a great motor. He affects every possession on both ends of the floor. He is so active and has great touch. He is barely scratching the surface and I can’t wait to work with him.” Follow Adam Zagoria on Twitter Follow ZAGSBLOGHoops on Instagram And Like ZAGS on Facebook