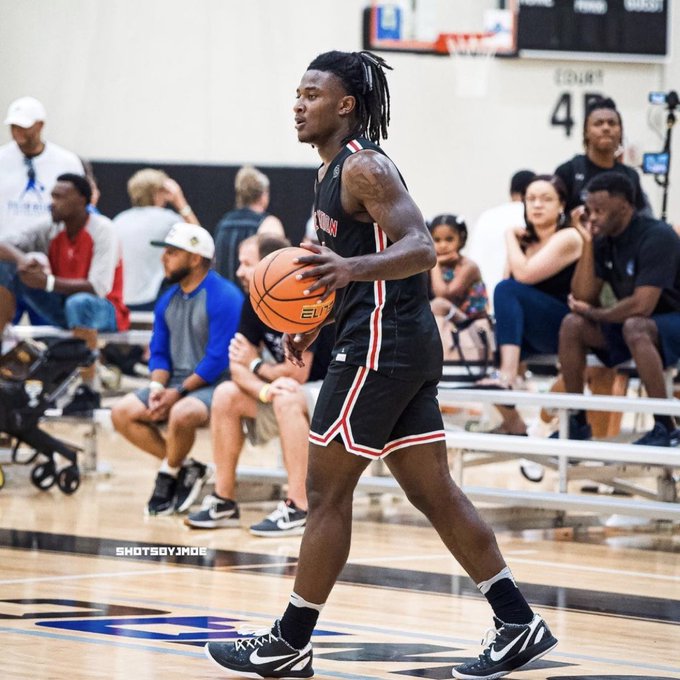 By JACOB POLACHECK Class of 2023 three-star guard Jamyron Keller has committed to Oklahoma State, he tells ZAGSBLOG. “I’m committing to Oklahoma State,” Keller said ahead of his public announcement. “Bigger than anything, it was a family feel from all the coaches. The whole coaching staff was involved in my recruitment. When I went up there, it was a connection between me and the players. I could see myself being there. It’s a really good conference. They really fit my play style. It feels like a place I can go and get to the next level. It was an easy decision.” The 6-foot-1, 190-pound combo guard from Ellison (TX) and the Drive Nation AAU Program, chose Oklahoma State over TCU, Texas, VCU, Saint Louis, Kansas State, Stephen F. Austin and Oral Roberts. “The pitch was simple. Coach Mike Boynton was like, I’m not going to promise you playing time. You’re going to come here and earn it,” Keller said. “That right there showed me a lot about his character. The coaches were straight up. I felt like that’s the place where I can go in there, earn it and build my work ethic. That’s something you definitely need at the next level, so I looked at that like a challenge and a good thing.” Ranked by 247Sports Composite as the No. 25 combo guard and No. 160 overall prospect in the nation, Keller joins four-star center Brandon Garrison in OSU’s 2023 recruiting class. “He’s a force, so it’s going to be fun playing with him,” Keller said of Garrison. With two commitments already in the fold, Keller said he is looking to add a third player to OSU’s recruiting class. “I’m definitely on my guy Justin McBride,” he said. “We’ve been talking about it. It’s looking good.” As far as his game, Keller said, “I’m somebody who is going to affect winning in any way possible, which is guarding, knocking down open shots and being a floor general. Anything needed to win, I think I can do it.” Playing with Drive Nation, Keller averaged 15.1 points, 4.4 rebounds, 4.0 assists and 1.8 steals during Peach Jam. “I was super impressed with how Jamyron played and responded to adversity,” Drive Nation coach Brandon Espinosa said. “Jamyron and his mother blocked out all the noise, stayed locked in and allowed the process to unfold. His recruitment for the most part hit late but to his credit he was ready for the moment. I’m so proud of him for committing to his dream and falling in love with the process.” Photo: ShotsByJMoe Follow Jacob Polacheck on Twitter Follow Adam Zagoria on Twitter Follow ZAGSBLOGHoops on Instagram And Like ZAGS on Facebook