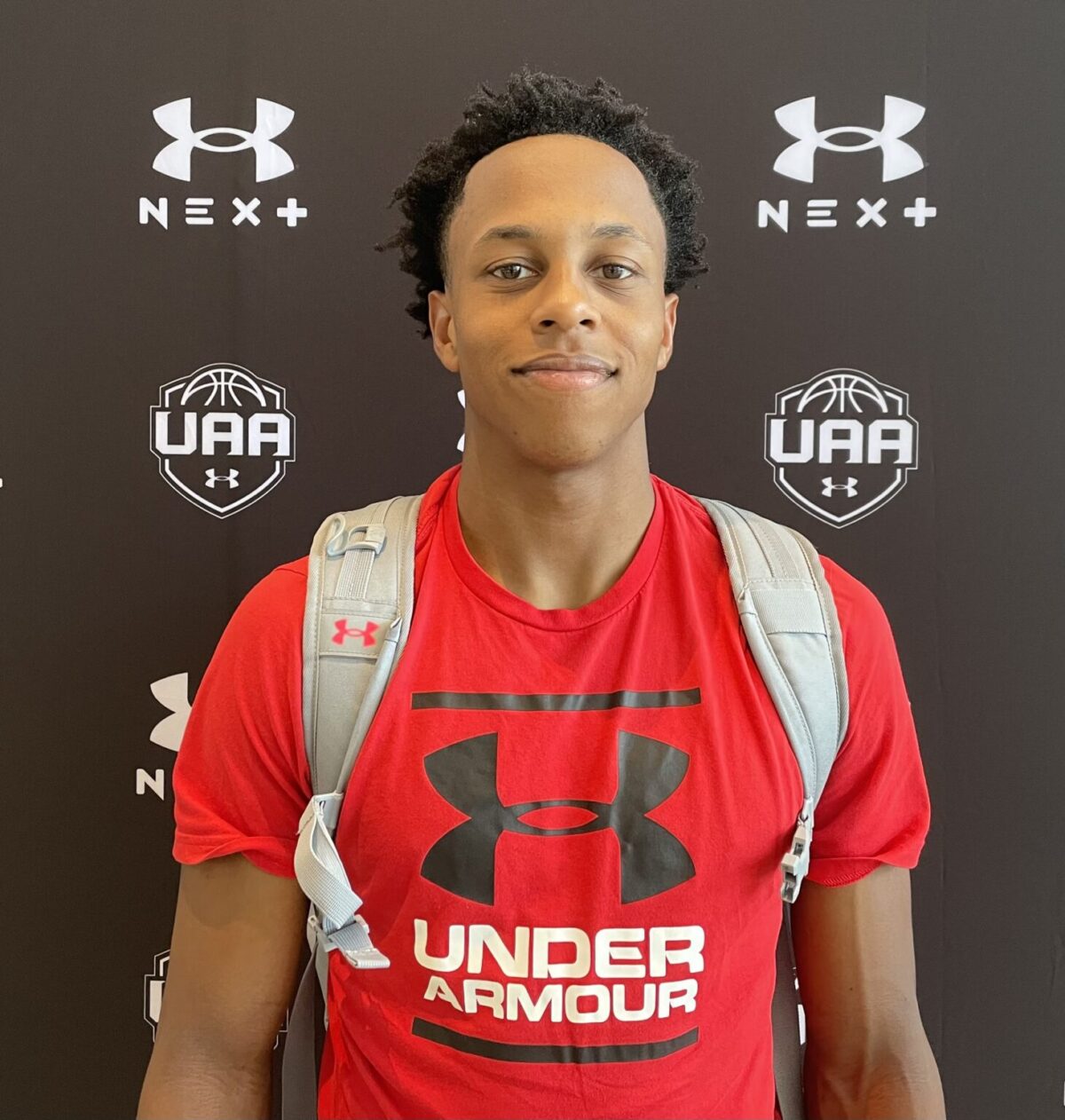 By ADAM ZAGORIA Elmarko Jackson, the 6-foot-4, 195-pound combo guard from South Kent (CT) and the We R 1 AAU program, is in Chicago for the Under Armor Elite 24 Game Friday night. The four-star guard also plans to cut his list of schools in the coming days.  “I’m planning to cut my list down,” the Marlton, N.J. native said by phone ahead of the game, which will air at 7 p.m. ET on ESPNU. “I would say [to] like around seven.” He listed Maryland, Texas, Miami, Villanova, Virginia, UCLA and VCU among those working the hardest and broke down each school. Maryland: “Maryland’s message is I could come in as a freshman, get good minutes immediately and kind of just get the winning culture back there at Maryland. Just kind of stay close to home, create our own name and get the culture back to where it was.” Virginia: “Virginia’s saying pretty much the same thing. They would like to coach me a lot. I’ve been talking to Coach O [Orlando Vandross] a lot, Coach [Tony] Bennett a lot because they focus not only on basketball but on shaping the players to become better young men.” UCLA: “They play freely, they like the way I play. Get in pick-and-roll action and just create for myself and teammates, and get right on defense as well.” Texas: “Texas is pretty much the same as Maryland. They’ve got guard spots opening up so I’ve got an opportunity to get a lot of minutes and pretty much just contribute to the culture that they have and grow my brand as a player and a person and contribute to a winning culture.” Miami: “I’d be able to get down there and get to work, play very free under Coach L [Jim Larranaga] and coach [DJ] Irving and develop as a player. That’s something that all schools have been stressing a lot because I want to develop as a player to try to get to that next level.” Villanova: “Same thing, probably. I have an opportunity to get in there and get a lot of minutes as a freshman. They stress development a lot because Kyle Neptune was assistant coach when Jay Wright was there so they work a lot with their players during the summer developing them. And just the brotherhood that they have with their alumni. I went to their alumni game and they had a plethora of alumni come back and show support to the current team. So just being secure after my time at Villanova, I’ll always be welcome back and taken care of through the alumni system.” VCU: “I’ve been talking to VCU for pretty much a year now. I got really close with coach JD Byers and coach [Mike] Rhoades. We had a guy from WE-R 1 go there, Bones [Hyland], he’s in the NBA now. He’s been telling me I have the same opportunity to do the same thing as he did.” Jackson has no official visits scheduled yet. “Not, not yet,” he said. “I want to utilize all my five visits but I don’t want to waste any. I want to make sure all mine are accurate with the schools I really want to focuse on and the schools that are focused on me. “So nothing yet but if not today I might cut my list down in the next week or two.” Follow Adam Zagoria on Twitter Follow ZAGSBLOGHoops on Instagram And Like ZAGS on Facebook