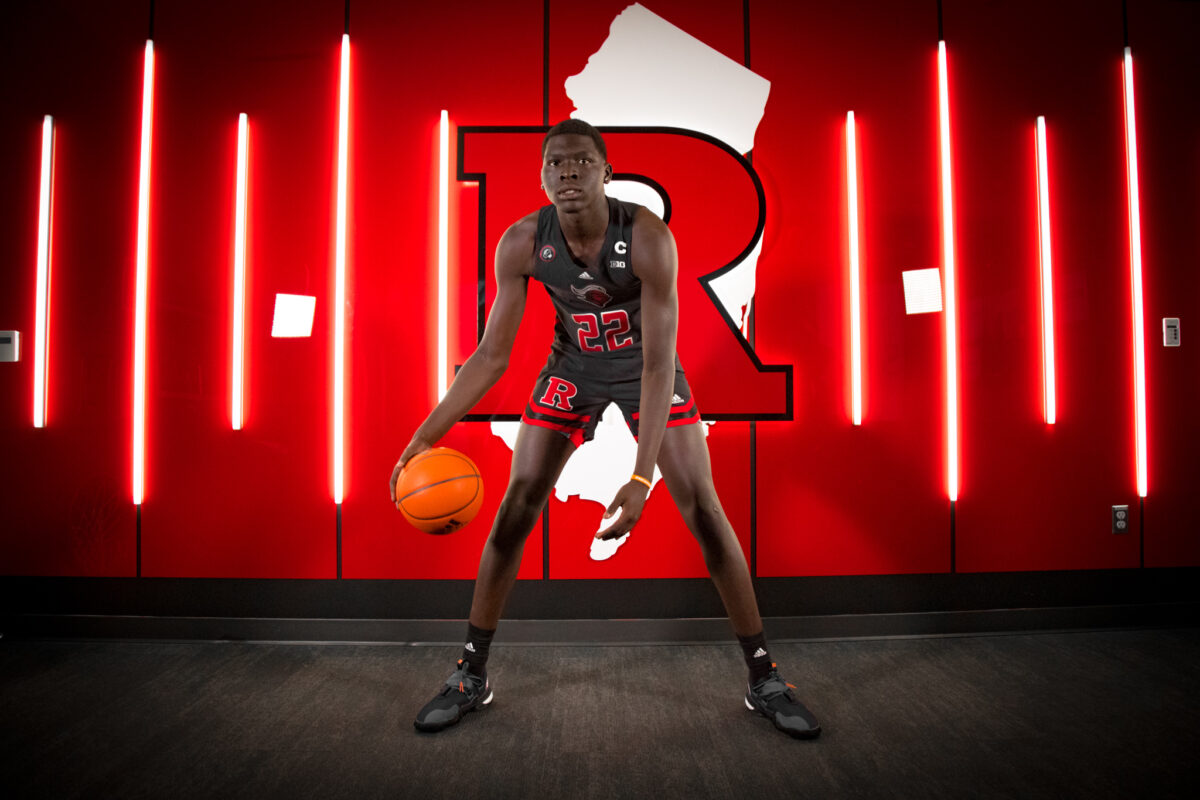 The Rutgers men’s basketball program announced the signing of forward Antonio Chol on Wednesday. Chol will join the roster as a member of the 2022-23 signing class. Chol is a 6-8, 215-pound forward from Buffalo, N.Y. Chol has decided to forgo his final year of eligibility at Minnesota Prep Academy in Brooklyn Park, Minnesota to enroll at Rutgers this fall and join the Scarlet Knights this upcoming season. “I am super excited to join Rutgers and I love how positive and uplifting the coaching staff is,” Chol said. “I loved that they kept reiterating during the process that it’s not going to be easy, and I’ll have to work for my spot. I know that I will have all of the support and everything I need from the coaching staff after meeting them.” “We are excited to welcome Antonio Chol to the Rutgers basketball family,” head coach Steve Pikiell said. “In Antonio we get another big-time shooter, who at 6-foot-8 can do a lot of things on the basketball court. He’s a high-energy guy. Whenever you can bring in a high-flying, high-energy player who can really shoot the basketball, you’re excited. I am looking forward to getting him here as soon as we can.” Chol credited his relationship with the Rutgers coaches and said he looks forward to continuing to grow those relationships when he comes to campus. Chol was able to meet a majority of the roster on his official visit and introduced himself to his teammates. “I have to say Cliff and Paul are way bigger in person,” Chol laughed. “I’m 6-foot-8 and I didn’t realize how big they were till I met them in person.” Pikiell said that Chol reminds him a lot of Akwasi Yeboah when he addressed the media during offseason workouts on Monday. Yeboah played for Pikiell in 2019-20 and is currently playing professional basketball overseas in Turkey after a successful four-year college career. Chol describes himself on the basketball court as a forward, who is comfortable on the wing. He said he likes to play the mid-post when matched up with against smaller defenders. “I’ll say that I can shoot the ball really well,” Chol said. “I pride myself on being a defender that can guard a lot of positions. I also like to post up when mismatches are necessary. I think I’m a versatile player that will bring more to the table than people expect.” Chol played three seasons of high school basketball, each at a different school. He spent his first season at the Health Sciences Charter School in his hometown of Buffalo before attending Democracy Prep in Las Vegas, Nevada for his second season. Chol took his official visit to the RU campus in late July. Chol is rated a three-star by 247Sports and the No. 5 ranked player in New York for the Class of 2023. When asked what NBA players he looks up to, Chol said that he loves the offensive footwork of former New York Knick Carmelo Anthony and the defense of Jonathan Isaac of the Orlando Magic.  Chol joins an RU 2022-23 recruiting class that includes three-stars Derek Simpson and Antwone Woolfolk. Chol is the fourth newcomer to the program this offseason as the Scarlet Knights signed former Loyalo (MD.) guard Cam Spencer out of the transfer portal. “I’m going to bring a lot of intensity, hard work, uplift everyone and be positive,” Chol said. “I’m ready to get to work.” Release via Rutgers Athletic Communications Follow Adam Zagoria on Twitter Follow ZAGSBLOGHoops on Instagram And Like ZAGS on Facebook