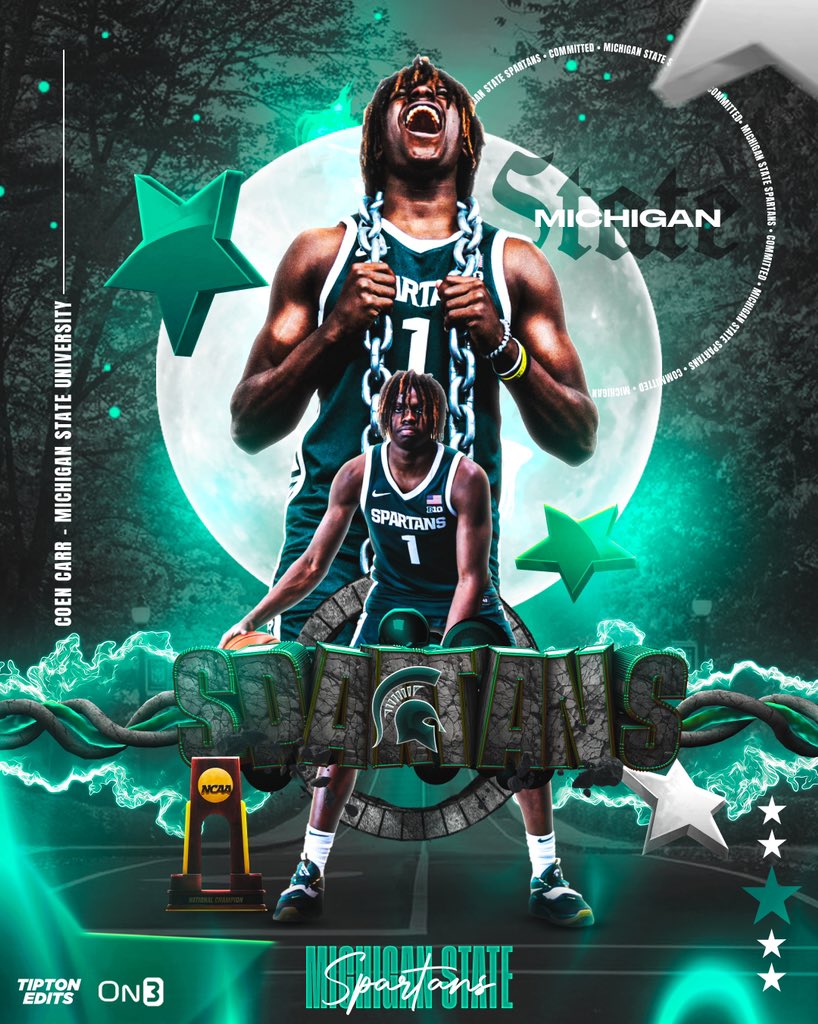 By ADAM ZAGORIA Coen Carr, the 6-foot-7 4-star wing from Legacy Early College (S.C.), is off the board to Michigan State. Ranked the No. 11 small forward in the Class of 2023 by 247Sports.com, he also considered Tennessee, Vanderbilt and Indiana. “I chose Michigan State because it’s a great program with a great coach in Tom Izzo,” Carr told On3. “It felt like a place that I can call home. I feel we have a top 3 class in the country.” He added: “Michigan State is getting players that brings a lot of energy and defense, as well as an underrated shooter and playmaker. They are also getting a great teammate.” Carr is a super-bouncy, athletic wing who would be a strong addition for Spartans head coach Tom Izzo.