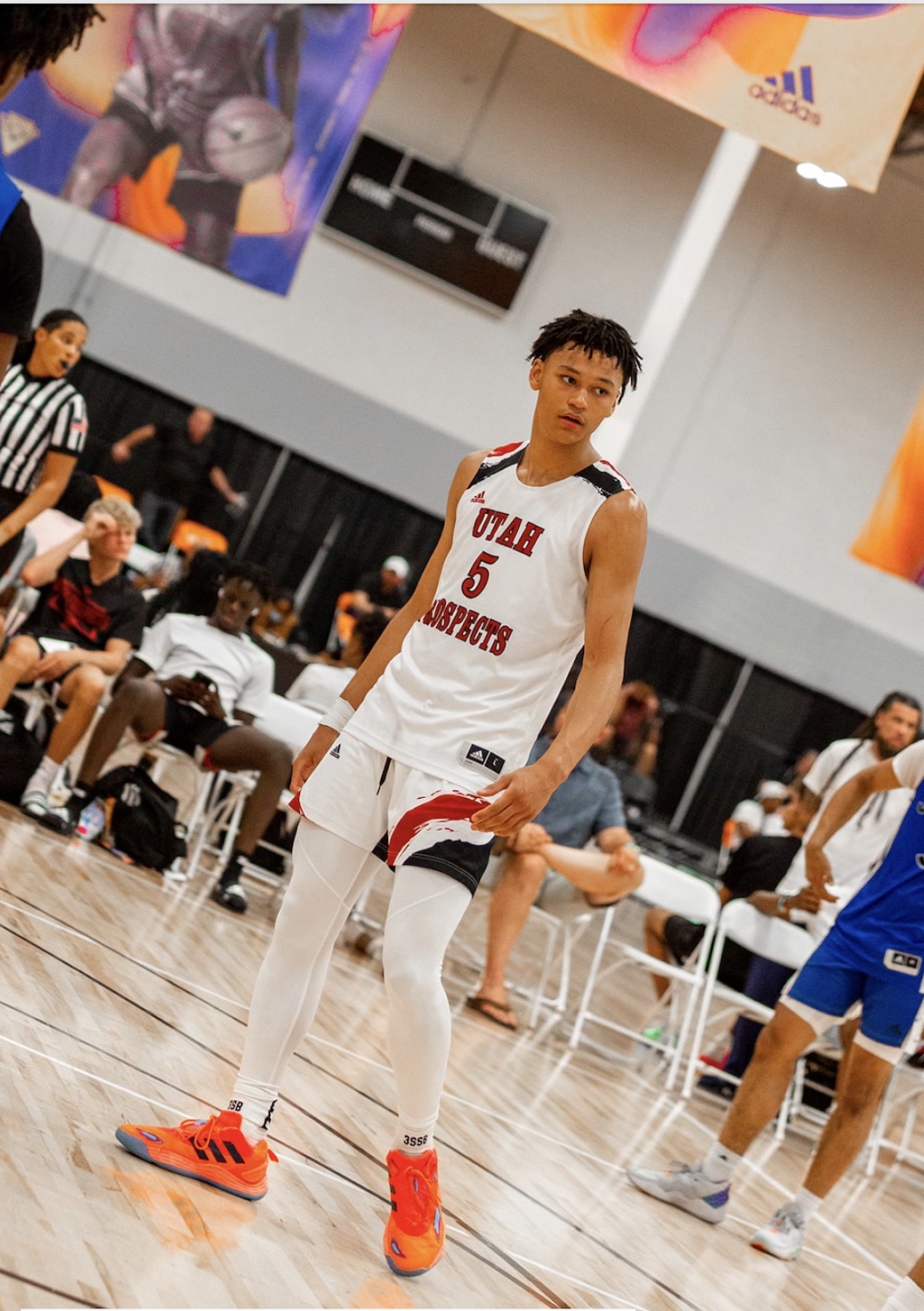 By JACOB POLACHECK Class of 2025 five-star guard Isiah Harwell has earned a reputation as a premier prospect in his class as the offers roll in and he prepares to make his mark at a new high school. The 6-foot-5, 180-pound shooting guard from the Utah Prospects AAU Program, recently announced that he will be transferring from Century (ID) High School to Wasatch (UT) Academy for his sophomore season. “It was just to be pushed to greater limits and get better,” Harwell said of his transfer. After a stellar summer with the Utah Prospects, Harwell has recently picked up offers from Kansas, Baylor and UCLA. He broke down all three programs: Kansas: “I know they won it last year. I just like how no matter what they just play.” Baylor: “That’s a team full of dogs. They play defense like no other.” UCLA: “They’ve always been an underdog, but they’re really good. They always compete well against all the teams they play against. You can’t look past them.” Harwell said that North Carolina, Kentucky, Duke and Gonzaga are heavily involved in his recruitment, breaking down each school: North Carolina: “I talked to Brad Frederick and I really liked that team growing up. My brothers would always bet on Duke and I loved the rivalry between Duke and UNC. I liked that team. I fell in love with them.” Kentucky: “I feel like Kentucky is cool. They’re always one of the teams that just goes out and plays as a team.” Duke: “Duke is nice. They put out prospects like no other. They have a lot of first-round draft picks. That’s nice, that’s cool.” Gonzaga: “I like Gonzaga a lot. They like their people to play and they fit in with each other. That’s cool and that makes them stronger and helps them get stronger in the NCAA Tournament.” Harwell said he’s planning a visit to Gonzaga before the end of the school year. Ranked by ESPN.com as the No. 2 shooting guard and No. 10 overall prospect in the class of 2025, Harwell compares his game to Boston Celtics forward Jayson Tatum. “Just with scoring the ball and how he plays the game,” Harwell said. “I’m like him.” Photo: Sutton Media Follow Jacob Polacheck on Twitter Follow Adam Zagoria on Twitter Follow ZAGSBLOGHoops on Instagram And Like ZAGS on Facebook