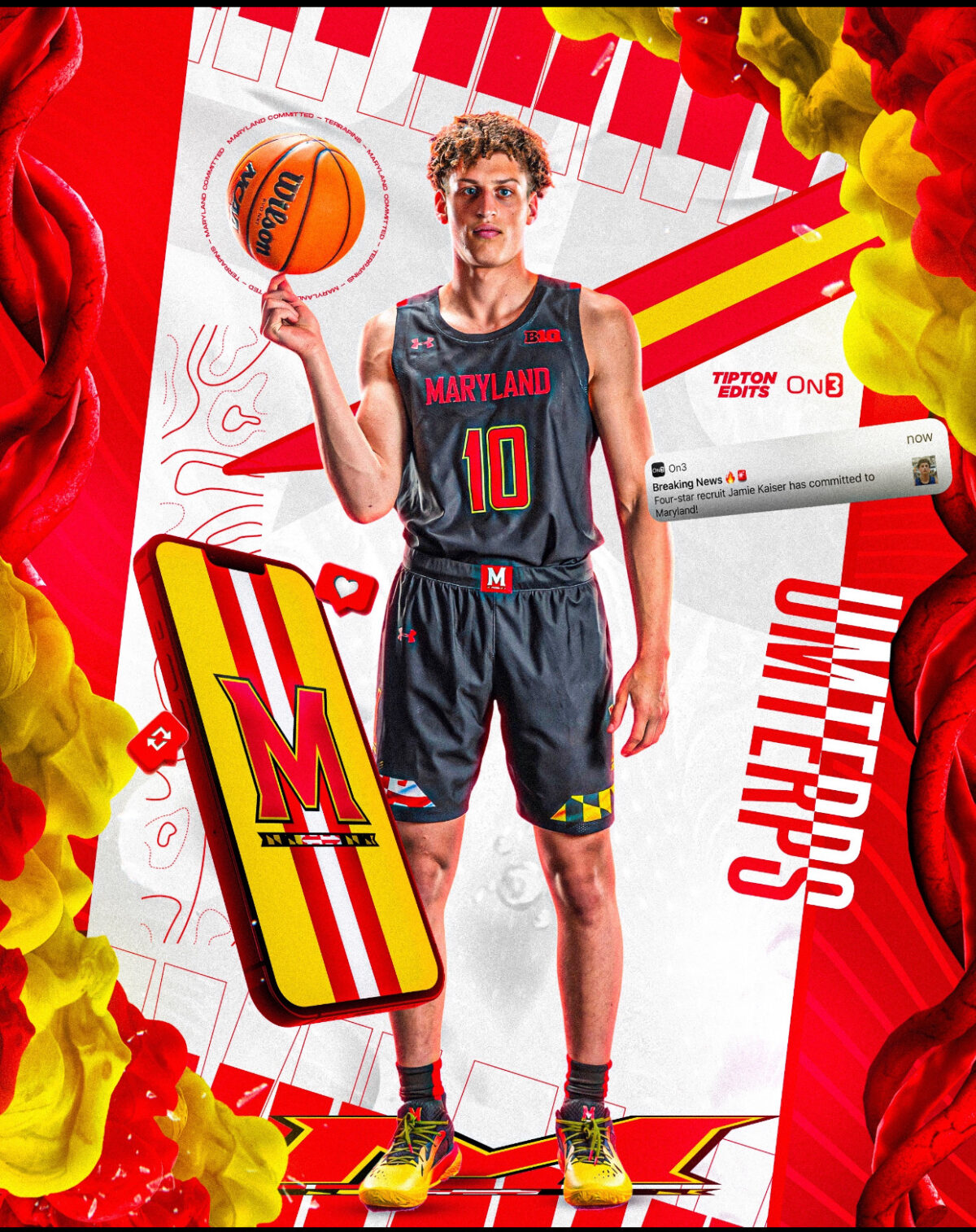 By ADAM ZAGORIA Jamie Kaiser, the 6-foot-6, 200-pound small forward from IMG Academy (FL) and the New World AAU program, is headed to Maryland. Ranked the No. 14 small forward per 247Sports.com, he chose the Terps over Indiana and Virginia after visiting campus this past Thursday. “That’s when I committed, yeah,” he said by phone ahead of his public announcement. “It’s home. Coach [Kevin] Willard said he’s going to give me a large role first day I step on campus. That’s really all I wanted from a program. I didn’t want to sit the bench or ride the pine or anything. I thought I was college-ready so I wanted to go to a place where they were going to use me right away.” Kaiser played his junior season at Bishop Ireton High School in Virginia but is set to play at IMG Academy as a senior. He led New World to an Adidas 3SSB championship last month. He was originally planning to play both quarterback in football and basketball at Maryland, but when Willard was hired in March he began heavily recruiting him for hoops. “Right when Willard got the job his first week, he said, ‘If you come here to play football, we have a spot on the basketball team for you.’ But when I dropped football, they pretty much were like, ‘We’re giving you a spot on the basketball team, do what you want with it.'” As for what skillset he will bring, Kaiser said, “I think I’m some that’s really tough and can shoot the ball at a high level and make his team better because I feel like I make winning basketball plays, whether that’s getting stops, taking charges, making the extra pass. And I think that’s what they need to bring back to start winning again like they did when they were in the ACC.” Kaiser is Maryland’s second Class of 2023 commit following small forward Jahnathan Lamothe. Kaiser said he hoped to recruit four-star Paul VI (VA) guard DeShawn Harris-Smith, who is down to a final five of Maryland, Penn State, Xavier, Indiana and Villanova. Follow Adam Zagoria on Twitter Follow ZAGSBLOGHoops on Instagram And Like ZAGS on Facebook