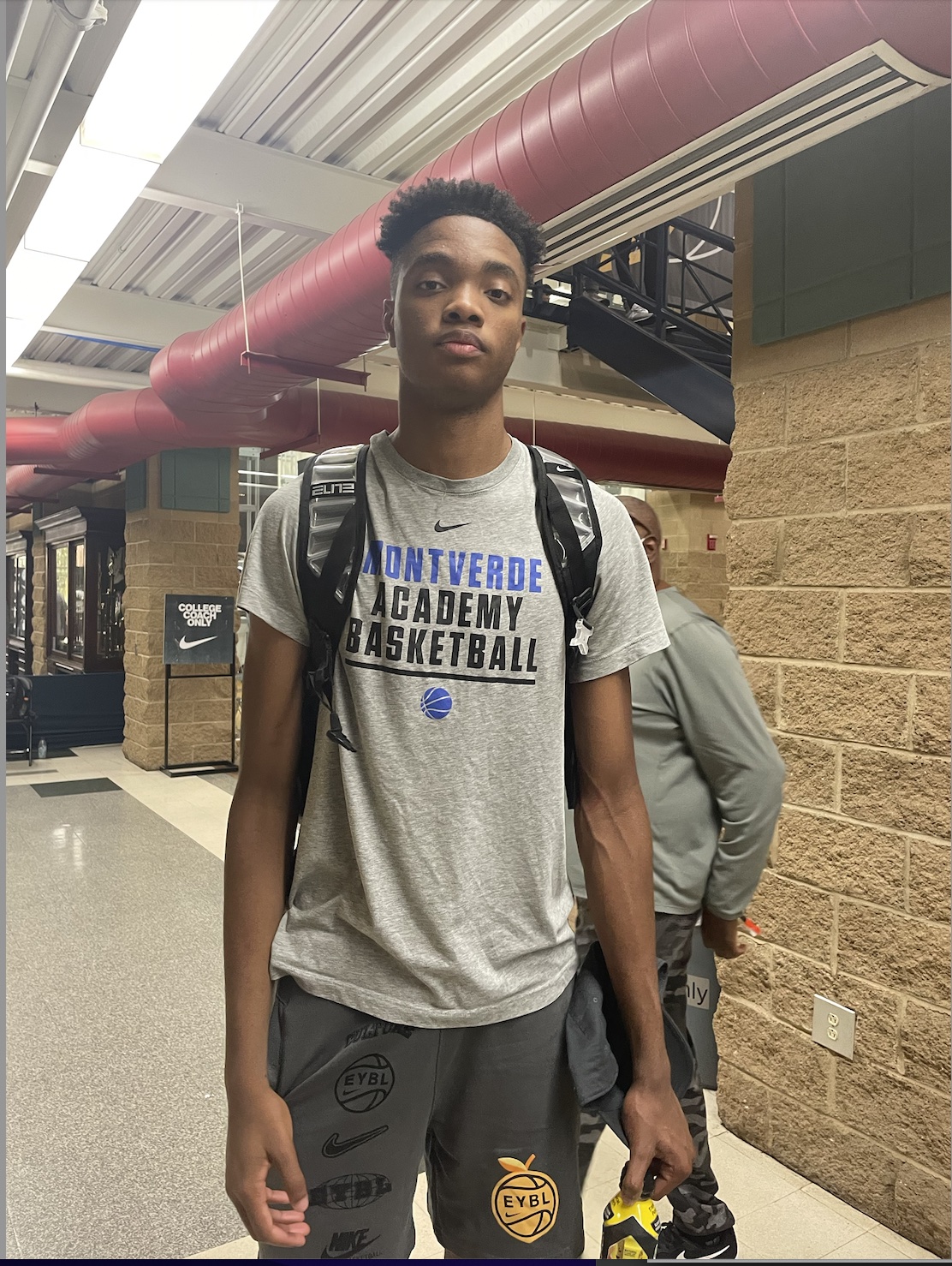 By JACOB POLACHECK Class of 2023 five-star forward Kwame Evans Jr. has committed to Oregon, he announced Tuesday. The 6-foot-9, 200-pound power forward from Montverde (FL) Academy and the Team Durant AAU Program, chose Oregon over his other finalists which included Auburn, Kentucky, Arizona and UCF. “Role will be a stretch four that can play with versatility on offense and guard four positions on defense,” Evans told ZAGSBLOG by text. “It will prepare me for the NBA by gaining valuable experience and working hard every day to achieve my goals!” “Dana Altman is a cool guy, family guy,” Evans told ZAGSBLOG at Peach Jam in July. “I know the coaching staff really well. It’s a really nice area.” Ranked by 247Sports Composite as the No. 2 power forward and No. 7 overall prospect in the nation, Evans joins four-star guard Jackson Shelstad in the Ducks’ 2023 recruiting class.  “I do it all really,” Evans said. “I can shoot off the catch. I can hit off the rebound and make the right play all the time. I’m just a team player.” In his interview with ESPN’s Paul Biancardi, Evans said he’s recruiting five-star forward and former Ducks commit Mookie Cook and four-star forward Jamie Kaiser to join him at Oregon. “He’s on it now,” Evans’ father, Kwame Evans Sr. told ZAGSBLOG. Evans averaged 12.0 points, 7.9 rebounds, 2.2 assists and 1.3 steals per game in 13 games with Team Durant on the Nike EYBL Circuit, helping lead his team to the Final Four of Peach Jam. “KJ has continued to develop into one of the most versatile players in High School Basketball,” Montverde head coach Kevin Boyle said. “He is outstanding and at 6-foot-11, he can guard multiple positions and has great NBA potential offensively both int the post and on the perimeter. We expect him to be one of the best players in high school basketball.” This story has been updated. Follow Jacob Polacheck on Twitter Follow Adam Zagoria on Twitter Follow ZAGSBLOGHoops on Instagram And Like ZAGS on Facebook