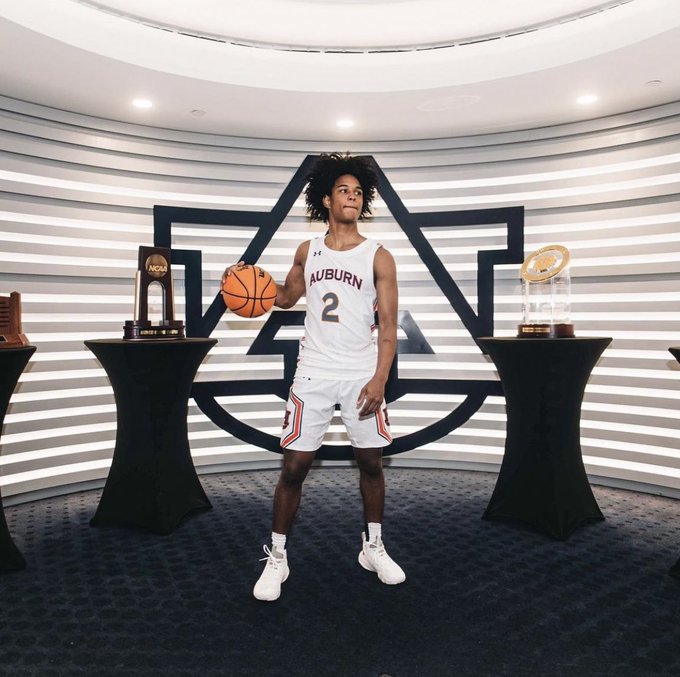 By JACOB POLACHECK Class of 2023 four-star guard Aden Holloway has committed to Auburn, he announced Monday.  The 6-foot, 155-pound point guard from Prolific Prep (CA) and the Team CP3 AAU Program, Holloway chose Auburn over Tennessee, Michigan, Memphis, Wake Forest and Notre Dame, among others.  Ranked by 247Sports Composite as the No. 5 point guard and No. 30 overall prospect in the nation, Holloway is the first commit in Auburn’s 2023 recruiting class. During the AAU season, Holloway averaged 16.0 points, 5.2 assists, and 4.2 rebounds per game for Team CP3. He also shot 41 percent from the field and 35 percent from three this season. Follow Jacob Polacheck on Twitter Follow Adam Zagoria on Twitter Follow ZAGSBLOGHoops on Instagram And Like ZAGS on Facebook