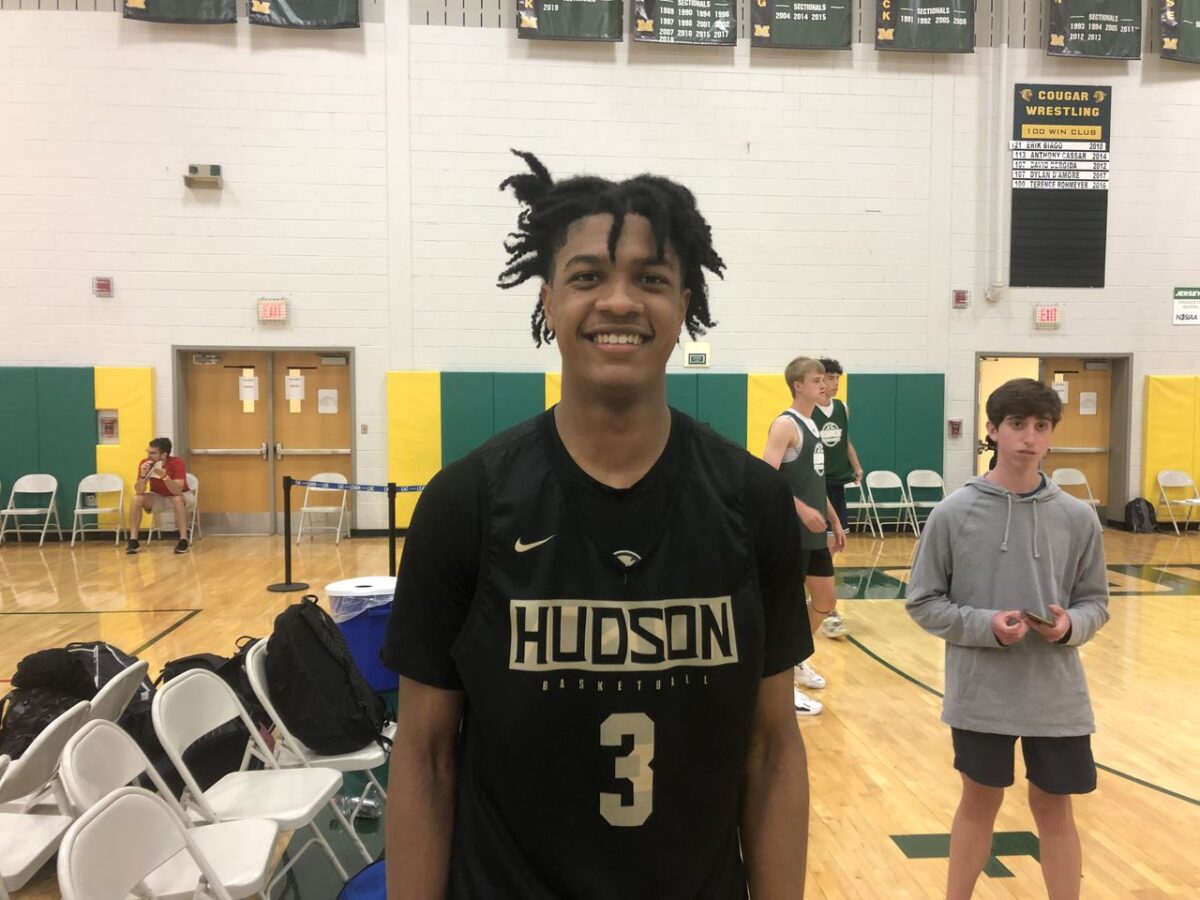 By ADAM ZAGORIA Elijah Gertrude, the 6-foot-3 combo guard from Hudson (NJ) Catholic and the Albany City Rocks, took an official visit to Virginia at the end of this past week and will next work on planning visits to Syracuse and Kansas. “The Virginia visit was good, it was great actually,” he said Sunday by phone. “Their message is Coach [Tony] Bennett feels I’m a great defensive player and I can take take that defensive effort to another level. “That’s just one of the main things that he was talking about. He feels I’m very skilled offensively and we can work on some things. Coach Bennett feels he can develop me offensively and defensively he can make me much better.”

Gertrude said “it felt like a family” because the staff remains in touch with former players. Bennett watched Gertrude several times at Peach Jam. Asked if the feels Virginia is making him a priority, he said, “Yes, yes, that’s what it feels like. Yes.” Gertrude has no other visits planned but is working on tripping to Syracuse and Kansas, potentially after the school year begins. Syracuse was three deep with Jim Boeheim, Red Autry and Gerry McNamara for him at Peach Jam, while Kansas had Norm Roberts at his games. As for the Syracuse message, “That’s one thing we’ve been talking about is the zone. They feel like I’m a skilled defender as well. They feel like I can be long in the zone, get a couple steals, get a couple dunks and they feel like offensively there are some things I have to work on, but they’re going to help me improve on those things.” As for Kansas, “Kansas, the relationship is developing. They’re saying the same thing: defense, defense, defense, so they feel they can help me develop my defense as well.” St. John’s, Seton Hall and Rutgers also remain in the mix. He previously visited St. John’s and Seton Hall in June. “St. John’s, we’re going to speak on it more but St. John’s is still very much an option,” he said. “I still speak to St. John’s, coach Shoes [Vetrone] and coach [Mike] Anderson.” He previously visited St. John’s and Seton Hall in June, and wants to get back. He wants to take more visits “when the students are on campus.” Follow Adam Zagoria on Twitter Follow ZAGSBLOGHoops on Instagram And Like ZAGS on Facebook