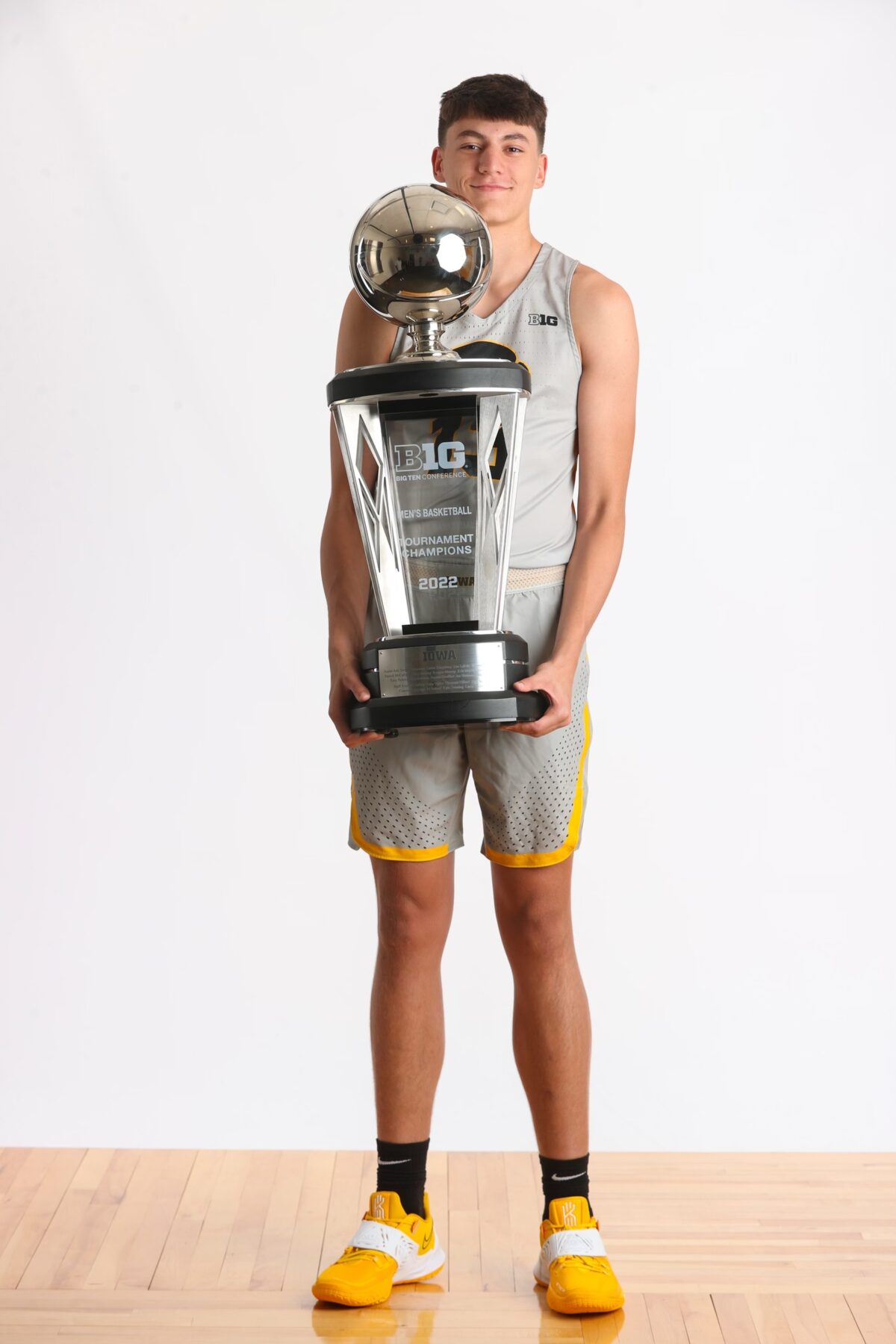 By ADAM ZAGORIA JP Estrella, the 6-foot-11, 210-pound center from Brewster Academy (NH) and the Middlesex Magic AAU program, took an official visit to Iowa this weekend and has one more visit planned to Syracuse beginning Thursday. He visited Iowa along with four-star small forward Pryce Sandfort of Waukee (IA). “The Iowa visit was good,” he said Sunday by phone. “I got to hang out with some of the players and all of the coaches. “They really want me, they really think I can fit into their offense really well. They think I can be one of those guys that has that culture piece to them and can really pull a team together.” Asked if he feels Iowa is making him a priority, he said, “Oh, definitely. They’re one of the schools I always hear from and I hear from them pretty much throughout the week.” He next heads to Syracuse Thursday. “They really want to have all five guys on the floor that are able to shoot the rock at a really high clip, and they think I’m one of those guys that can do that.,” he said of the Orange. “And they were my first offer so we’ve had that relationship for a while.” As for potentially fitting into the zone, he said: “I’m a big explosive four and they can put me right in the middle of that [zone] and they feel I can direct traffic. I’m a very vocal big, too.” He has no other visits planned after Syracuse and will evaluate his options at that point with his family. “As of right now, no,” he said. “I’m talking to a few schools. After the Syracuse visit, I’m going to reassess with my parents and if I need one, I may pull the trigger on one more visit. But if not, I’ll just figure out what school I’m going to go to.” He also listed Tennessee, Gonzaga and Kansas as potential options. He has taken both an official and an unofficial to Tennessee. “They really just want me to be a play-making big and they feel like I can fit that role really well,” he said of Tennessee. “With my AAU team, I’m a very vocal big, too. They really can just see myself mesh with the coaches and the players and the overall program in general.” Estrella has taken an unofficial to Kansas with his AAU team “so we just got to see the gym” and “I haven’t visited Gonzaga yet.” He’s not certain if he will visit either going forward. “If I were to go on another official visit, it would probably be one of those two,” he said. Duke is no longer in the mix. “No, I’m not going to go on a visit there anymore,” he said. As for a timetable on a decision, he said, “Not 100% on it. I think after the Syracuse visit I’m going to assess my options and talk with family and talk with coaches. If I’m ready to pull the trigger, I’ll pull it. “And if not, I may take a little time, maybe go on another visit. I’m just going to play it by ear after that visit.” Follow Adam Zagoria on Twitter Follow ZAGSBLOGHoops on Instagram And Like ZAGS on Facebook