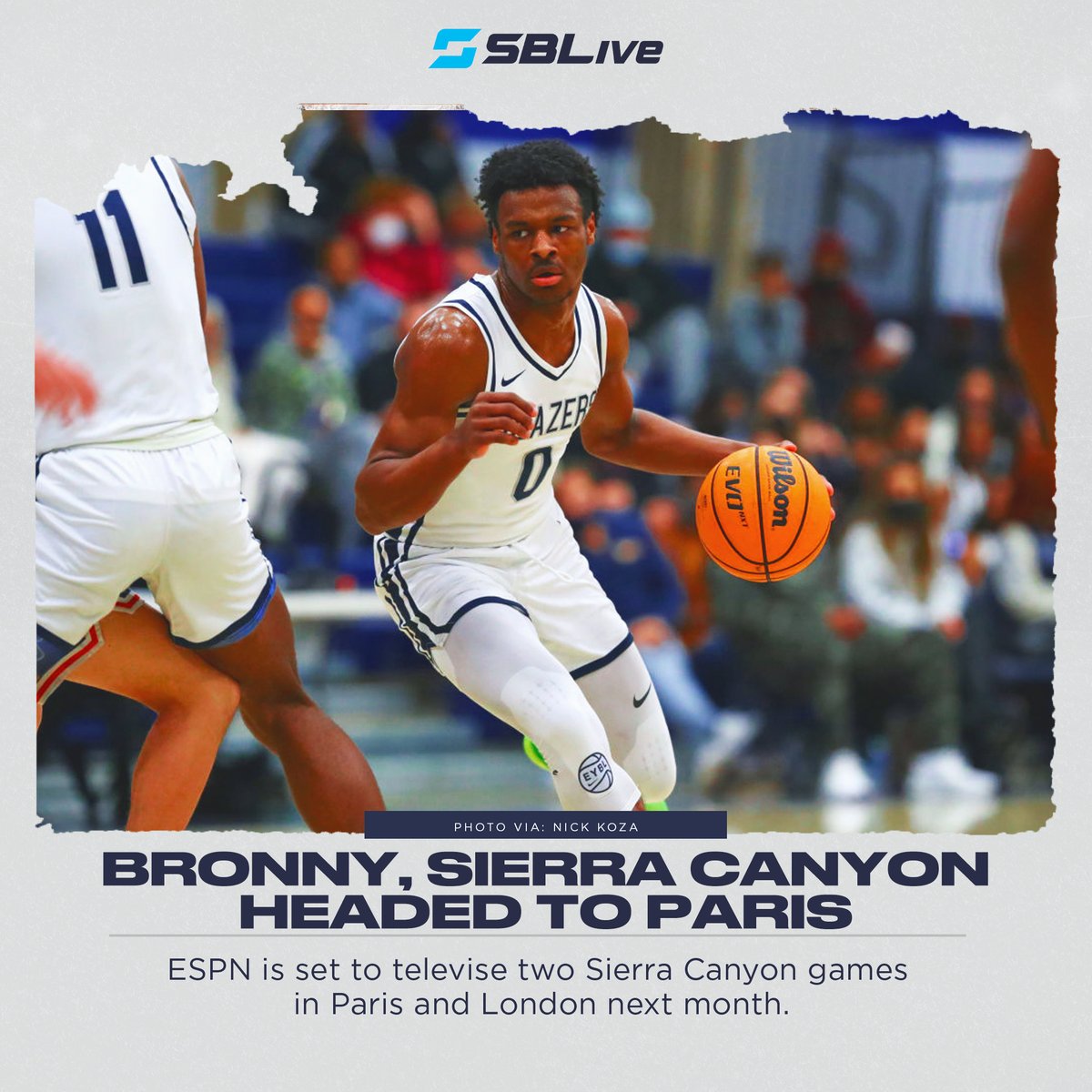 Bronny James, the eldest son of LeBron James, and the California Basketball Club (CBC) will play in the AXE Euro Tour August 11-18, with games in three different markets. The news was first reported by ZAGSBLOG on Twitter on Monday.

Bronny James and Sierra Canyon will travel to Paris and London next month for games that will be shown on ESPN, per sources.

Bronny and Strive for Greatness will also play Tuesday in Vegas in an ESPN game.

The European tour will start at The Copper Box Arena – Queen Elizabeth Park in London, England before heading on to Paris’ Palais des Sports Maurice Thorez in Nanterre, France and then finishing at Arena Altero Felici in Rome, Italy. The tour will feature CBC competing against three different U18 international teams.  The event tips off on Thursday, Aug. 11, with CBC taking on London’s Hoopsfix Elite on ESPNU.  The second leg of the trip will feature CBC against a U18 French Select Team on Monday, Aug. 15, on ESPN2.  The tour concludes with CBC facing Stella Azzurra from Rome on Thursday, Aug. 18 on ESPNU. The AXE Euro Tour, created by Paragon Marketing Group, will incorporate basketball along with an educational sightseeing experience for CBC with visits to historical sites in each city including: Buckingham Palace, London Tower, Big Ben, Eiffel Tower, Versailles Palace, Louvre Museum, Vatican, Rome Colosseum and Pantheon. The 2022 AXE Euro Tour – Television Schedule *Network subject to change California Basketball Club – Key Players (Including ESPN 100 and ESPN 60 Player Rankings) Edit via: SBLiveSports Follow Adam Zagoria on Twitter Follow ZAGSBLOGHoops on Instagram And Like ZAGS on Facebook