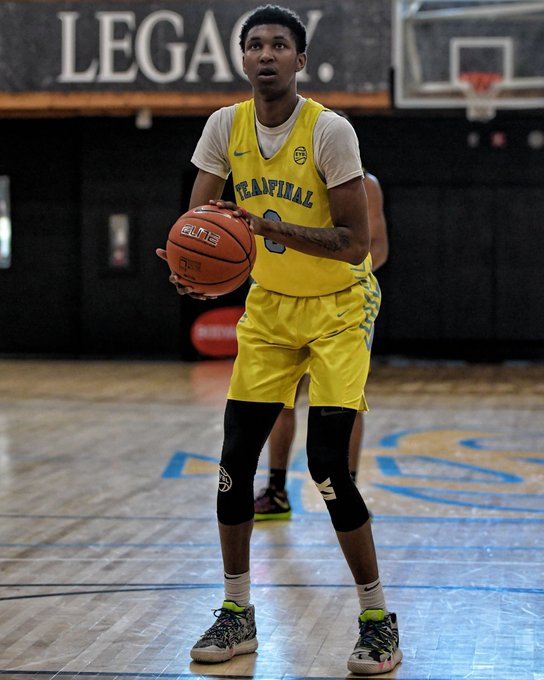 By JACOB POLACHECK Justin Edwards, the 6-foot-7, 180-pound small forward from Imhotep Institute (PA) and the Team Final AAU Program, has committed to Kentucky, he announced Monday with CBS Sports HQ. “I will be attending the University of Kentucky,” he said in his announcement. “It really came down to me following my dreams and me always wanting to play for Kentucky.” Ranked by 247Sports Composite as the No. 3 overall prospect in the nation, Edwards joins five-star guards Robert Dillingham and Reed Sheppard in the Wildcats’ 2023 recruiting class. He chose Kentucky over his other finalist Tennessee after previously eliminating Auburn, Maryland, Kansas, Villanova, and the NBA G-League. “Justin is very talented. He can really shoot it and beat guys off the dribble,” Imhotep Institute coach Andre Noble said. “At 6-7 with guard skills, he is a tough matchup. He is a high character and hard working young man as well.” Follow Jacob Polacheck on Twitter Follow Adam Zagoria on Twitter Follow ZAGSBLOGHoops on Instagram And Like ZAGS on Facebook