Five-star K.J. Evans is down to 4 schools, will decide in August | Zagsblog
Follow @adamzagoria 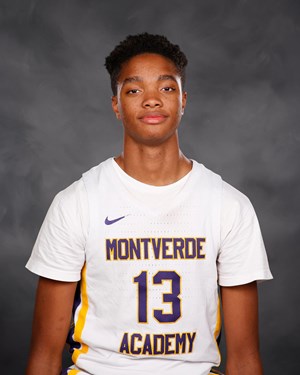 By ADAM ZAGORIA K.J. Evans, the five-star 6-foot-9, 200-pound power forward from Montverde (FL) Academy, is down to four schools and expects to make a decision before returning to Montverde (FL) Academy on Aug. 15, his father told ZAGSBLOG. Evans is down to Arizona, Auburn, Kentucky and Oregon, Kwame Evans said. “Decision in August before returning back to school,” Kwame said. Evans, who excelled this week at NBA Top 100 Camp, previously broke down his options: Kentucky: “The coaches were straight to business and want me to come up there and produce and they hold people to a higher standard and they get guys into the league.” Oregon: “I have a good relationship with Dana Altman and he’s just a good coach and he wants me to make my dreams happen and it’s nice place for school as well.” Arizona: “Their message to me was [they] develop players and ultimately win” and they will “get you to the NBA.” Auburn: “They want to help me become a great basketball player and great person and they want to see me make my dreams come to reality and they have a family atmosphere.” Evans figures to play an even bigger role at Montverde under legendary coach Kevin Boyle next season after the program won its sixth GEICO High School National championship in March. Evans had 11 points in the final over Link Academy. Montverde loses Dariq Whitehead (Duke), Dillon Mitchell (Texas), Jalen Hood-Schifino (Indiana) and Malik Reneau (Indiana) but has reloaded with a group of talented younger players. Follow Adam Zagoria on Twitter Follow ZAGSBLOGHoops on Instagram And Like ZAGS on Facebook