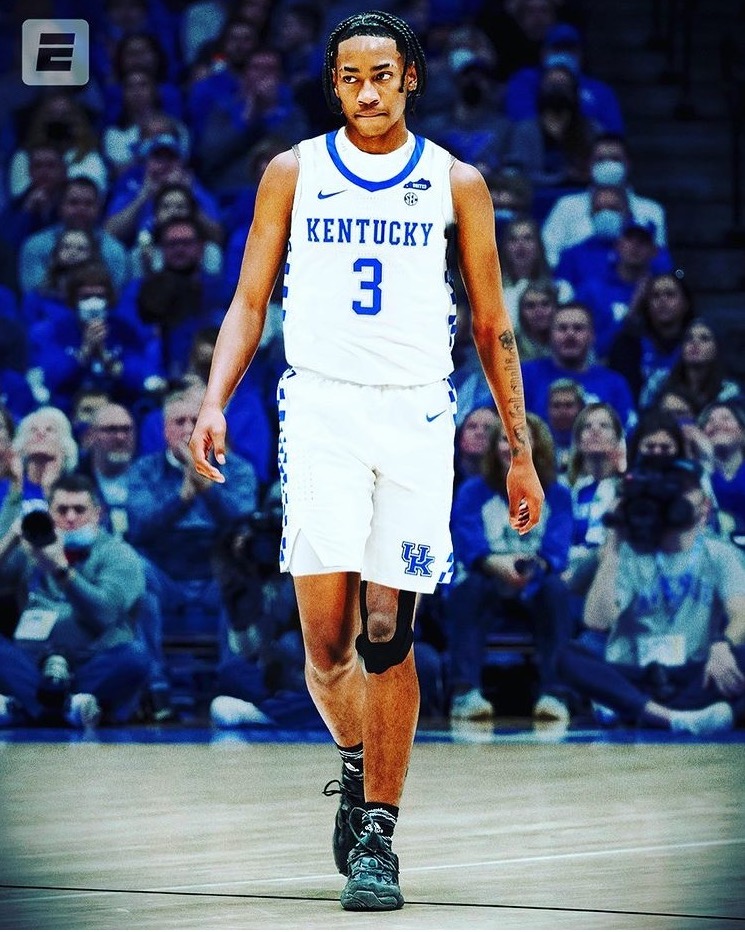 By JACOB POLACHECK Class of 2023 five-star guard Robert Dillingham has committed to Kentucky, per ESPN. The 6-foot-2, 165-pound point guard from Donda (CA) Academy, chose Kentucky over Auburn, USC and Louisville. “If you put in the work at Kentucky and Coach Cal thinks you are good enough to make it, then it will happen for you,” Dillingham told ESPN. “When I visited Kentucky, it was incredible. They explained everything. The basketball, academics, strength and conditioning, NIL.” Dillingham was previously committed to N.C. State before reopening his recruitment earlier this year. He took an official visit to Lexington for the Kentucky’s Blue-White Game in October. Ranked by 247Sports Composite as the No. 1 point guard and No. 7 overall prospect in the nation, Dillingham joins five-star guard Reed Sheppard in the Wildcats’ 2023 recruiting. class. “I have known him since we were younger,” Dillingham said. “He’s got sneaky bounce and is a knock-down shooter.” Kentucky remains in the mix for several Class of 2023 prospects, including D.J. Wagner, Ron Holland, Justin Edwards and Aaron Bradshaw. Louisville is seen by many as the frontrunner for Camden, N.J.’s Wagner after the school hired his grandfather, Milt Wagner, as Director of Player Development and Alumni Relations, but Dillingham feels they could play well together. “I really feel we could feed off each other by scoring and making assists,” Dillingham said of Wagner. “We could easily play together and learn from each other. DJ is crazy good. He is one of the toughest players I have seen. A shot-maker and scorer.” Follow Jacob Polacheck on Twitter Follow Adam Zagoria on Twitter Follow ZAGSBLOGHoops on Instagram And Like ZAGS on Facebook