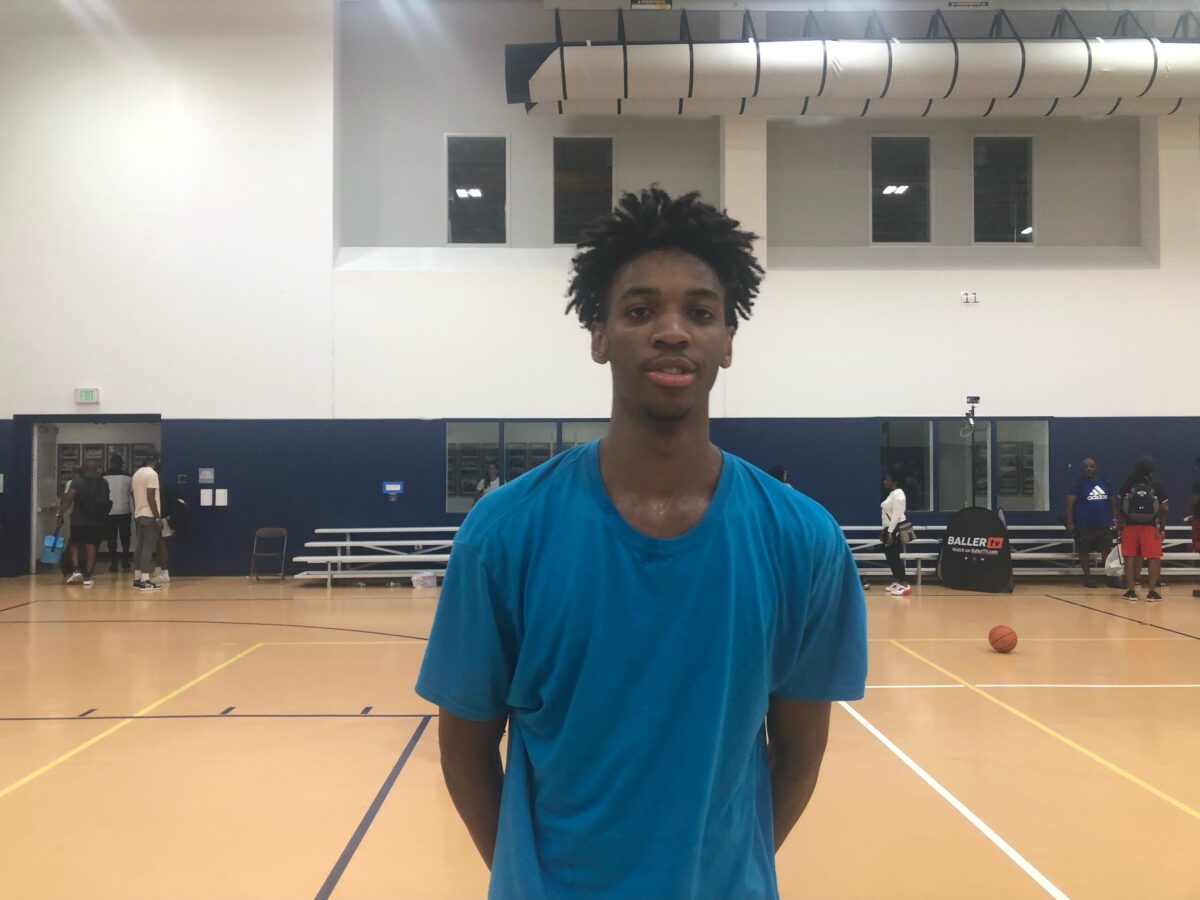 By ADAM ZAGORIA BLAIRSTOWN, N.J. — Al Amadou, the 6-foot-9, 195-pound four-star small forward from Chestnut Hill Academy (PA) and the Philly Pride, will begin to narrow down his list of schools later this summer. St. John’s, Marquette, Georgia Tech, Miami and VCU are among the schools pursuing the athletic multi-facted wing who is ranked the No. 18 power forward in the Class of 2023 247Sports.com Compositie. “I’m planning on [visiting] Georgia Tech and St. John’s,” Amadou, who was born in West Philadelphia to a mother from the Ivory Coast and a father from Mali, said Friday at the Mid-Atlantic Independent School Team Camp at Blair Academy. “Maybe Georgia Tech in July, St. John’s in September.” St. John’s head coach Mike Anderson and assistant Van Macon were both at Blair, as were Marquette’s Shaka Smart and Cody Hatt. He broke down several options: St. John’s: “They up and down, they play the passing lanes, they fast, just run the floor. It’s position-less, so I’ll be the 3, 4, 5, plus I can guard anybody on the floor. So they’ll just have me everywhere.” Marquette: “They need a skilled a 3 and 4, somebody to play the wing, run the floor, put-back dunks. Be able to catch and shoot, put the ball on the floor, stuff like that.” Georgia Tech: “Same thing pretty much. They want somebody versatile because I feel like I can do anything coach can ask me to. Put me on anywhere on the floor.” He added: “When I’m playing well, iIm talking to everybody defensively, getting stops, [making] catch-and-shoot threes, keeping it simple and rebounding at a high rate.” As for a timetable on a decision, Amadou said, “I’m planning to make a decision at the end of the year.” Follow Adam Zagoria on ZAGSBLOG Follow ZAGSBLOGHoops on Instagram And Like ZAGS on Facebook