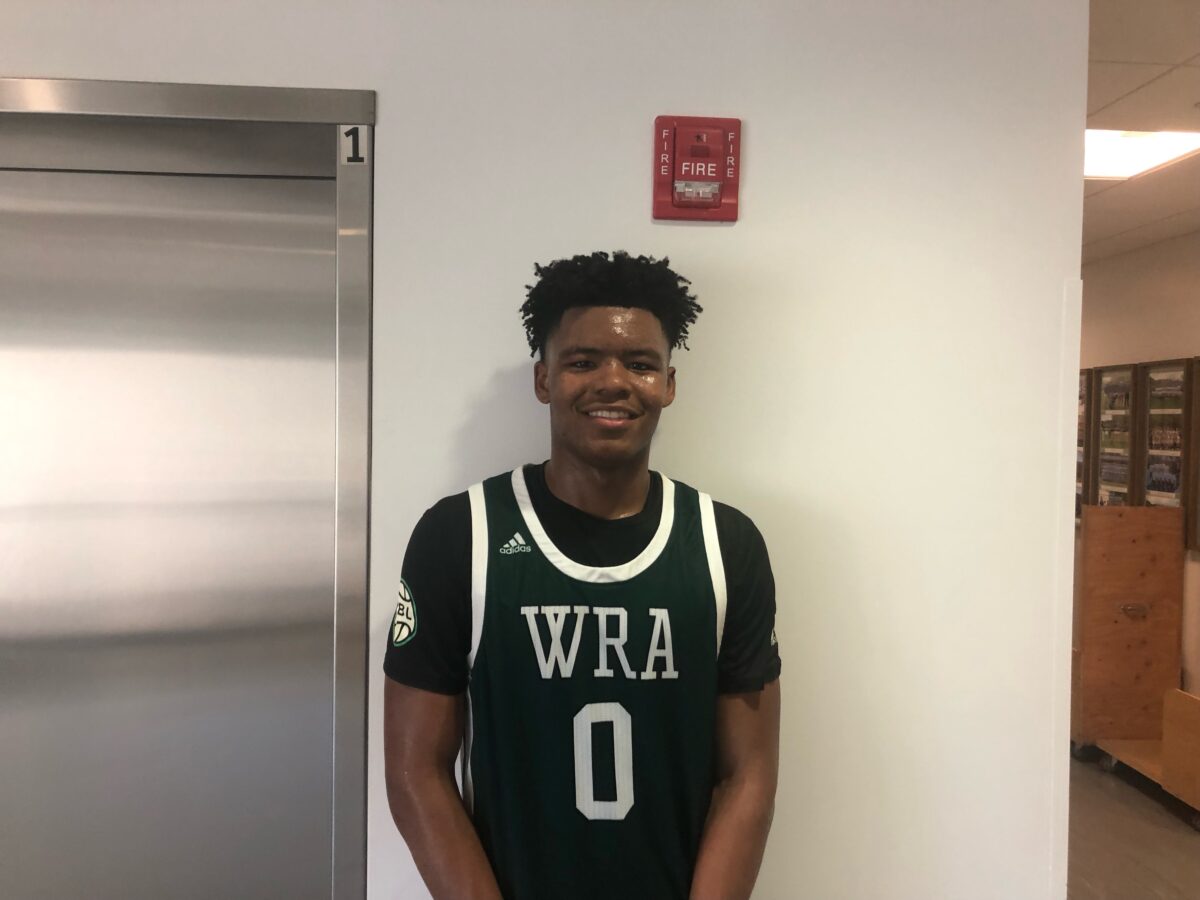 By ADAM ZAGORIA BLAIRSTOWN, N.J. — Trey Autry remains “fully open” in his recruitment, but he notices one school paying him more attention than the others. “I definitely think Rhode Island,” the 6-foot-4, 200-pound Class of 2023 shooting guard from Western Reserve Academy (OH) said Friday at the Mid-Atlantic Independent School Team Camp at Blair Academy. “Coach Archie Miller and his coaching staff reach out a lot. I’d say the most consistent is Rhode Island. “I got a bunch of other different schools, but I’d say that Rhode Island reaches out probably the most.” Rhode Island’s Miller and assistant Duane Woodward sat courtside at Blair to watch Autry, the son of former Syracuse star and current Syracuse assisant Adrian “Red” Autry.” He has yet to visit the Atlantic 10 school but said, “We’re trying to set that up.” Autry also holds offers from Nebraska, Maryland, Santa Barbara and others, and said he hears from Maryland “once or twice a week.” He also picked up an offer from George Washington over the weekend. Trey claims he’s been able to beat his father in one-on-one for some time now. “Oh my God, for a while,” he said. He added of his dad: “It’s really nice. Obviously, he knows a lot in the game and he gives me a lot of tips and pointers, just how to be a good leader on my team, how to get my teammates involved. It’s really a nice resource to have.” Autry was impressive using his strong frame to take charge with his all-court game while also shooting from range in his team’s games this weekend. He hit the game-winner Friday night.

“I’m a pretty good defender, I’m pretty athletic, I got a high IQ,” he said. “I’m a really good 3-point shooter and a scorer. I’ve developed into a pretty good leader. I like to encourage all my teammates and I’m pretty high-intensity, high-level guy.” As for a timetable on a college decision, he said. “I really do like the [Rhode Island] coaching staff but I don’t have a date set. I’m just playing, not focusing on it.” He added a decision could come “before my high school season this year so I can be able to focus on my grades, digging down in the books and enjoy my senior season.” Follow Adam Zagoria on Twitter Follow ZAGSBLOGHoops on Instagram And Like ZAGS on Facebook