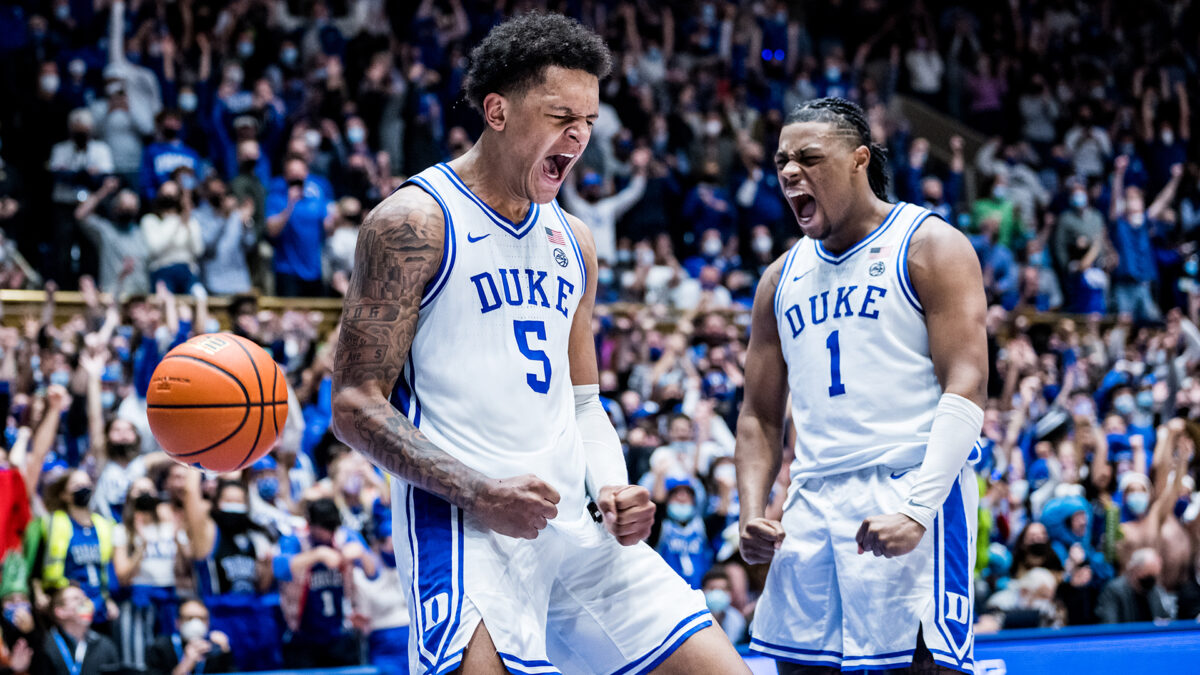 By CHARLIE PARENT Twenty-three years after Duke had four players selected in the first round of the NBA Draft (Elton Brand, Trajan Langdon, Corey Maggette, and William Avery) the Blue Devils are looking to break the program’s record this year, and tie Kentucky’s 2010 record with five first-round picks. Like Brand in the 1999 class, this year’s Duke class features one of the top players in Paolo Banchero. Then, there’s the lottery pick A.J. Griffin, whose stock is similar to that of Langdon, Maggette, and Avery.  What this year’s class does have, unlike the 1999 Blue Devils, is uncertainty. Trevor Keels, Wendell Moore, and Mark Williams are all regarded as potential first-rounders, though they can fall into Round 2 easily.  Still, Duke associate head coach Chris Carrawell is hopeful all five guys can sneak into the first round and is ecstatic for them to potentially break the school’s record.  “Although you’d like to see these young guys come back, [they’ve] got a chance to be a first-round pick and so anytime you get that opportunity to have five guys,” Carrawell said. “I want them to beat that. That would be a great thing for us and so for us, everybody gets to the see that.” Carrawell continued and touched upon Keels making the decision to keep his name in this year’s draft. The former five-star was one of the most well known prospects on the fence, but ultimately decided to stay in the draft. “Really torn, he was torn man. When these guys make the decision, I just try to support them,” Carrawell said. “Of course, we want you back, I one hundred percent said that plenty of times, like we want you back, but once they make the decision to test, I’m one hundred percent in support.” He continued, “It’s a lot of pressure, a lot of anxiety that goes into all of this man. You’re on a ton of job interviews and for an 18-year-old kid, that’s a lot. Once they decide I say hey man whatever you need, I got you. If you want to talk, I’m here for you. All the way up, he was torn, he was really torn.” Keels is currently projected to go 35th to the Orlando Magic in ESPN’s Jonathan Givony’s latest mock. Follow Adam Zagoria on Twitter Follow Charlie on Twitter Follow ZAGSBLOGHoops on Instagram And Like ZAGS on Facebook

Duke big man Mark Williams has worked out for the Knicks