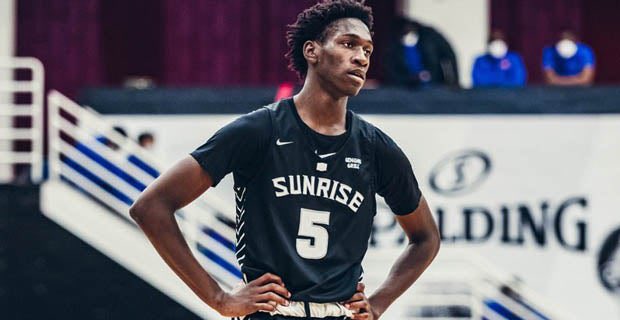 By ADAM ZAGORIA Scotty Middleton, the 6-foot-7, 175-pound forward from Sunrise Christian (KS) and Brad Beal Elite, is poised to take official visits to two Big East schools. Ranked the No. 8 small forward in 2023 per 247Sports.com, he will visit Seton Hall beginning June 12 and UConn June 21-23. The former Patrick School (N.J.) forward recently cut his list to a top five of Ohio State, Kansas, UConn, Seton Hall and Texas A&M. Pirates coach Shaheen Holloway attended St. Patrick High School, the predecessor to The Patrick School, and began recruiting Middleton there. “Everybody saw what Coach Holloway did with Saint Peter’s last season, making his guys just play with that grit and toughness,” he said. “Just his really good coaching and the way he develops his players on and off the court.” Meantime, UConn coach and New Jersey native Dan Hurley also began recruiting him at The Patrick School, along with assistant Kimani Young. “They have a culture and Dan Hurley always makes his guys go hard,” he said. “Also, me and Coach Kimani [Young] have a really good relationship.” Follow Adam Zagoria on Twitter Follow ZAGSBLOGHoops on Instagram And Like ZAGS on Facebook