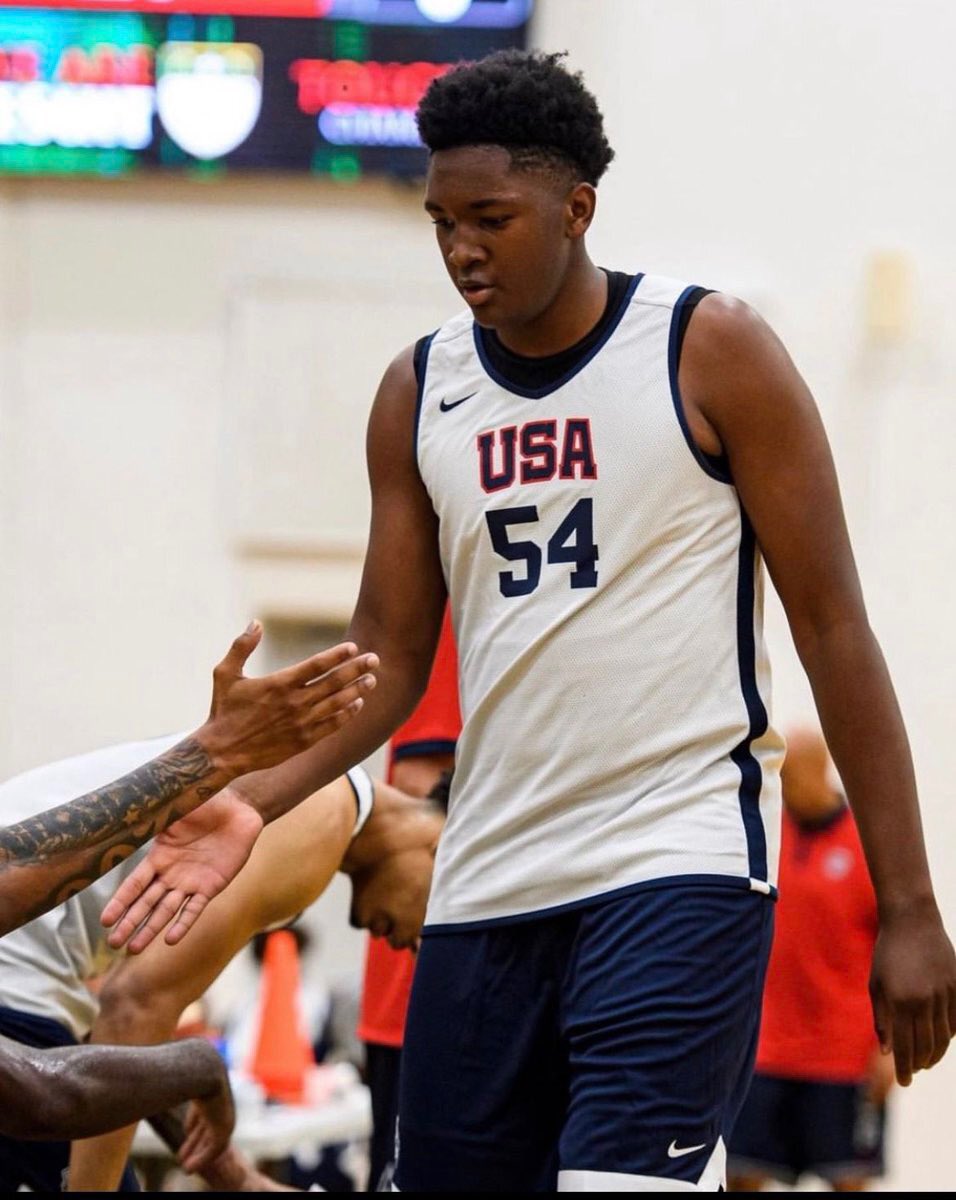 By ADAM ZAGORIA Derik Queen is only 17 years old and was the only member of the Class of 2024 invited to try out this summer for the USA U18 National Team. When the roster was cut from 27 to 17, the 6-foot-9 Queen was still in the mix and hopes to ultimately be among the final 12 spots on the U18 team that will compete at the 2022 FIBA U18 Americas Championship in Tijuana, Mexico, from June 6-12. The final roster will be announced Friday. “The experience is real good,” Queen, a Baltimore native ranked the No. 1 center in the Class of 247 Composite rankings, said by phone from training camp in Houston. “It’s a pleasure to get invited and make it to one of the finalists of the cuts.” As the one of the few remaining big men in the mix, Queen is trying to show the coaches “how I can impact the game besides scoring” by rebounding, playing defense and “making plays for my teammates, talking and knowing where everybody’s supposed to be.” “Derik has a very versatile skill set for his size,” USA Basketball coach Don Showalter said. “He is one of the youngest players in the U18 training camp and I think he has grown a lot as a basketball player during this camp. I especially like to way he competes on the court every play and obviously loves the game.” Queen is no stranger to hard work. He played for legendary coach Kevin Boyle on a loaded Montverde team that won an unprecedented sixth GEICO High School National championship in March. That team featured a slew of Division 1 commits including Dariq Whitehead (Duke), Malik Reneau (Indiana), Jalen Hood-Schifino (Indiana) and Dillon Mitchell (Texas). “Oh, it’s rough,” he joked of playing for Boyle. “From my ninth grade until now, I made a huge jump and I love playing under coach Boyle.” Queen said his mother originally wanted him to get out Baltimore and go to Montverde outside Orlando “because it’s dangerous where I’m from.” As far as his recruitment, Queen said it’s still early in the process “because they still can’t talk to me.” Coaches won’t be able to initiate conversations with him until Jan. 15. He said Kentucky was a dream school for him “when they had Malik Monk and all the other good players, but now it’s not really [any dream school]” for him. He listed offers from a Who’s Who of programs, including Alabama, Syracuse, Georgetown, Maryland, Virginia Tech, Indiana and Texas, among others. He has no plans to take any visits as of now. “Not yet,” he said. For now he’s looking forward to playing with Team Thrill on the Under Armour circuit and hopefully competing for a gold medal with Team USA. “It means a lot because I’m competing for my country,” he said. Follow Adam Zagoria on Twitter Follow ZAGSBLOGHoops on Instagram And Like ZAGS on Facebook