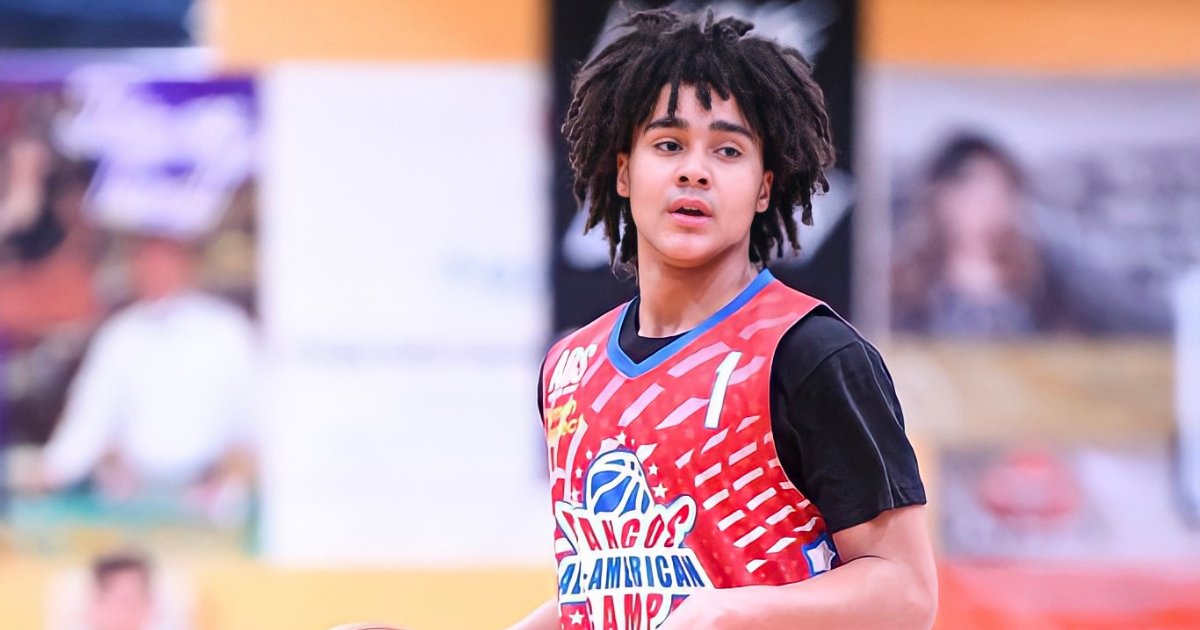 By ADAM ZAGORIA Elliot Cadeau’s spring and summer schedule is filling up. The 6-foot-1 Class of 2024 point guard from Bergen Catholic (N.J.) has set one official visit for the fall and will also head to Sweden next month to train with that nation’s U18 National team. He will also do some camps while there to promote his Swedish NIL brands. Cadeau is the first high school player in the U.S. with international NIL deals, as I first reported last month over on NJ.com. Cadeau’s mother, Michelle, is Swedish and he has a dual passport. He wants to help “spread the love of basketball” in a country that has produced just three NBA players, none of whom are active. On the recruiting front, Cadeau has set one official visit to Texas Tech the weekend of Sept. 24. He has previously called it his “dream school.” “When I was a kid, my AAU coach and all the people around me were really big on defense and that’s something I took pride in,” Cadeau told On3.com. “When I was young, I used to never shoot the ball. I would just be a passing point guard that plays a lot of defense. Texas Tech caught my eye because when I was younger they had the number one defense in the country. They were just the team I fell in love with watching when I was younger. No other team really caught my eye, except for them. I was a really big fan of them.” He told NJ.com Texas Tech, Syracuse and Tennessee were recruiting him the hardest. Cadeau is the No. 1 ranked point guard in the Class of 2024 per 247Sports.com, but could reclassify to 2023. “He has always been set up academically so the option is there for that,” his mother told ZAGSBLOG. Follow Adam Zagoria on Twitter Follow ZAGSBLOGHoops on Instagram And Like ZAGS on Facebook