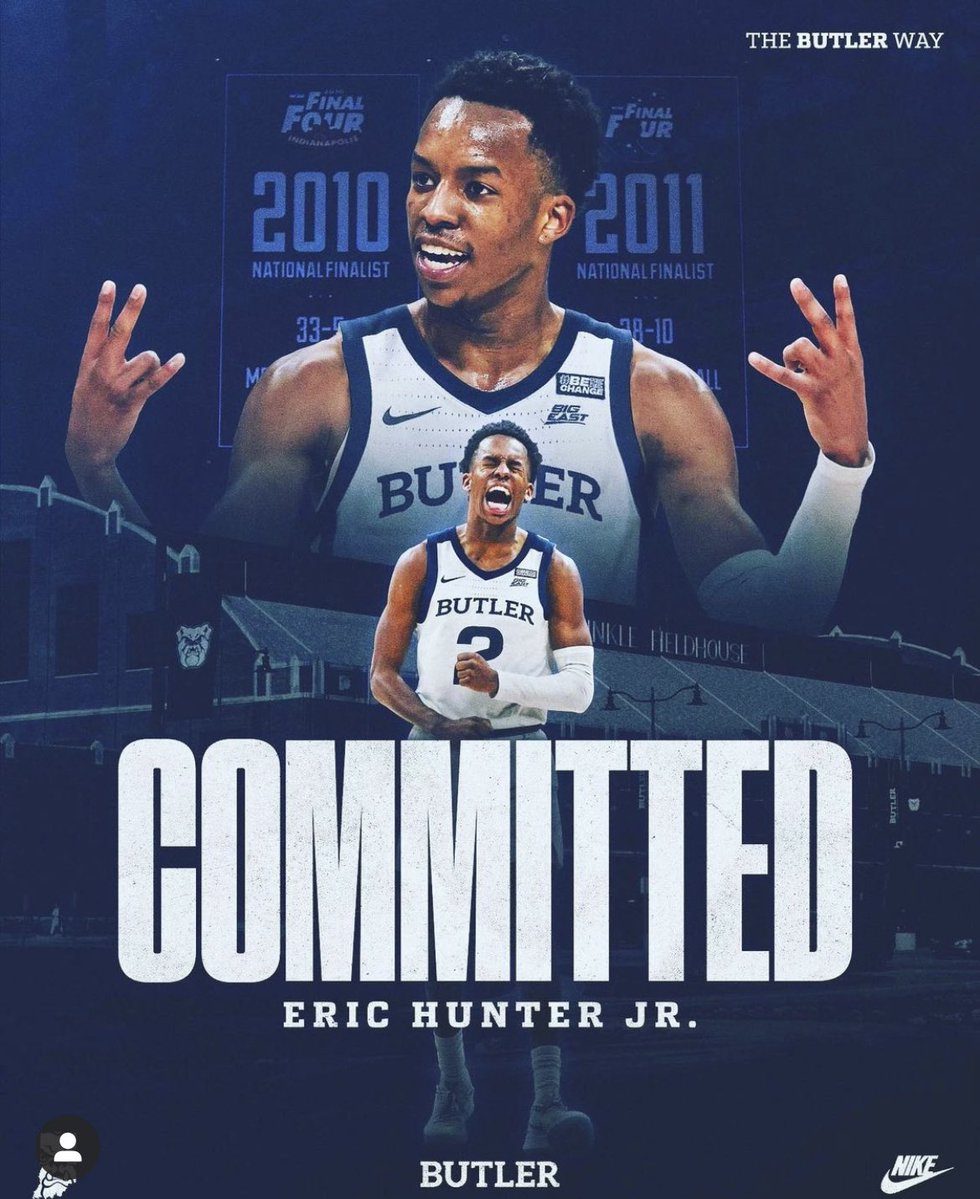 Butler has added guard Eric Hunter Jr. from Purdue as a graduate transfer for the upcoming 2022-23 season, the school announced. He will utilize the additional season of eligibility provided by the NCAA due to the COVID-19 pandemic.

Hunter was named to the Big Ten’s All-Defensive Team while also shooting 54 percent from three-point range in Big Ten play during his senior season with the Boilermakers.

“Eric knows how to win,” said Butler coach Thad Matta. “He’s played in big games and that experience will benefit our team on the court and in the locker room. Eric takes pride in being a solid defender and a steady floor general. He can make plays for others and finish possessions by hitting shots.”

Hunter returns to his hometown of Indianapolis, where he led Tindley Prep to its first state title as a junior in 2017. He ended his prep career as the all-time leading scorer in Marion County and the No. 7-ranked scorer in Indiana history (2,584 points). Hunter was named Indianapolis City Player of the Year in both 2017 and 2018.

Matta has supplemented a young, talented group of Bulldogs with several quality additions from the transfer portal since taking over the Butler program in early April. Hunter joins North Carolina State Manny Bates, Georgia State big man Jalen Thomas, and Akron wing Ali Ali in committing to Butler for the upcoming campaign. (Release via Butler) Follow Adam Zagoria on Twitter Follow ZAGSBLOGHoops on Instagram And Like ZAGS on Facebook