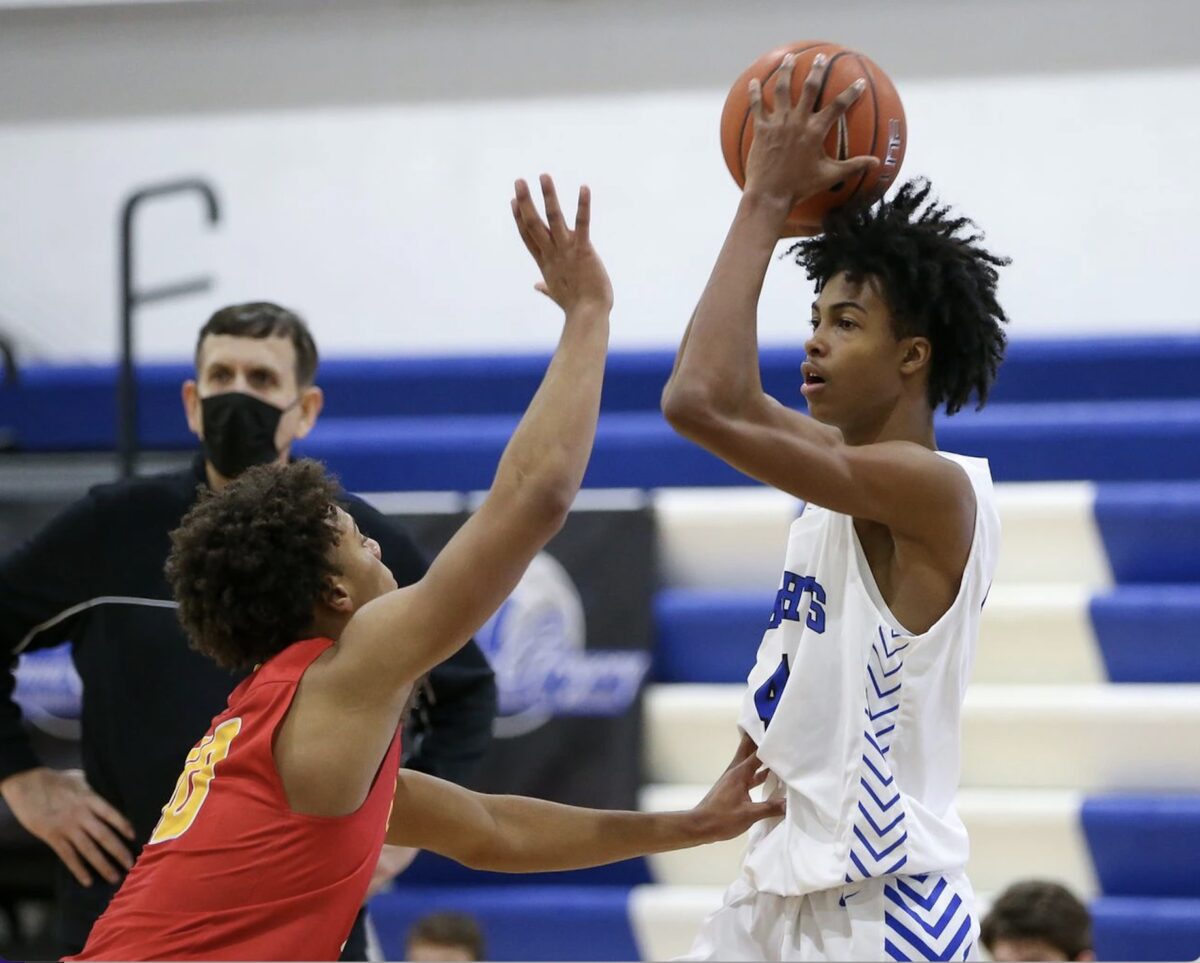 By JACOB POLACHECK ATLANTA – Naasir Cunningham, the No. 1-ranked prospect in the class of 2024, is signing with Overtime Elite, source confirms to ZAGSBLOG Monday. ESPN’s Jonathan Givony was first to report the news. Cunningham, a 6-foot-7, 180-pound small forward out of Gill St Bernards (NJ), is the highest-ranked recruit to ever sign with Overtime Elite and is the first player in league history to opt for OTE’s new “scholarship” option, allowing players to eschew a salary and maintain NCAA eligibility. “To be elite, you have to want to compete against the best, and that is exactly why Naasir has chosen to join Overtime Elite,” said Kevin Ollie, OTE Head Coach and Director of Player Development. “Naas is that rare athlete that is not only blessed with talent, but also innate leadership qualities, and a relentless desire to get better. We can’t wait to welcome him to Atlanta and to get to work”. As a sophomore at Gill St. Bernards, Cunningham averaged 13.8 points, 6.8 rebounds, 2.7 assists, 1.1 steals, and 1 block per game. Cunningham joins OTE’s 19 returning players – a group of elite basketball talent seeking an alternative and accelerated path to a professional basketball career. He is the eighth five star recruit to join OTE, since the league launched in 2021.  “Before I knew his name, rank, or background, Naasir was one of the first prospects I evaluated upon joining OTE,” said Tim Fuller, VP Recruiting and Player Personnel. “I saw his lightning speed in transition, ability to slash and score in tight spaces, and soft touch on his jump shot and knew he would be a great fit for Overtime Elite. His elite talent and his phenomenal support system in his father Erik and his mom Felicia will be great additions to our OTE family.” OTE finished its inaugural season in March, with Team Elite capturing the first OTE championship defeating Team OTE 52-45 in the decisive third game of the best-of-three series. Ausar Thompson was named Finals MVP after averaging nearly a double-double with 17 points, 9 rebounds. 4 assists and 2 blocks per game. Cunningham joins 2022 NBA Draft prospect Dominick Barlow as the second player from New Jersey to join the Overtime Elite Program. “I just showed Naas everything that OTE had to offer and let him make the decision,” Barlow said. “I didn’t want to pressure him into making a decision. He’s a bright young kid. I knew he would make a smart decision.” Barlow describes Cunningham as a “three-level scorer with crazy athleticism”. “He does a little bit of everything,” Barlow said. “He can handle and shoot at a high-level. He can defend multiple positions. He’s really a special talent.” Every contracted OTE player is offered a six-figure salary, with a guaranteed minimum salary of at least $100,000 per year, plus bonuses and shares of equity in Overtime. In addition, players will participate in revenue from use of their name, image and likeness, including through sales of custom jerseys, trading cards, video games and NFTs. This year’s players have the option to choose a scholarship or salary option.  Follow Jacob Polacheck on Twitter Follow Adam Zagoria on Twitter Follow ZAGSBLOGHoops on Instagram And Like ZAGS on Facebook

Four-star forward Tyrell Ward down to final 3, will announce Saturday