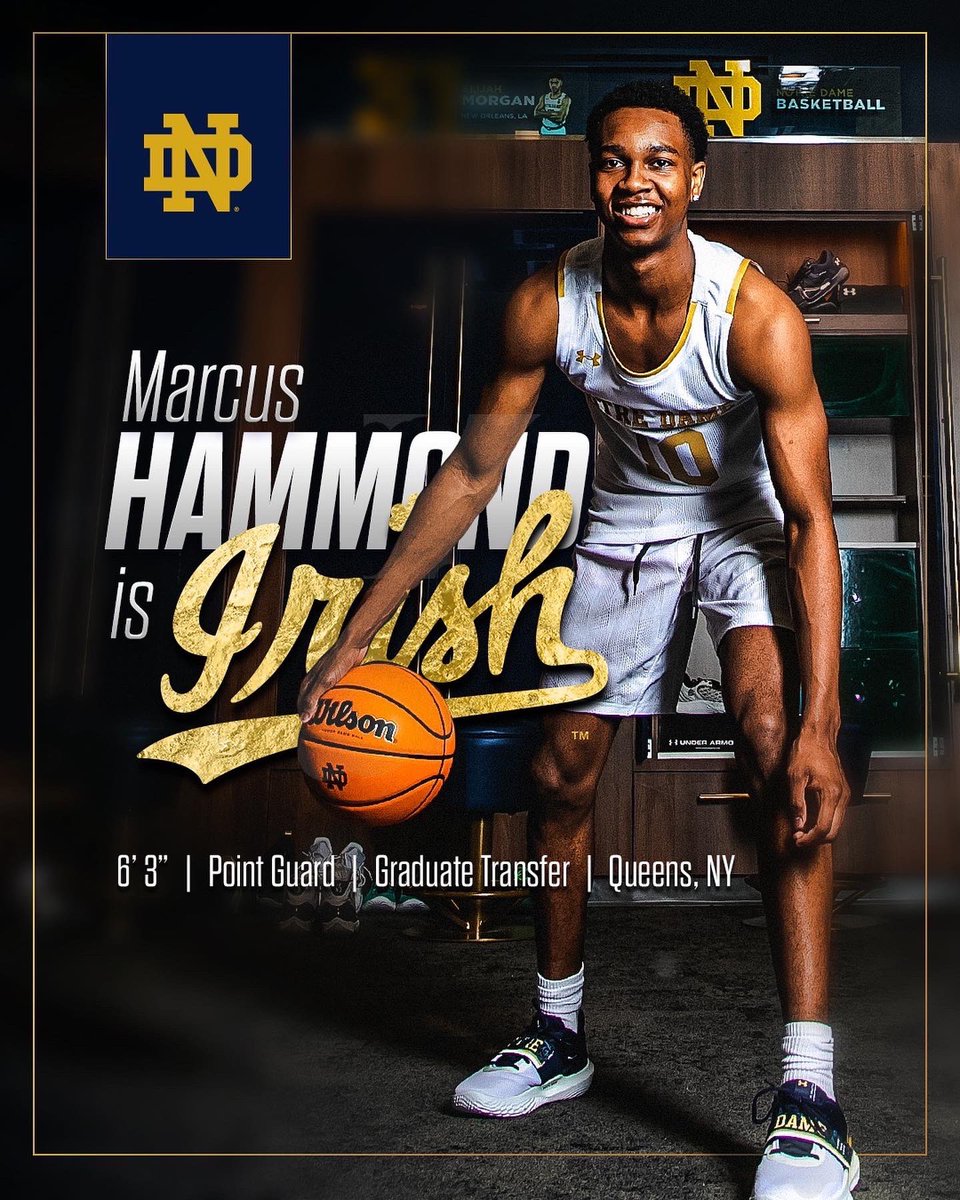 By ADAM ZAGORIA Niagara transfer Marcus Hammond has committed to Notre Dame. The 6-foot-3 Hammond chose the Irish over Georgetown after visiting both schools in the last week. He had an “awesome” visit to Georgetown a week ago and the visit to Notre Dame also went very well, his father said. Hammond no longer considered Rutgers after the Big Ten school landed a commitment from Loyola Marymount transfer Cam Spencer after Hammond began his visit. He was originally slated to visit Kansas State but did not make the trip. The Queens native is a point guard who averaged 18.1 points, 4.7 rebounds and 2.9 assists as a senior. “The people who know, know Marcus shoots as well as anyone in the country,” said Cardozo coach Ron Naclerio. “He led NCAA Division 1 as a freshman in 3-point shooting percentage at 52.2 percent and is one of the most under appreciated and improved players the last 4 years. “He’s grown to almost 6’4”. He’s a true play-maker and every one of his teammates loves when he has the ball because they know if he’s open he will find them first and then score second which he did this past season at 18.1 points per game. Many believed he was the MAAC Player of the Year. He’s a player who makes very few fundamental mistakes, and he quickly learns from the mistake when he does make one. “He’s itching to improve and is a coach’s dream. Physically his body is finally maturing. I believe he will make money playing this game.” This post was updated April 25 at 4:07 p.m. Follow Adam Zagoria on Twitter Follow ZAGSBLOGHoops on Instagram And Like ZAGS on Facebook