Five-star Class of 2023 forward K.J. Evans is down to five schools 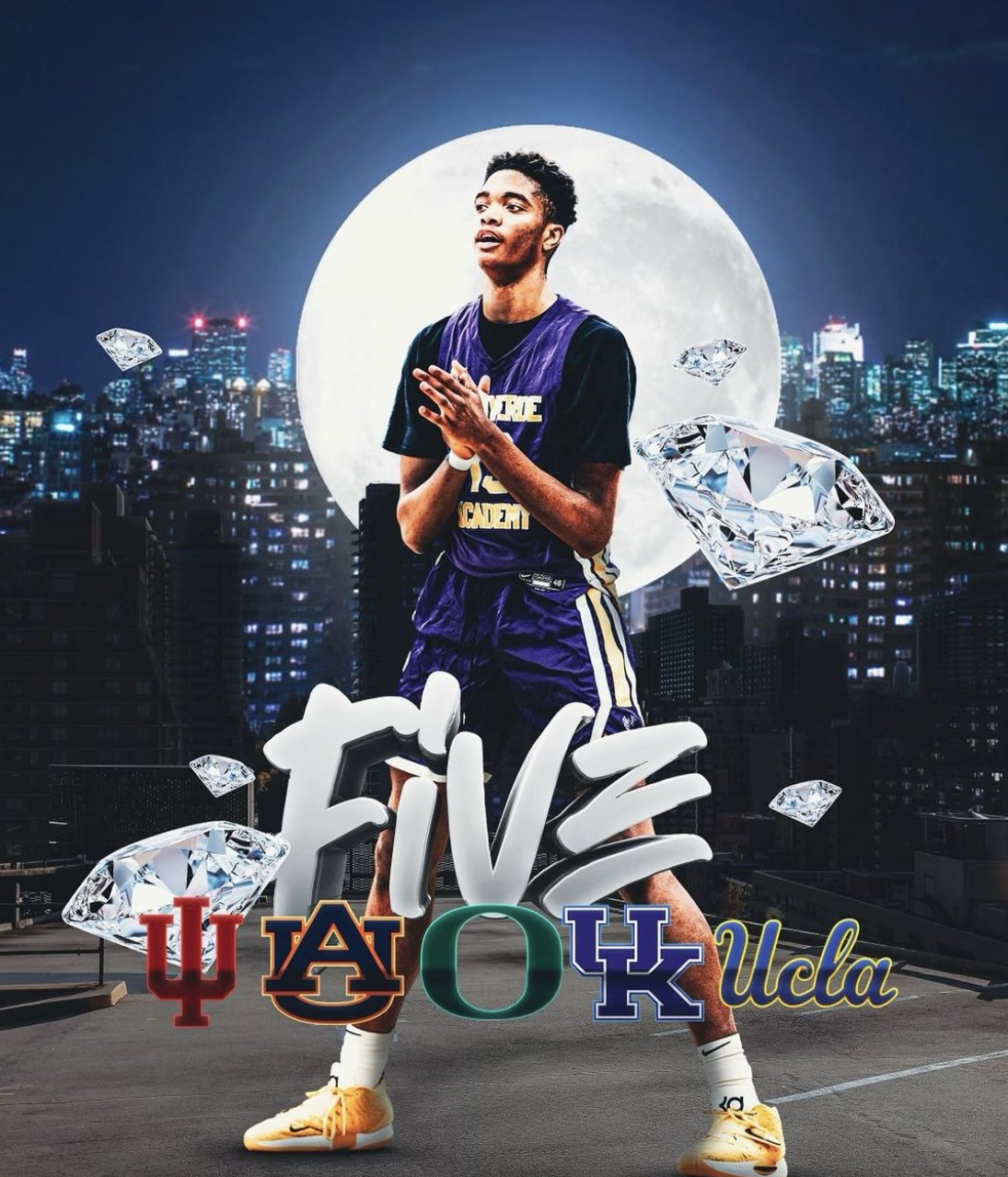 By ADAM ZAGORIA K.J. Evans, the five-star 6-foot-9, 200-pound power forward from Montverde (FL) Academy, is down to five schools, he told ZAGSBLOG. Evans is considering Auburn, Indiana, Kentucky, Oregon and UCLA. He broke down each school: Auburn: “They want to help me become a great basketball player and great person and they want to see me make my dreams come to reality and they have a family atmosphere.” Indiana: “They want to succeed in life through anything if basketball don’t work and they just want me to see my dreams happen as well and their atmosphere is crazy which I like.” Kentucky: “The coaches were straight to business and want me to come up there and produce and they hold people to a higher standard and they get guys into the league.” Oregon: “I have a good relationship with Dana Altman and he’s just a good coach and he wants me to make my dreams happen and it’s nice place for school as well.” UCLA: “It’s a great spot for anybody and they want me to come in and produce and just want me to work for what I want and the people are crazy too and it’s just in Cali.” Ranked by 247Sports.com as the No. 2-ranked prospect in the class of 2023, Evans has played a three-and-D type role on this loaded Montverde roster.  “I can handle the ball as well, so pretty much that’s what I do,” he said. “I can also get to the rim, so I can pretty much do it all.”  Looking ahead, Evans says he wants to improve his ball handling and motor, while also getting stronger physically.  (Graphic via Tipton Edits) Follow Jacob Polacheck on Twitter Follow Adam Zagoria on Twitter Follow ZAGSBLOGHoops on Instagram And Like ZAGS on Facebook