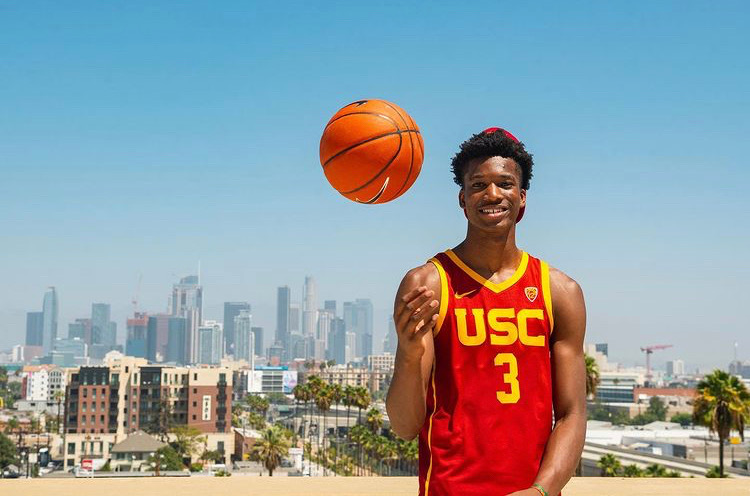 The Nike Hoop Summit returns to Moda Center in Portland, Oregon, at 10 p.m. ET on Friday, April 8. The game, featuring top American high school senior boys facing off against international players 19-and-younger, will be contested for the first time since 2019 following a layoff due to the COVID-19 pandemic. The 12-member World Select Team for the 2022 Nike Hoop Summit features many of the world’s leading basketball players age 19 years old or younger. The 2022 World Select Team selected its roster of players from FIBA Africa, FIBA Americas, FIBA Asia, FIBA Europe and FIBA Oceania, with approved sanction of FIBA, the governing body of international basketball. The team will be led by head coach Roy Rana, and assistant coaches Kaleb Canales and Akachi Okugu. Four of the 12 prospects, as seeded by the ESPN 100 , headline the World’s roster, including No. 27 recruit Vincent Iwuchukwu, a 7-foot Nigerian center from San Antonio, Texas, who is committed to attend the University of Southern California in the fall. Joining him on the roster will be No. 36 rated recruit Yohan Traore, a 6-foot-9 French center from Dream City Christian in Glendale, Arizona; No. 58 Felix Okpara, a 6-foot-10 Nigerian center from Link Prep in Branson, Missouri; and No. 100 Mike Sharavjamts, a 6-foot-7 Mongolian forward from International Sports Academy in Willoughby, Ohio.Additional members of the roster include Jean Montero of the Dominican Republic, London Johnson of Jamaica, Tyrese Proctor of Australia, Sidy Cissoko of France, MacKenzie Mgbako of Nigeria, Matas Buzelis of Lithuania, Omaha Biliew of Sudan and Leonard Miller of Canada. The full roster is here.   The game will be available to stream on usab.com, nba.com, as well as via @usabasketball on Twitter, and @NBA on Facebook and YouTube. Some of the NBA’s biggest stars have turned in key performances at the Nike Hoop Summit. In the inaugural game, Kevin Garnett recorded 10 points, 10 rebounds and nine blocks; Dirk Nowitzki recorded 33 points and helped the World Team to a win in 1998; and in 2000, Tony Parker had 20 points and seven assists. The USA boasts a 15-7 series advantage over the world team. (Release via USA Basketball) Follow Adam Zagoria on Twitter Follow ZAGSBLOGHoops on Instagram And Like ZAGS on Facebook

Five-star Class of 2023 forward K.J. Evans is down to five schools