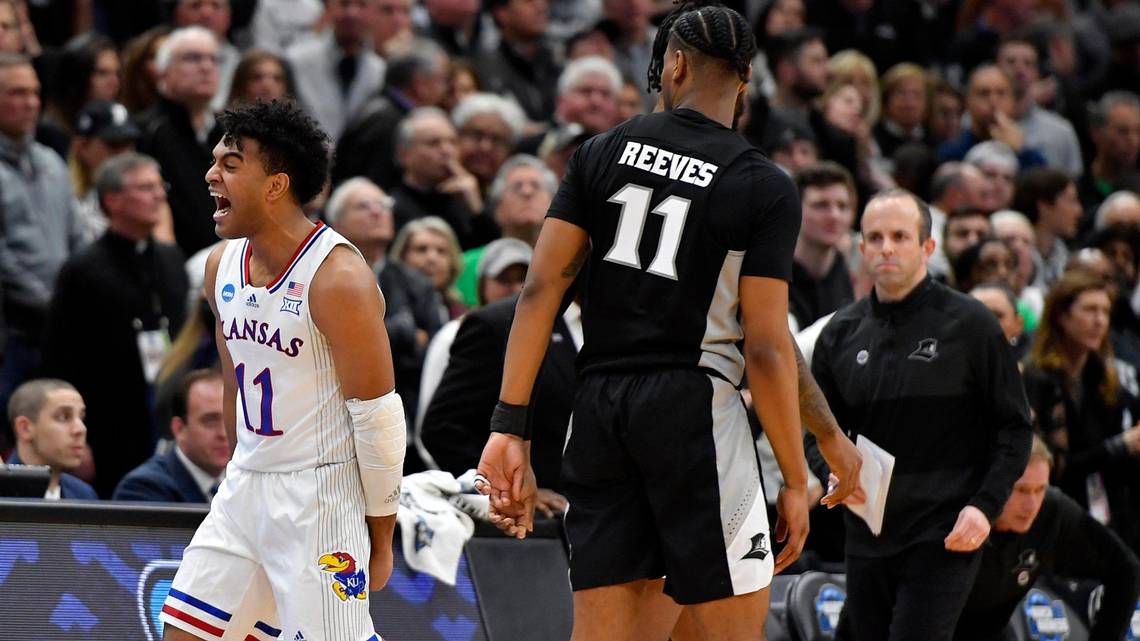 By HENRY EISENBERG CHICAGO — This is why Remy Martin transferred to Kansas from Arizona State. To play deep into the NCAA Tournament during March Madness. Behind a 23-point, 7 rebound performance from Martin, the No. 1 Jayhawks pulled out a 66-61 win against No. 4 Providence to advance to the Elite 8 in the Midwest Region at United Center. “It feels great, it feels great,” Martin told Andy Katz of NCAA.com. “I mean, my teammates trust me, it was just the flow of the game.”

One-on-one with @KUHoops Remy Martin here @UnitedCenter after the Jayhawks advanced to the Elite Eight: https://t.co/dNnEGwV2LD

Martin suffered a right knee injury in late December, but said he’s finally feeling healthy again. “I don’t like to say that I’m hurt or anything, so it was kind of hard for [Coach Bill Self] to read but as soon as I got healthy and he realized that I was healthy, he started to trust me,” Martin said. “And that was ultimately it. I remain myself…Now I’m healthy and I’m able to make plays for my teammates.” What seemed to be a Kansas blowout turned into a tie game with 7:17 to play after two straight three pointers from Providence’s Noah Horchler. The issue was, besides those two makes, the Friars shot a brutal 2-20 from behind the arc. This terrible shooting effort killed Providence’s hopes of making it to its first Elite Eight since 1997. Another bright light in this Kansas win was forward Jalen Wilson, who totaled 16 points and 11 rebounds. An even brighter light was that Kansas was able to prevail despite All-American forward Ochai Agbaji scoring a mere 5 points. No. 1 Kansas will take on the 10 Miami — an 70-56 win over No. 11 Iowa State — on Sunday with a spot in the Final Four on the line. The Jayhawks are the last remaining 1 seed after defending champion Baylor, Gonzaga and Arizona were all ousted. Now they’re one win away from the Final Four. “It means the world to me, this is what I came here for,” Martin said. “We;re right here so why not go all the way?” Follow Henry Eisenberg on Twitter Follow Adam Zagoria on Twitter Follow ZAGSBLOGHoops on Instagram And Like ZAGS on Facebook

Will Kansas star Ochai Agbaji overcome shooting slump to lead the Jayhawks to the Final Four?