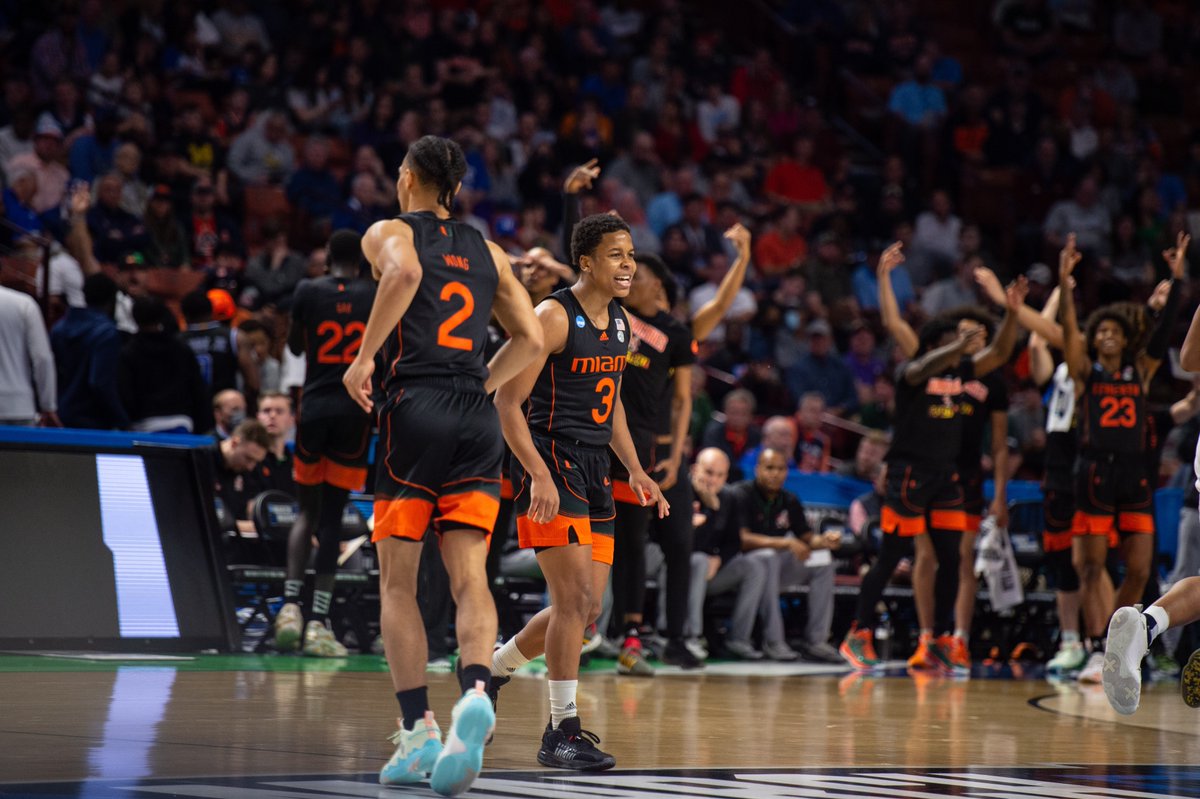 By CHARLIE PARENT & ADAM ZAGORIA Miami coach Jim Larrañaga trolled Charles Barkley immediately following the No. 10 Hurricanes’ stunning 79-61 upset of No. 2 Auburn in the second round of the NCAA Tournament. Barkley had said on CBS during the pre-game that he would take his shirt off the way Houston coach Kelvin Sampson did following his team’s win over Illinois if Auburn won. “I listened to Charles Barkley tell the CBS crew that if Auburn won, he would take off his shirt,” Larrañaga said. “And I thought to myself, ‘Man, no one wants to see that, Chuck.'”

Jim Larranaga with the shot at Charles Barkley 💀😂😂

All-ACC guard Isaiah Wong led the way for the Hurricanes, scoring 21 points on 8-of-18 shooting. On the other end, it was a rough day for potential No. 1 pick Jabari Smith, who scored 10 points on just 3-of-16 shooting and found himself on the wrong end of some highlight plays. Miami advances to the Sweet 16 and will face No. 11 seed Iowa State on Friday. Follow Charlie on Twitter Follow Adam Zagoria on Twitter Follow ZAGSBLOGHoops on Instagram And Like ZAGS on Facebook