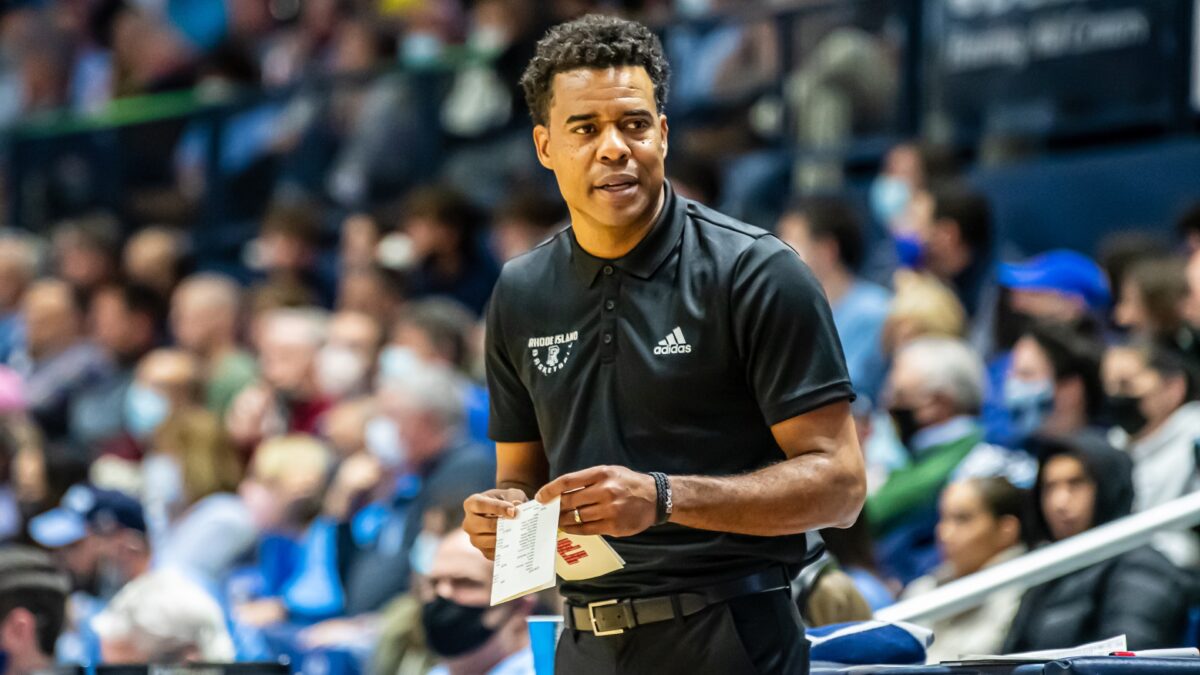 Cox, who completed his fourth season with the Rams, had two years remaining on the contract he signed in April of 2018. Expect Bryant coach Jared Grasso, who guided his program to its first-ever NCAA Tournament appearance by winning the Northeast Conference tournament, to be heavy in the mix there.

“David Cox is a first-class individual, and I am grateful for his hard work and the manner in which he represented the University throughout his time at Rhode Island,” said AD Thor Bjorn said. “This is not a decision I take lightly, but a change is necessary. I have tremendous respect for David, and I wish nothing but the best for him and his family.”

“Today is a tough day, as I have been informed by Administration that I will not return as the head coach at URI,” Cox said. “It is disappointing news as I had hoped and expected to return to finish the job I started four years ago. But I respect the decision and I’m grateful for the opportunity.

“I have learned quite a bit in the eight years I’ve spent at Rhode Island. I am certain that I will grow from those experiences. From winning championships to suffering tough losses. I will cherish my time here.

“I’d like to thank my family for all their love and support. I want to recognize my staff for their dedication to this program and players. Rhody Nation, you all have been so awesome in your support of the program, my family and myself.

“And to ALL the players who I have coached during my time in Kingston, know that I love you all and will forever cherish the memories.”

UConn's Kimani Young in the mix for UMass opening