UConn’s Kimani Young in the mix for UMass opening 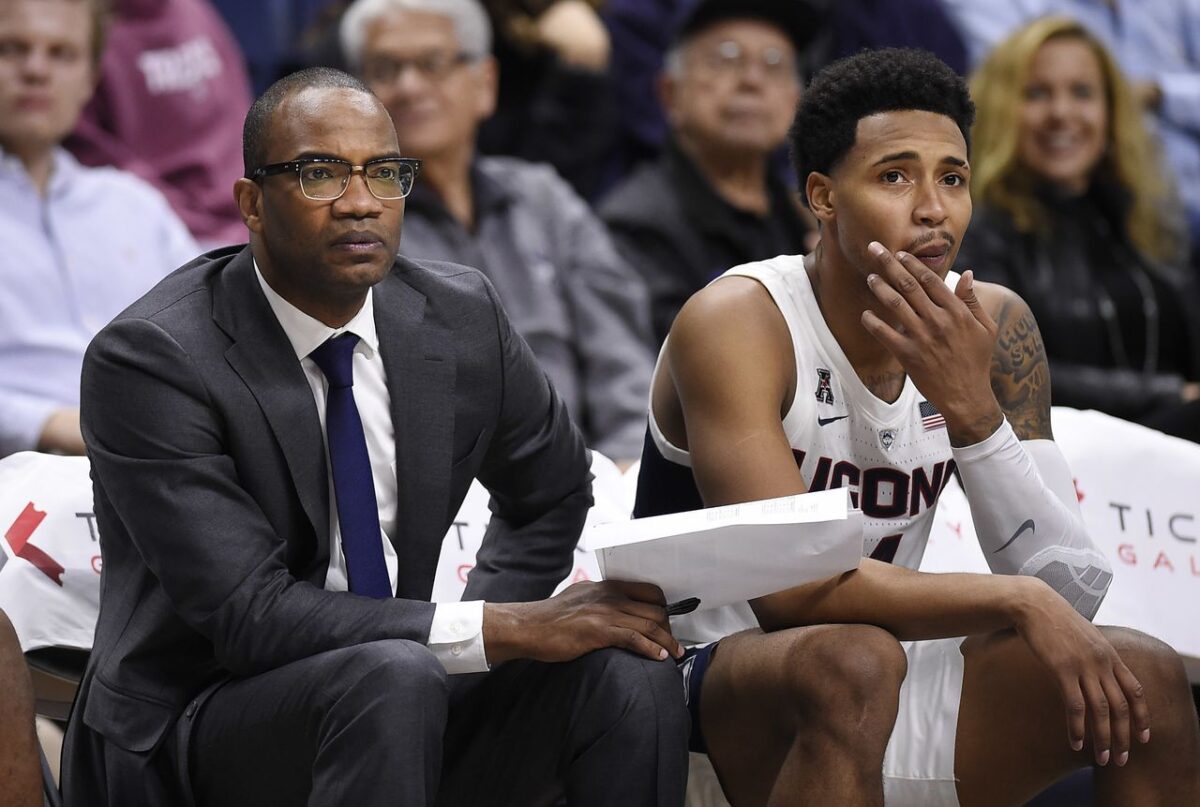 By ADAM ZAGORIA UConn associate head coach Kimani Young is in the mix for the UMass head coaching opening, but nothing is expected to be finalized this week, despite an Internet report to the contrary. One source said Young is “on top” of the UMass coaching search. UMass announced last week it was parting ways with head coach Matt McCall after this season. ESPN reported several names who could be linked to the job, including Vermont’s John Becker, Missouri State’s Dana Ford, Wagner’s Bashir Mason, Yale’s James Jones, Bryant’s Jared Grasso and former Indiana coach Archie Miller. Young is focused this week on the Big East Tournament, where UConn (22-8, 13-6 Big East) is the No. 3 seed and will face the winner between No. 6 Seton Hall and No. 11 Georgetown on Thursday at 9:30 p.m. in the quarterfinals. Any in-person interviews involving Young and UMass would likely have to take place early next week — in between the Big East and NCAA Tournaments. Young has been one of the top recruiters on the East Coast in recent years, helping to bring players like Jamir Harris and Isaiah Washington to Minnesota under Richard Pitino, and more recently Adama Sanogo, a first-team All-Big East selection, and Corey Floyd Jr. to UConn under Dan Hurley. “Yeah, I think Kimani’s one of the best in the business,” Hurley said earlier this season. “I think he’s one of the top assistant coaches in the country. He’s an outstanding associate head coach. I would think that he’s going to be on the short list for a lot of openings coming up in the next year or two here, and he’s going to obviously have to make decisions with his career. But he’s certainly someone who ADs should have on their radar because he does it all.” On Feb. 22 when Hurley was ejected from a home game against Villanova, Young took over and led the Huskies to a 71-69 win over the then-No. 8 Wildcats. Photo: AP Follow Adam Zagoria on Twitter Follow ZAGSBLOGHoops on Instagram And Like ZAGS on Facebook