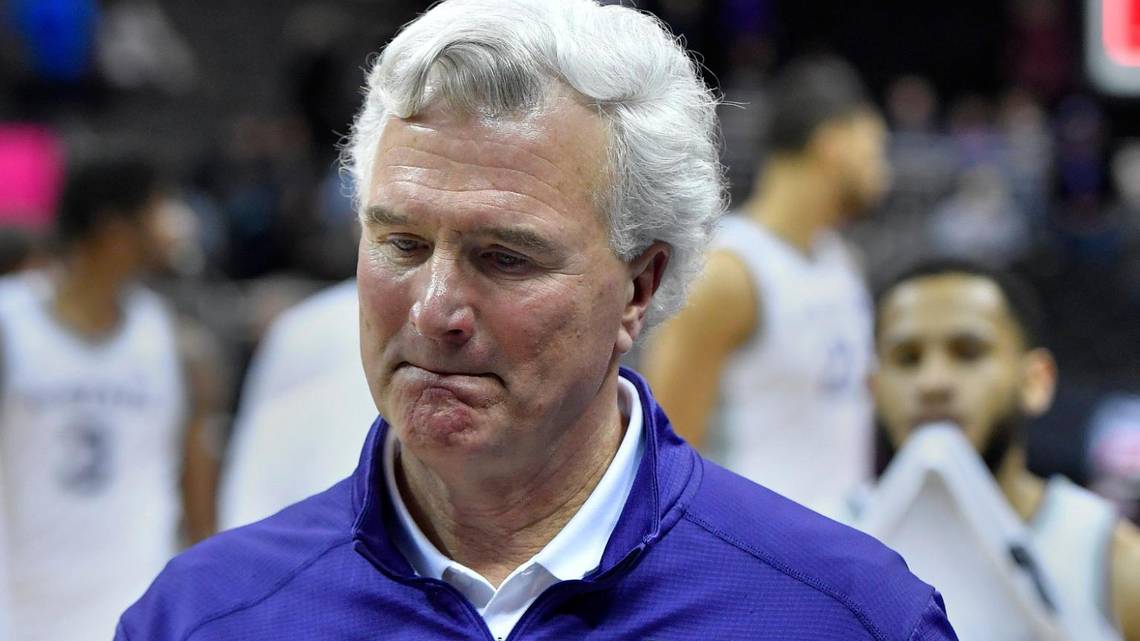 Kansas State coach Bruce Weber announced Thursday that he has resigned, the school announced. The school said it will conduct a national search with one source saying Jeff Linder (Wyoming) Grant McCasland (North Texas), Dennis Gates (Cleveland State) and Danny Sprinkle (Montana State) could be in the mix.

“Coach Weber has provided selfless leadership to our basketball program and university for the last decade,” said AD Gene Taylor. “With two conference championships and an Elite Eight run in 2018, our program reached exceptional levels of success under his direction. His development of young men on and off the court, while representing K-State in a first-class manner with the highest level of integrity is unmatched in today’s game and something all K-Staters should take great pride in.” In 10 seasons as head coach at K-State, Weber amassed a 184-147 overall record, including an 82-98 mark in Big 12 play, with 5 trips to the NCAA Tournament (2013, 2014, 2017, 2018, 2019) and a share of the Big 12 regular season title in both 2013 and 2019. His 2018 team made the school’s first trip to the Elite Eight in eight years.

Weber’s 184 wins are the third-most by a head coach in school history, trailing Hall of Famers Jack Hartman and Fred “Tex” Winter. He is the fourth coach (Hartman, Winter and Frank Martin) to take the school to at least five NCAA Tournaments in a tenure. He was named the 2013 Big 12 Coach of the Year after guiding the Wildcats to a 27-8 overall record and their first-ever Big 12 regular-season championship.

Weber is one of just 10 Division I coaches to take three schools to the Sweet 16.

The terms of Weber’s contract will be honored by K-State Athletics.