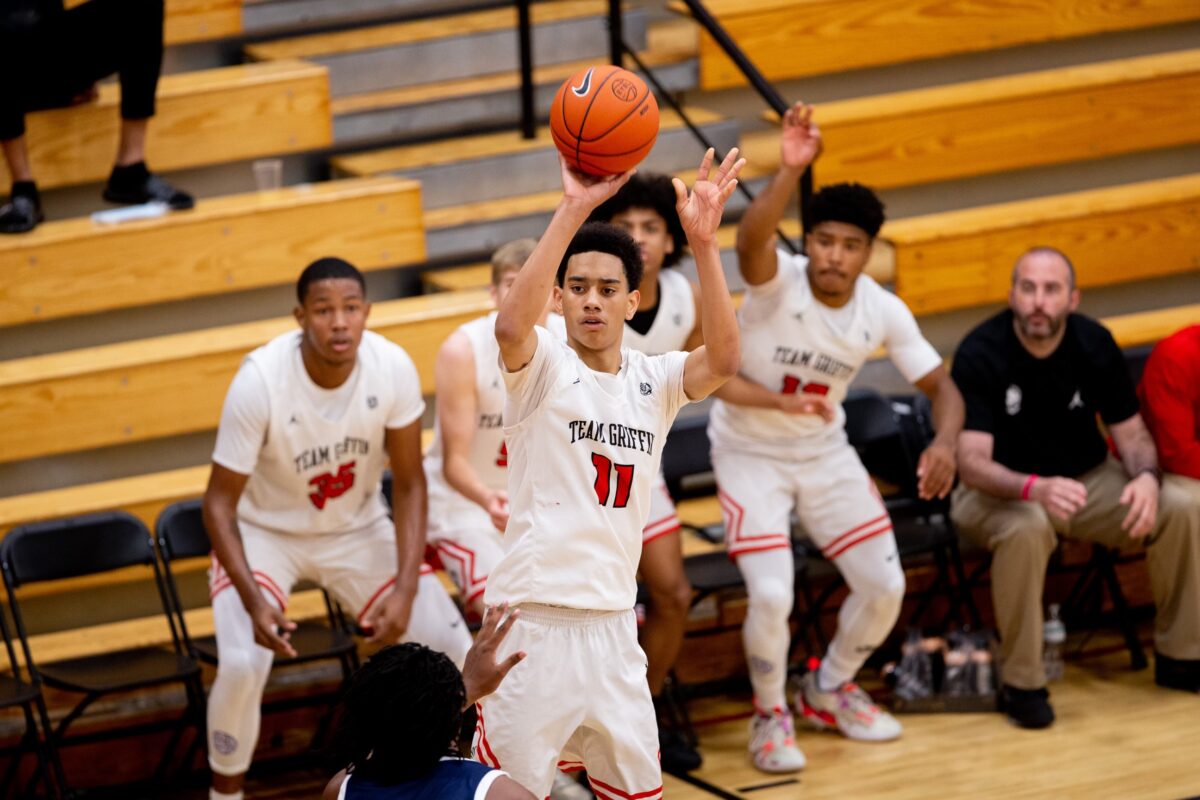 By TOBIAS BASS Trent Pierce the No. 190 overall prospect and fourth ranked prospect in the state of Oklahoma is starting to see a rise in his recruitment. Over the past month he has received an offer from Minnesota, Kansas State, and Oklahoma State. He is also hearing from Missouri, Oregon, Arkansas, UNLV, and Arizona State. He breaks down each school: Oklahoma State- “The coaching staff made me feel like family when I visited. OSU has a small campus which makes it easier to get from place to place. I also like the hometown feel and how all the fans are very connected. Coach Mike Botyon believes I have a lot of potential and excited to see my growth over the next couple years.”  Oklahoma- “I really liked the coaching staff and how personalized my visit felt. The campus was really nice and the basketball facilities and gyms are top notch. Coach Porter Moser sees me as a 6’9 player with a lot of versatility that can play multiple positions as well as having a good outside shot.” Arkansas- “Their practice was high energy and fast paced from start to finish. The Arkansas fans at the football game were wild. It was a crazy atmosphere.”  Tulsa- “I like how the Tulsa staff treated me while I was on campus. Coach Frank Haith told me how he likes the combination of my skillset and size. He sees me fitting right into their system.”  Oral Roberts- “One thing I like about ORU is that all eyes are on basketball since there isn’t a football team. They really work on player development and I like how Coach Paul Mills really takes care of his players.”  As his recruitment begins to spike up, Pierce is looking for a coaching staff that develops their players for the next level and a program with a strong fanbase. “I am looking for a coach who is dedicated to helping his players be the best player they can be. I also think that a good coaching staff/team who is close like family would be in my best interest,” He said. “I would like a program with a good fanbase that can help create a great atmosphere during games.” The 6-foot-9, 185 pound wing from Tulsa (OK) presents a lot of problems for opposing defenses with his ability to shoot over defenders and guard multiple positions. “Being a 6’9 wing, I definitely think that moving forward in my development I need to get quicker as well as being tighter with my ball handling. I also need to improve my defense on smaller guards that might be quicker than me,” Pierce said. “I tend to model my game after KD and Jayson Tatum. They are two guys that my game has been compared to. I think something that separates me from other wings in my class is my basketball IQ and how well I can see the floor.”  The class of 2023 in the state of Oklahoma is loaded with talent as they have three kids in the top 100 in Jeremiah Johnson, Brandon Garrison, and Parker Friedrichsen. The state also has a five-star guard in the class of 2024 in David Castillo. Pierce reflects on how much exposure the state is getting and the level completion he faces weekly. “It’s exciting that the state is getting more respect. There are a lot of good players in Oklahoma and the recognition we are getting will help other players get more exposure. It’s great to see the attention that our state is being given.” Going into his junior year Pierce wants to become a better leader on and off the floor. “My goal for my junior year is to take more of a leadership role on my team. I want to help my teammates be the best players they can be, and ultimately help lead them to a state championship.”  Follow Tobias Bass on Twitter Follow Adam Zagoria on Twitter Follow ZAGSBLOGHoops on Instagram And Like ZAGS on Facebook