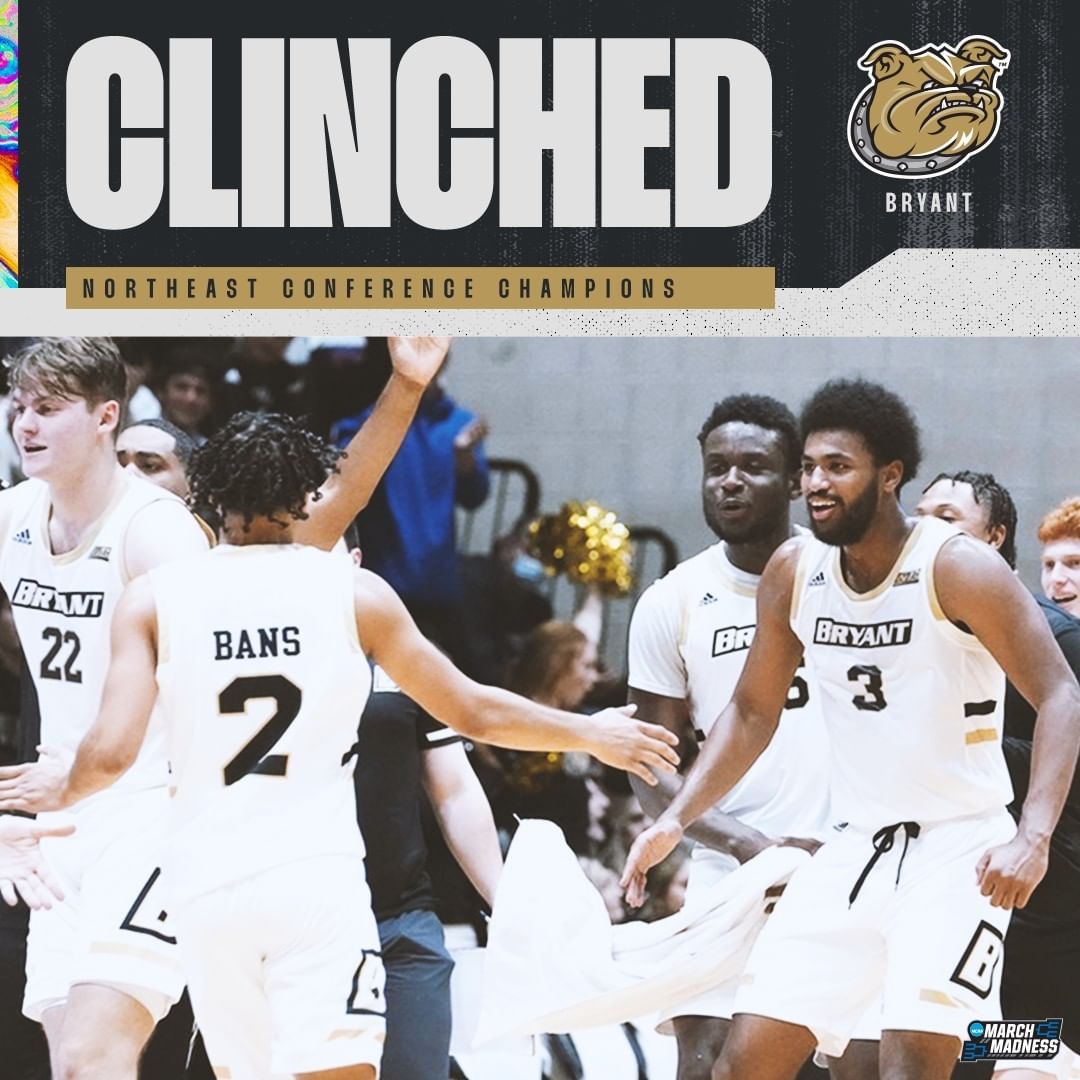 By CHARLIE PARENT Bryant clinched their first NCAA Tournament bid in their 14-year Division I history by blowing out Wagner, 70-43, in the Northeast Conference championship game in Smithfield, R.I. Perhaps the bigger news from this game was the near 30-minute game suspension for a fight in the stands. “I don’t even know what happened, I just wanted to get the game started again,” said Bryant coach Jared Grasso, the former Iona associate head coach. “Unfortunate incident. I don’t know how it started, why it started, what took place. … Thankfully we were able to [finish the game].” Despite the antics at the end of the game, Bryant started hot and never looked back. This was due in part to NCAA Division I leading scorer, and Rutgers transfer, Peter Kiss. Kiss had one of his best games in a Bryant uniform, putting up 34 points for the Bulldogs on 13–of 23 shooting along with six rebounds and five steals. His confidence and swagger set him up to be a March Madness fan favorite. Bryant projects to be a 16-seed in the NCAA tournament but could be one of the first programs to go up to the 15 line if upsets continue in conference tournament play. Follow Charlie on Twitter Follow Adam Zagoria on Twitter Follow ZAGSBLOGHoops on Instagram And Like ZAGS on Facebook

Bellarmine wins ASUN but won't be going to NCAA tournament

Juwan Howard addresses media for the first time since reinstatement: 'I take full ownership for my actions'