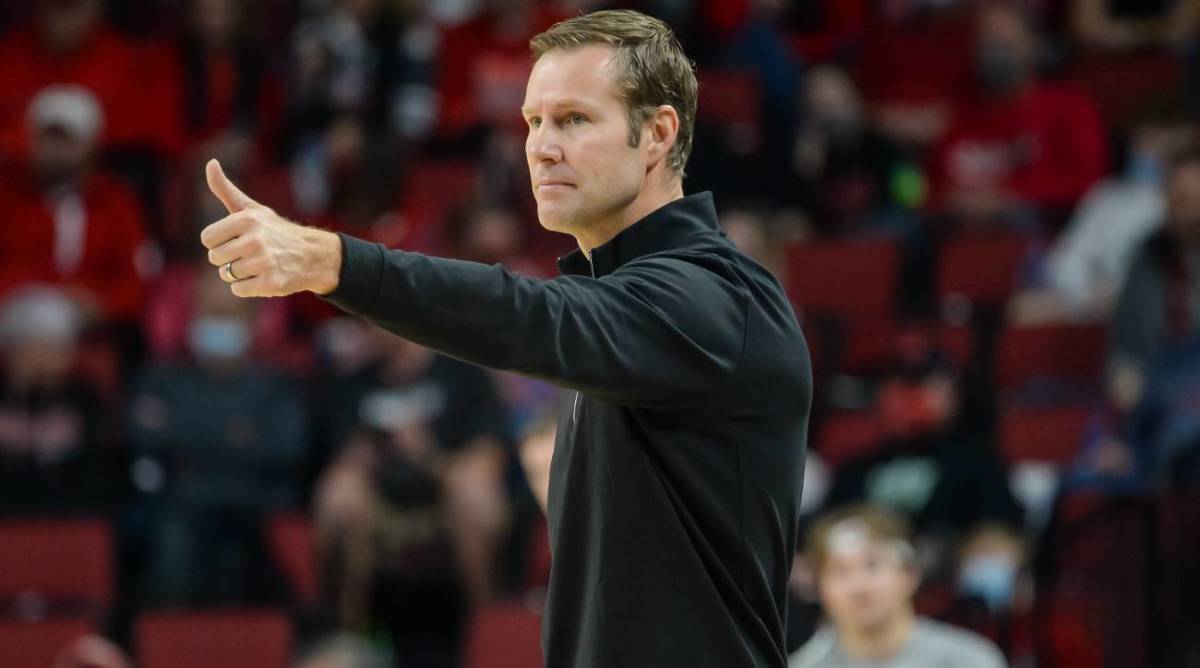 By CHARLIE PARENT Nebraska athletic director Trev Alberts announced Thursday that embattled head men’s basketball coach Fred Hoiberg will remain with the team for the 2022-23 season. The announcement comes as somewhat of a surprise as Hoiberg’s tenure with the Cornhuskers has not been successful. Through nearly three seasons, he has amassed a record of 21-65 with zero NCAA Tournament appearances. Hoiberg has gone 6-49 in Big 10 play, 1-30 in road games and 7-59 against high-major competition. Coming into the this season, it appeared Nebraska had an upgraded roster, but Hoiberg has coached this team to a 7-20 record, going just 1-15 against the Big 10 thus far. While Hoiberg is being retained, it comes with a restructured contact. His salary will be reduced to $3.25 million for next season. This also lowers Hoiberg’s buyout to $11 million as well. Hoiberg and the Cornhuskers currently have three commits in their 2022 recruiting class. The group is highlighted by four-star combo-guard Ramel Lloyd Jr. Lloyd is still a verbal commit, and has not signed on fully. He is joined by three-stars Jamarques Lawrence and Denim Dawson who have both signed their Letters of Intent. “I appreciate the confidence that Trev Alberts and university leadership has shown in me,” Hoiberg said in a statement. “Our results on the court have not been what anyone would have hoped, but I am more committed than ever to building a successful basketball program at Nebraska.” Follow Charlie on Twitter Follow Adam Zagoria on Twitter Follow ZAGSBLOGHoops on Instagram And Like ZAGS on Facebook