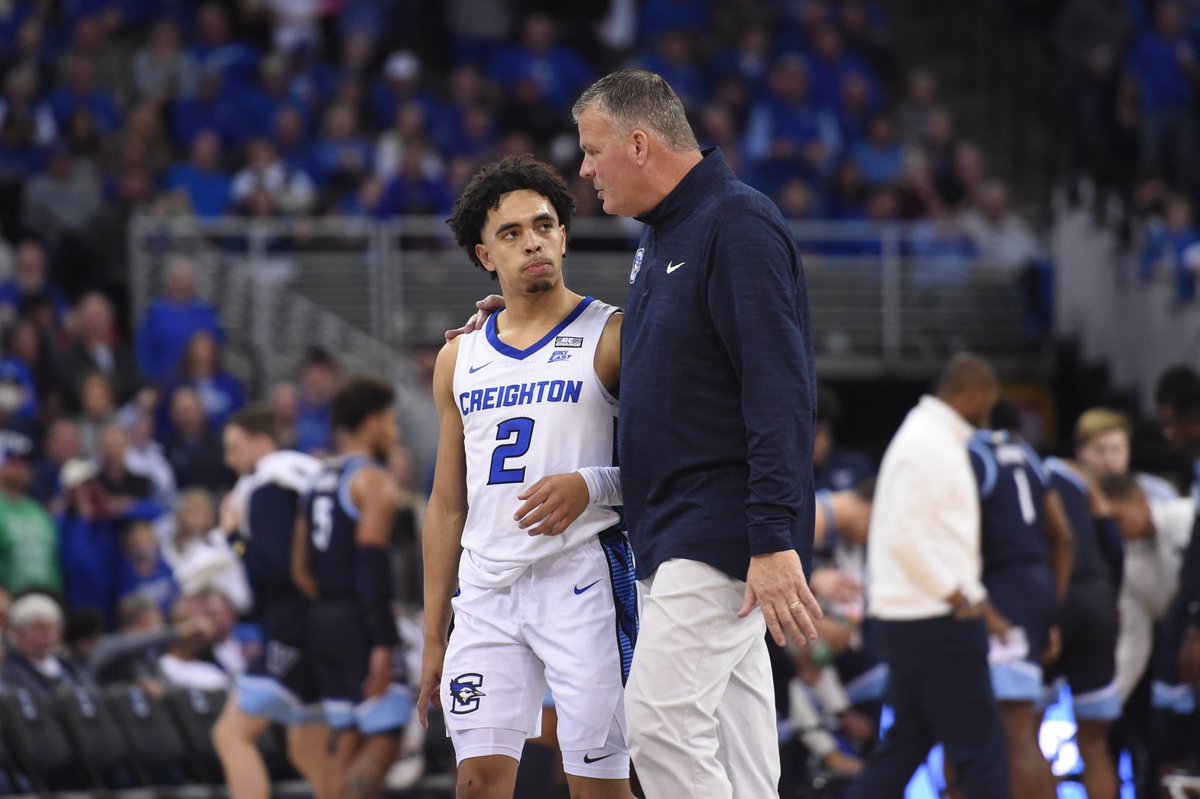 Creighton freshman point guard Ryan Nembhard will miss the remainder of the 2021-22 season after suffering a broken wrist during Wednesday night’s win at St. John’s, the school announced. He is expected to undergo surgery on his right wrist in the coming days.

“We are heartbroken for Ryan, who has been such an integral part of our success this season,” said Creighton head coach Greg McDermott “He will remain a key part of our team while he is sidelined, but I know he will come back stronger than ever and we look forward to his healthy return.”

A six-time BIG EAST Freshman of the Week, Nembhard averages 11.3 points and a team-leading 4.4 assists per game. He has started all 27 games for the 19-8 Bluejays, who have won six straight games and are tied for third in the BIG EAST with an 11-5 record. Nembhard’s 34.8 minutes per game are the most by a BIG EAST freshman since 2011-12. Photo/Release: via Creighton Follow Adam Zagoria on Twitter Follow ZAGSBLOGHoops on Instagram And Like ZAGS on Facebook

With UConn's big win over Villanova, Huskies are now a projected Top 4 seed in the NCAA Tournament