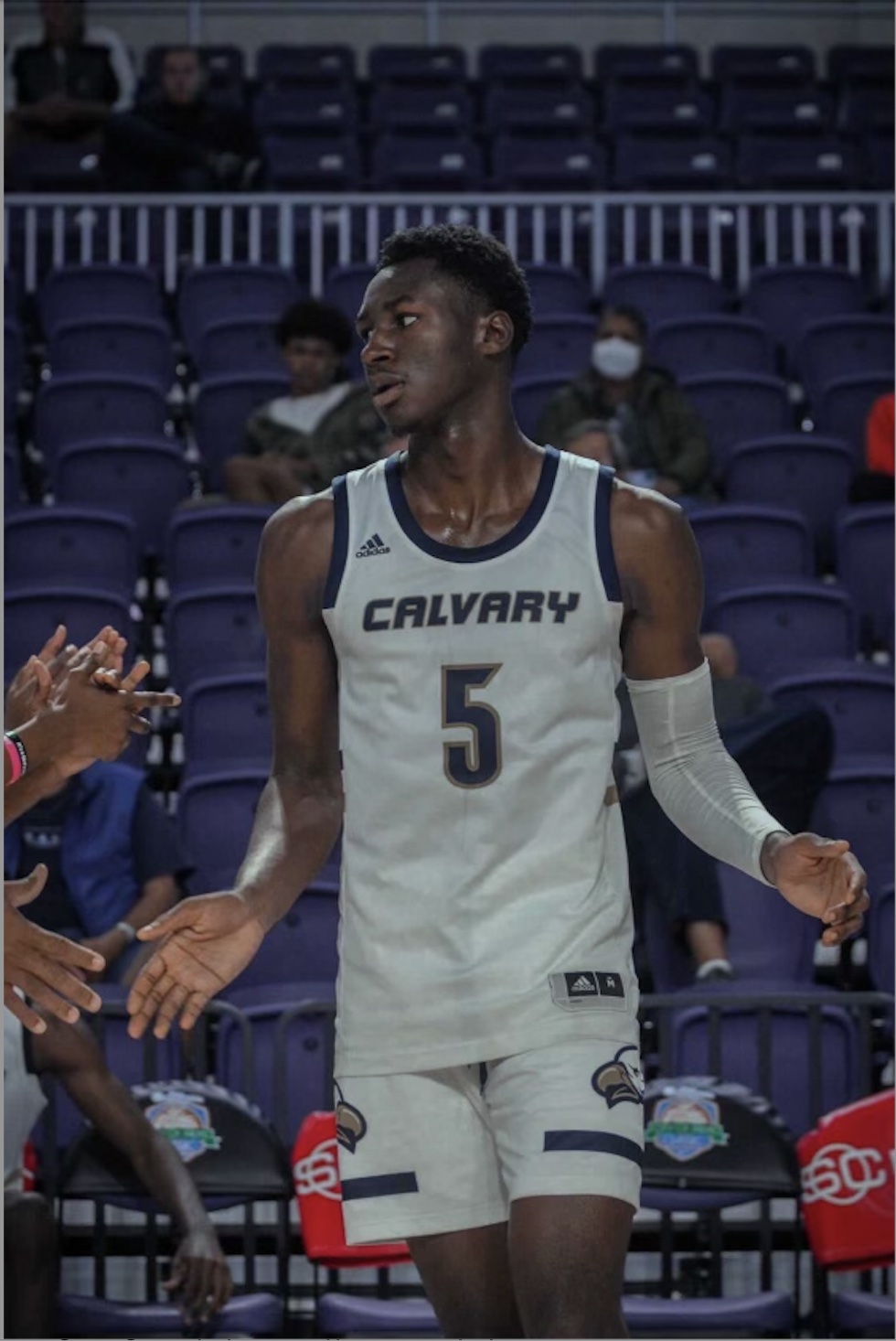 By JACOB POLACHECK As class of 2023 guard Carl Cherenfant remains a key piece to Calvary (FL) Christian Academy’s hot start to the season, a number of colleges remain in hot pursuit of the three-star wing. The 6-foot-4, 175-pound guard out of Fort Lauderdale, FL, thrives as a big wing that can defend multiple positions and score in a variety of ways on the offensive end. “I still feel like there’s another level I can take it to for the last two months of the season, but I’ve been playing well so far,” Cherenfant said. Ranked as the No. 27 shooting guard in the class of 2023, Cherenfant says he’s hearing from Virginia Tech, Kansas State, Memphis, Georgia, Florida, USF and Maryland. Virginia Tech: “I know that Mike Young, the head coach, is just a hard-nosed guy that likes to get dirty and win basketball games. His team always plays hard and he puts them in a position to win. They think that with the type of guard I am – they don’t have a guard like that – and they think I could fill a role that can take them to the next level by being explosive, being able to play on both sides of the floor and just being myself in their system.” Kansas State: “I haven’t really known a lot about the program, but I’ve learned so much already since I’ve gotten the offer and been talking to the coaches. I’ve been watching their games. What stands out to me is their culture and how they do things over there. It’s a family vibe. They think I could really play. They think I can score the ball in so many ways and at so many levels. They want to add me to the group of guys they have to complete what they’re already building over there.” Memphis: “Obviously, the biggest appeal is that Penny Hardaway is the head coach. His name is obviously going to bring a lot of attention. They’ve done a great job recruiting so far. They’ve brought in a lot of great guys. I just want to keep learning about them. I may be getting up there soon in March. I want to see the campus, see what the environment is like over there and keep learning about the program.” Georgia: “I still talk to them all the time. They love me up there at UGA as a two-way guard, especially with what I do on the defensive end, being able to put pressure on the rim and attack the basket.” Florida: “How Mike White is just so versatile with his schemes. With different teams he has, he’s able to play different styles. They defend the ball so well. He puts guys in scoring positions and the environment is crazy up there. I loved it when I went on my visit. It was a great environment. Hopefully I can get up there again soon.” USF: “They’ve been on me since they were able to be on us as juniors. They think I’m the best guard in 2023. They want to bring me in and be a building block for what they’re trying to do up in South Florida.” Maryland: “They recently got in the recruiting process with me after City of Palms in December. Danny Manning is the interim coach right now, but he’s a great coach. He knows the game of basketball and I just want to see what they’re able to build up there. I want to see how the culture is. Hopefully I’m able to get up on a visit. Among the seven schools involved, Cherenfant has received offers from Memphis, South Florida, Kansas State and Virginia Tech. While he does not have a timetable for a commitment, Cherenfant says he’s looking to take visits in March and April. “It’s all about getting the right date set with some of these schools,” he said.
“The factors will obviously be my relationship with the coaching staff, not just the coach. How I fit in the program and how I can contribute to winning even right away. I want to be able to help a team win right away. Obviously, playing style and how they can help me to play at the next level after college basketball.” Follow Jacob Polacheck on Twitter Follow Adam Zagoria on Twitter Follow ZAGSBLOGHoops on Instagram And Like ZAGS on Facebook

With 7 schools in pursuit, Top-35 junior Layden Blocker is 'just scratching the surface' for No. 1 ranked Sunrise Christian