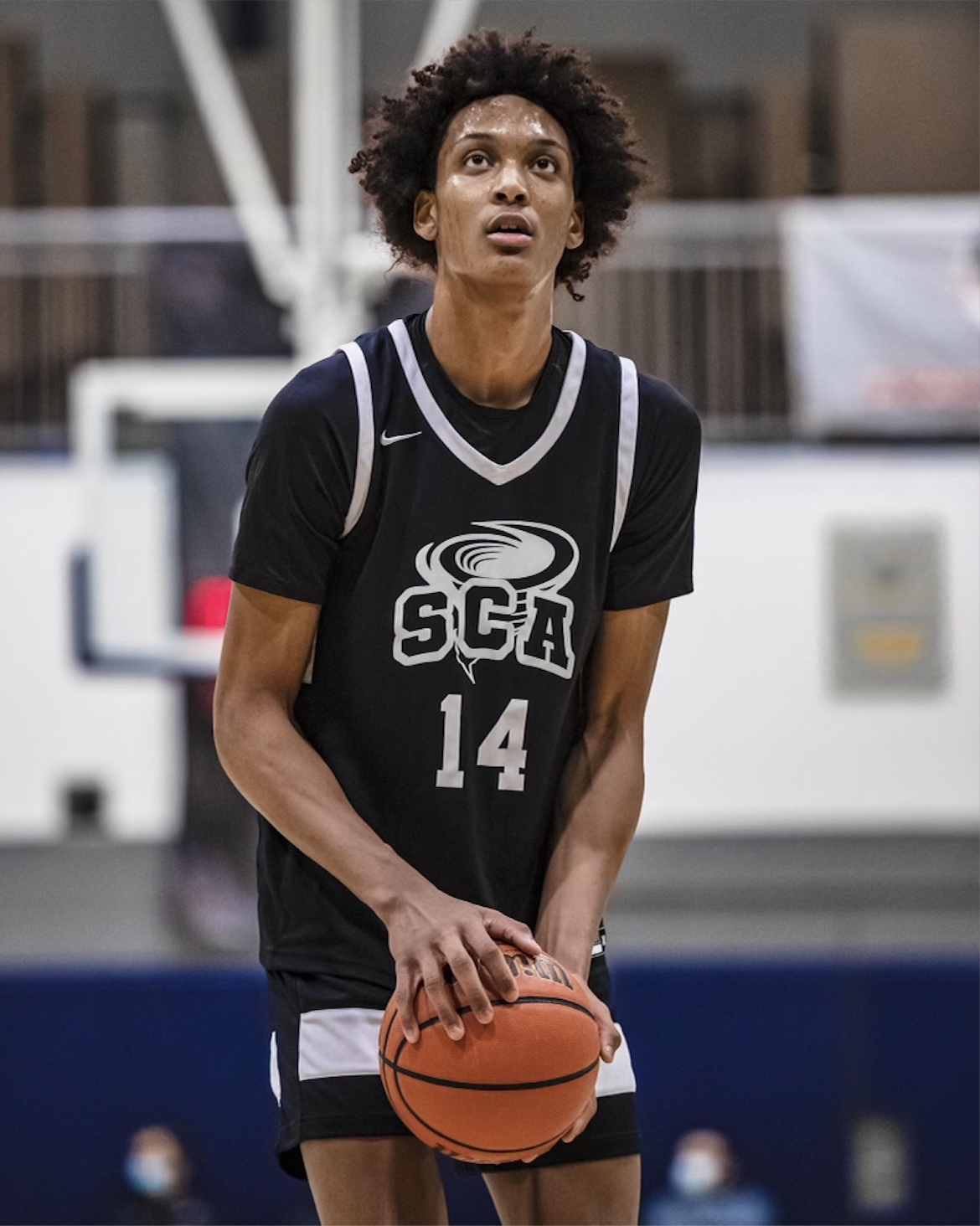 By JACOB POLACHECK While this recruiting cycle has seen many class of 2023 prospects make the early call and commit to a college, it’s unlikely you’ll see a decision from four-star forward Isaiah Miranda anytime soon. “I’m just trying to enjoy every little aspect of it,” Miranda said in an interview Tuesday evening. “I feel like I like it more than anything because it still pushes me to go harder for offers I still don’t have yet. Since the beginning of my recruitment, some of the offers I have now are because I was going hard. Now the options open up.” The 7-foot, 220-pound center from Commonwealth (MA) Academy and the Rhode Island Elite AAU Program, is a highly-touted prospect in the nation with offers from nearly 20 different college programs, but he says he’s not stressing or putting too much into the recruitment. “I’m not going to stress about it too much,” Miranda said. “I just want to see my options. Whatever school is showing me the best options to make it to the NBA, that’s where I’ll be making the decision. I don’t want to stress about it too much right now.” As of now, there are four schools showing Miranda the most love: USC, UConn, Kentucky and LSU. He broke down each program: LSU: “They have a history of being one of the top schools. They had Naz Reid there, so you can tell they’re pretty good with their big guys. Even when I was younger, I liked their program, so now that I’m being recruited by them, it’s pretty cool. I like their intensity level.” Kentucky: “The fans and everything are intense. My coach for high school played for (John) Calipari. Learning from him and learning what he learned from Calipari on the bigger stage is kind of crazy. Most of the stuff Kentucky does and Calipari preaches, my coach tells us. We’re kind of playing for a mini Calipari.” USC: “They just had recent success with their big man (Evan Mobley). I like how they want me to be diverse as well as how I want to play. I don’t want to play strictly in the paint. They keep comparing me and the way I play as a big to Evan Mobley and how they’ve had recent success with him. I like how they take everything seriously and try to make basketball at the most elite level to prepare players for the next level.” UConn: “They have that kid Donovan (Clingan) and they really like how that combo could work. I like how coach (Dan) Hurley told me how he’s really hard on his guys just like how my high school coach and AAU coach are really hard on me. I feel like going to UConn would be a good adjustment in not dealing with a lighter coach. If you see how he coaches, he’s really intense, just like my high school and AAU coaches.” Miranda has been on campus at three of the four schools with his first visit being to USC on Oct. 18. “That was my first time in California, so I obviously liked the weather,” he said. “When we went to the weight room, everything was digital. They had workout plans and everything was just professional.” Miranda next traveled to UConn just days later on October 21 for another unofficial visit. “(What stood out was) really honest the coaches were,” he said. “Some coaches let their players get away with not playing hard a little bit here and there, taking some plays off, but Hurley just wanted precision on every play.” Miranda’s most recent visit came on December 21 when he travelled to Lexington to visit the University of Kentucky. “When we went, we watched them play and Oscar (Tshiebwe) broke the arena’s record for rebounds,” he said. “I like how they take nutrition and their strength and conditioning very seriously. Everything about their players, they take seriously. They try to take it to the most elite level.” Looking ahead, Miranda says he’s hoping to take visits to LSU and USC in the spring, but does not have a timetable for his commitment. “Really my ultimate goal is making it to the NBA and going as far as I can with that,” he said. “Whatever program I see can help me reach my goal and sustain my goal to stay in the league as long as I can, that’s where I’ll be going.” Ranked by 247Sports.com as the No. 4 center and No. 42 overall prospect in the nation, Miranda will have good chance of fulfilling that goal if he continues to develop, his game highlighted by a diverse skillset and ability to play inside and out. “Isaiah is capable of dominating a basketball game in at least five different ways and there aren’t many players in the country who can do that,” Commonwealth Academy coach Antonio Anderson said. Photo: @DFritzPhotos Follow Jacob Polacheck on Twitter Follow Adam Zagoria on Twitter Follow ZAGSBLOGHoops on Instagram And Like ZAGS on Facebook

Class of '23 point guard Kylan Boswell down to 8 schools, looking to make a decision 'sooner rather than later'

With 7 schools in pursuit, Top-35 junior Layden Blocker is 'just scratching the surface' for No. 1 ranked Sunrise Christian