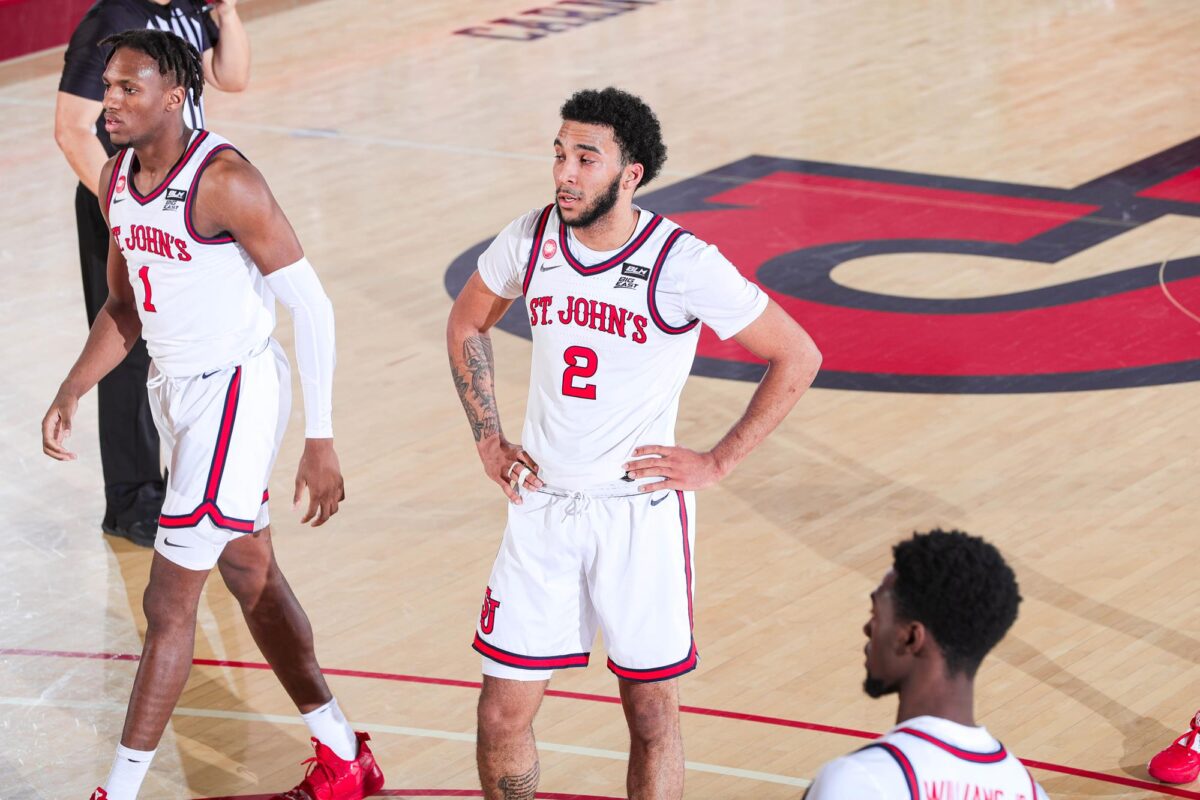 By ADAM ZAGORIA St. John’s is hoping star forward Julian Champagnie can return for the Dec. 29 home game with Marquette after he tested positive for COVID-19 on Dec. 17. Champagnie is in isolation for 10 days per New York City protocols, and will miss his second game Thursday against Butler at Carnesecca Arena. Champagnie was unable to play Saturday when the Red Storm (8-3) lost to Pittsburgh, 59-57, when Jamarius Burton made a basket with .4 seconds left in the Gotham Classic at Madison Square Garden. The St. John’s star is averaging 20.3 points, 6.7 rebounds and 2.1 assists. “We found out a few days ago that [he tested positive],” St. John’s coach Mike Anderson said. “Then, of course, the protocols began. That’s the adjustment for a team. That’s one of your leading scorers [that can’t play], but I told our guys someone else has to step up. At the same time, we’re hopeful that Julain is going to be okay.” St. John’s is already 1-0 in the Big East standings after Seton Hall had to forfeit Monday’s Big East opener at Prudential Center due to COVID protocols. Monday’s game between DePaul and Creighton was also canceled. Thursday’s Seton Hall-DePaul could also be canceled but nothing has been announced yet. Follow Adam Zagoria on Twitter Follow ZAGSBLOGHoops on Instagram And Like ZAGS on Facebook