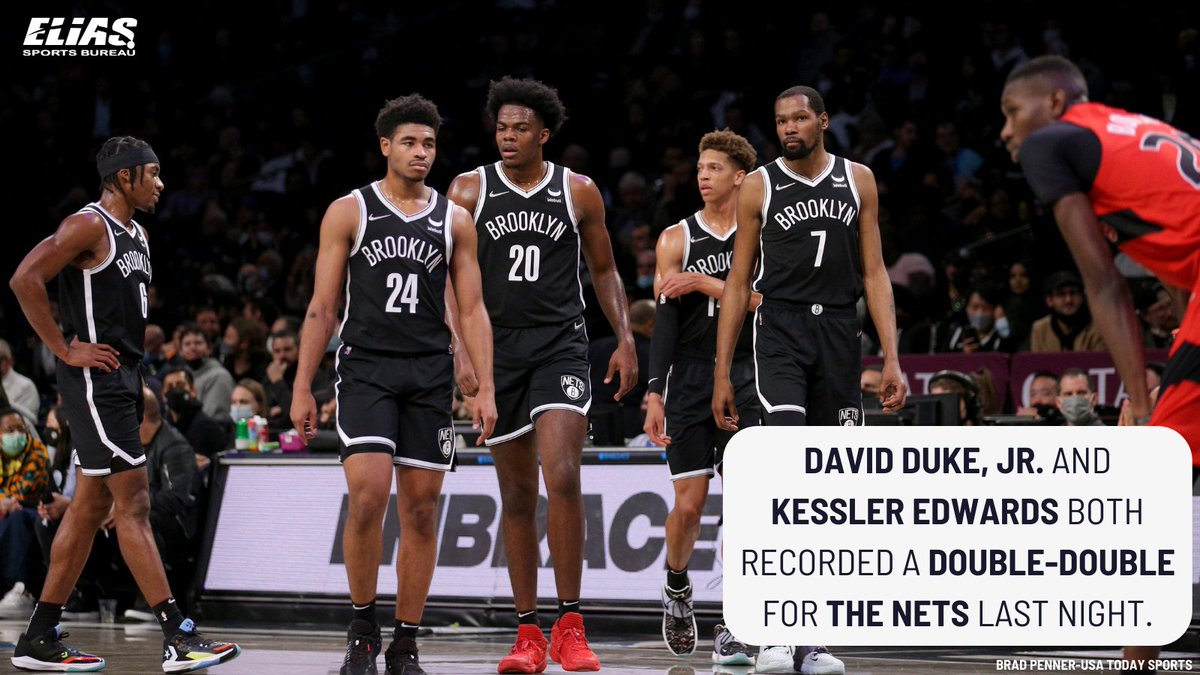 By ADAM ZAGORIA With the Nets down to eight healthy players due to COVID-19 protocols, former Providence guard David Duke was pressed into service and got his first NBA start. The 6-foot-5 guard responded with a double-double of 10 points and 13 rebounds along with three assists, two steals and two blocks — and two game-clinching foul shots — in Brooklyn’s 131-129 overtime victory at Barclays Center. Fellow rookie Kessler Edwards out of Pepperdine also notched a double-double with 17 points and 10 rebounds, marking just the second time in the last 40 years that a pair of Nets rookies registered double-doubles in the same game, according to the Elias Sports Bureau. Duke’s effort followed his NBA debut Dec. 8 against the Rockets when he went for nine points and three rebounds. “[Duke] does a lot of things on the basketball floor,” Nets coach Steve Nash said. “He’s a physical, athletic strong defender. He can get his hands on the ball, deflections, steals, offensive rebounds. He’s also a pretty good play-maker. “He can get in the paint and make a good decision. He does a lot of things. We’ve always liked him and we see a great future for him. “To see him get out here tonight and get his first extended action and to see him respond that way was obviously kind of reinforcing what we see as an organization.” Kevin Durant, who was questionable before the game with an ankle injury, became the first Net to have a 50-point game and a triple-double in back-to-back games by going for 34 points, 13 rebounds and 10 assists. The first-place Nets (20-8) have eight games before the end of the month and will need Duke, Kessler and fellow rookie Cam Thomas to play key roles while they continue to be hampered by COVID issues. Among the players in Protocols are James Harden, Bruce Brown, LaMarcus Aldridge, Jevon Carter and DeAndre’ Bembry. Meantime, Joe Harris remains out with injury and Kyrie Irving hasn’t played this season due to not being vaccinated. Those players will either have to miss 10 days or return a pair of negative PCB tests within 24 hours. “We can’t do a lot right now except wait for results to come in and control what’s in our hands,” Nash said. “So we’re in a sense playing the waiting game, and going to be ready to audible depending on what happens.” Follow Adam Zagoria on Twitter Follow ZAGSBLOGHoops on Instagram And Like ZAGS on Facebook