Duke adds another five-star commitment to No. 1-ranked recruiting class with 'jack of all trades' Mark Mitchell | Zagsblog
Follow @adamzagoria

Duke adds another five-star commitment to No. 1-ranked recruiting class with ‘jack of all trades’ Mark Mitchell 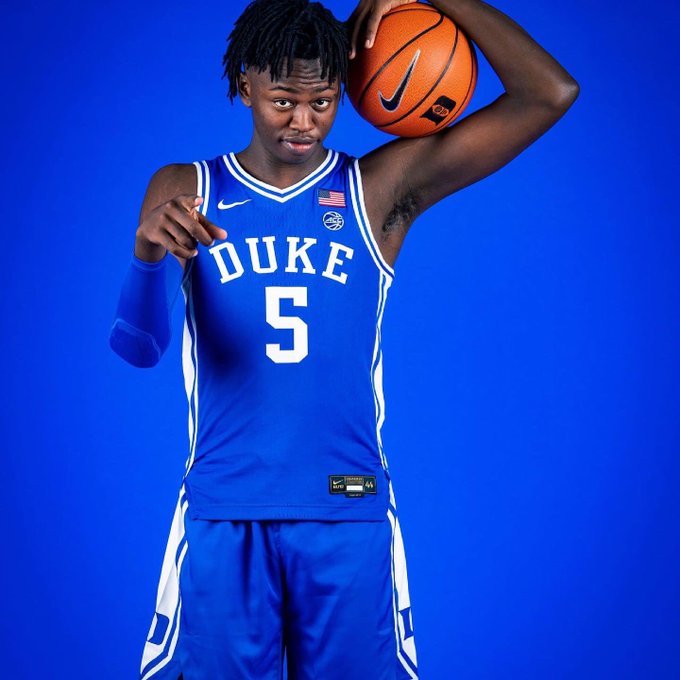 By JACOB POLACHECK Mark Mitchell, the No. 10-ranked prospect in the class of 2022, announced his commitment to Duke on Friday, choosing the Blue Devils over finalists Missouri and UCLA. The 6-foot-8, 205-pound small forward from Sunrise (KS) Christian Academy, “Mark is a jack of all trades with his versatility on both ends of the floor,” Sunrise Christian head coach Luke Barnwell said. “He has the ability to impact every possession with his length, athleticism and skillset. I believe his body control and pace is pretty special which makes him a dynamic playmaker for others.” As head-coach-in-waiting Jon Scheyer prepares to take over for hall-of-fame coach Mike Krzyzewski at the end of the 2021-22 season, Duke has continued to make a major impact on the recruiting trail, bringing in the nation’s No. 1-ranked recruiting class in 2022. In addition to Mitchell, the Blue Devils also have commitments from Top-60 recruits Dereck Lively II (No. 1), Dariq Whitehead (No. 3), Kyle Filipowski (No. 11) and Jaden Schutt (No. 53). Scheyer first began contact with Mitchell in June of 2020, making a call shortly after college coaches began reaching out to class of 2022 stars directly. “I talked to coach Scheyer for about 15-20 minutes just getting to know each other,” Mitchell said at the time. “We’re starting to build a relationship. He just talked to me a little bit about their program, how they do things and how they want to come see me play this summer when things open back up.” Duke extended an offer to Mitchell this past summer, one week before he took an official visit to Durham from June 28-29. Mitchell returned for his final official visit from Oct. 15-16, attending Duke’s annual “Countdown to Craziness” alongside Lively and Whitehead. Mitchell said in June that the Duke coaching staff plans to play him in a wing role similar to that of former Blue Devil stars Jayson Tatum, Brandon Ingram and R.J. Barrett. “The type that comes in as a freshman and makes an impact early,” he said. “They’re trying to build a great group for our class. They think I could be that type of guy for them.” After missing a majority of the summer with an elbow injury, Mitchell has posted some strong performances with Sunrise Christian, including a 19-point, seven-rebound showing in a Dec. 3 win over Oak Hill (VA) Academy. With Mitchell’s commitment, only 11 of the Top-150 players in the class of 2022 remain uncommitted, including five-stars Yohan Traore and Anthony Black. Follow Jacob Polacheck on Twitter Follow Adam Zagoria on Twitter Follow ZAGSBLOGHoops on Instagram And Like ZAGS on Facebook