No. 2 Purdue poised to become new No. 1 after Duke loss, but must beat Iowa | Zagsblog
Follow @adamzagoria 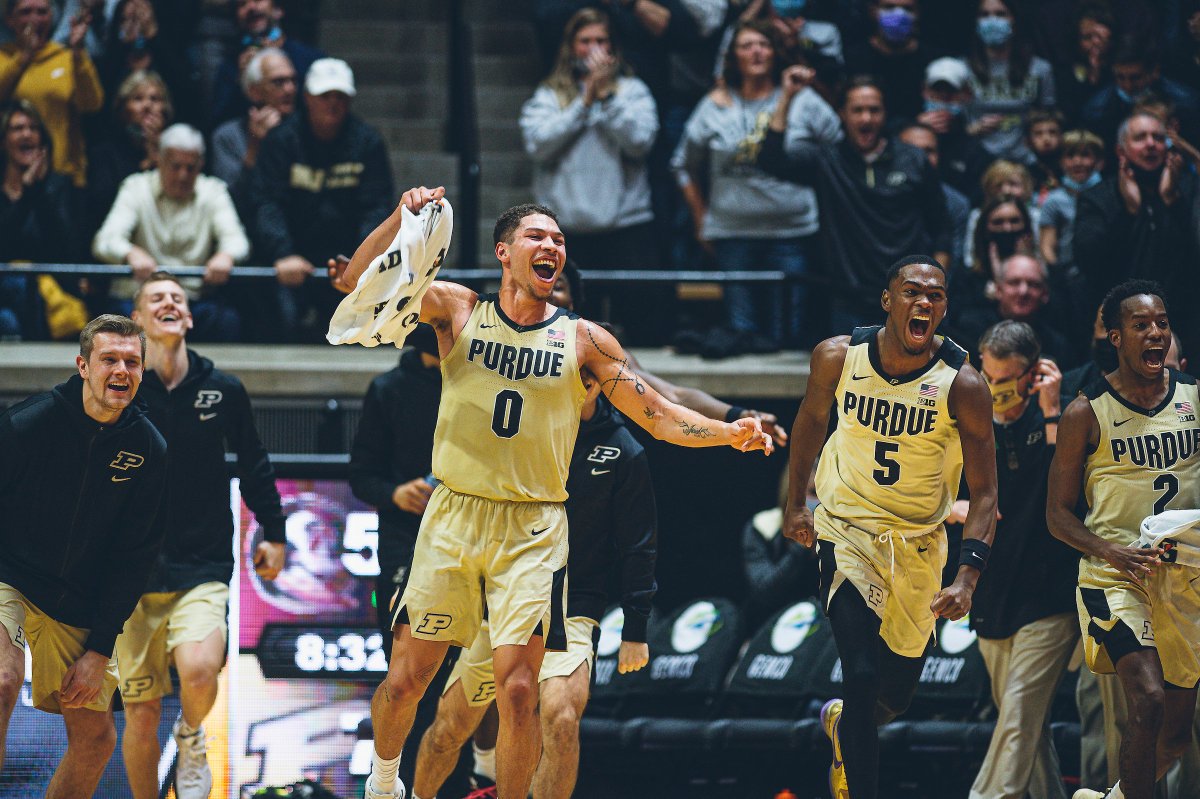 By ADAM ZAGORIA Following No. 1 Duke’s loss at Ohio State Tuesday night in the ACC/Big Ten Challenge, No. 2 Purdue is poised to become the new No. 1 team in the nation next week but still must beat a tough Iowa team Friday night in West Lafayette, IN. Iowa is 7-0 after Monday’s 75-74 victory at Virginia, and leads Division 1 in scoring at 94 points per game. Coach Matt Painter’s Purdue team would become the third No. 1 this season with a win after Gonzaga lost to Duke last week in Las Vegas, and the Blue Devils then fell 71-66 at Ohio State after the Buckeyes overcame a 15-point second-half deficit behind Zed Key’s 20 points and E.J. Liddell’s 14. The Boilermakers hammered Florida State, 93-65, to move to 7-0 for the first time since 2014-15 and notch the ninth-largest margin of victory in the ACC/Big Ten Challenge. Jaden Ivey scored 18 points and matched his career high with four 3-pointer sand Brandon Newman added 13 points. They have five wins by 24 or more points and have shot 50 percent or better in all seven games this season. “I give coach Painter a lot of credit for assembling the most complete team I’ve played against in a long time,” Seminoles coach Leonard Hamilton said. “Sometimes, you’ve got to call it like it is — this team has Final Four written all over it.” Follow Adam Zagoria on Twitter Follow ZAGSBLOGHoops on Instagram And Like ZAGS on Facebook