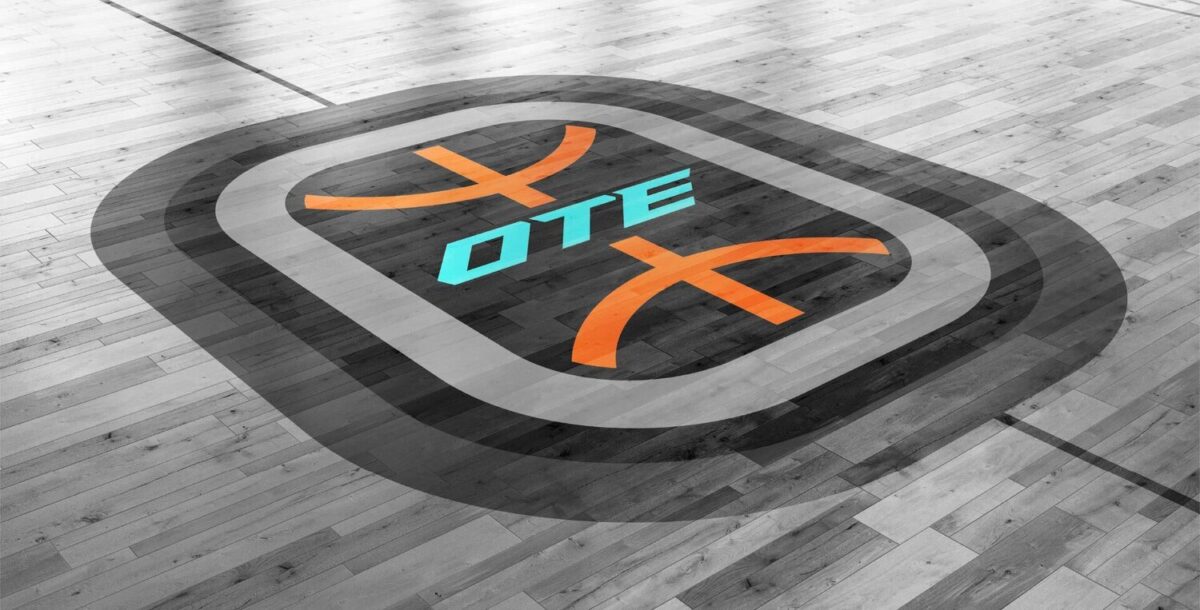 By JACOB POLACHECK It’s been nearly three weeks since Overtime Elite kicked off its inaugural season in Atlanta and ZAGSBLOG national basketball analyst Jacob Polacheck is taking the time to field questions related to the new league.

Jazian Gortman has all the physical tools, basketball IQ and the following to be someone that makes a lot of money in the NBA. You can’t go to an Overtime Elite game without seeing multiple people wearing “JayGort” gear and cheering on the 6-foot-1 guard out of Columbia, SC. A five-star recruit out of high school, Gortman has had some huge games with OTE, including going for 21 points, three rebounds, three assists and one block in a win over Winston-Salem Christian on Nov. 2. My dark horse pick would have to be Bryson Warren, a 6-foot-2, 155-pound point guard out of North Little Rock, Arkansas. Warren is one of the youngest players with the OTE program and has flashed some of his NBA potential throughout the first month of the league. He still has plenty of room to get better and by the time he’s draft eligible in 2024, he should be in contention as a potential first-round pick. Not to mention, Warren has already started his own youth basketball program, Bryson Warren United, for 2nd-6th graders, making the most of the attention he’s getting with Overtime Elite.

2. Which players do you think will get drafted to play in the NBA (@justbuckets13)?

NBA Scouts have shown a clear interest in Overtime Elite with 29 of the 30 NBA teams sending scouts to the Oct. 23 Pro Day. Three NBA general managers have also made appearances since the league’s opening weekend. Charlotte Hornets GM Mitch Kupchak was in attendance for OTE’s Nov. 2 game against Combine Academy in Lincoln County, NC. Indiana Pacers GM Chad Buchanan was in attendance for the team’s Pro-Style Simulation on Nov. 12, while Boston Celtics GM Brad Stevens was in attendance for OTE’s Nov. 18 practice. Given that there are players from the 2022, 2023 and 2024 draft classes within the Overtime Elite program, I’ve decided to split this answer up by draft class. When looking at the upcoming 2022 NBA Draft, the prospect that stands out the most is clearly 6-foot-2 Dominican guard Jean Montero. Projected as a first-round and potential lottery pick in next year’s draft, Montero is a well-rounded point guard with an ability to shoot consistently, make plays in transition, facilitate for teammates and become an all-around leader for this OTE program. Another 2022 draft prospect, Dominick Barlow, has boosted his stock tremendously with OTE. At 6-foot-9 with a 7-foot-1 wingspan, Barlow’s length and size have become a problem for opponents in the paint. His propensity to stretch the floor with a respectable jump shot has created many avenues for Barlow to score and create for teammates. Kok Yat, a 6-foot-8 forward out of Anchorage, AK, is also in the running to be selected in the 2022 NBA Draft, but is currently out with signs of bone stress in his leg. Still, the physical tools are there with great measurables for a wing. He offers tremendous upside in his ability to score and defend, likely putting him in a good position to be drafted next year. Outside of the 2022 draft class, two of the most impressive NBA prospects I’ve seen, 2023 NBA Draft prospects Amen and Ausar Thompson, have blown away expectations, showing off superb athleticism and high-level scoring ability. While Lewis Duarte, a Dominican guard and cousin of current Indiana Pacers guard Chris Duarte, has been pleasantly surprising with talent as a scorer and facilitator. Looking even further down the line at the 2024 Draft Class, players like Matt Bewley, Tyler Smith, Malik Bowman, Izan Almansa, Alex Sarr, Jalen Lewis and Warren all have shown off unique skillsets, likely to impress NBA Scouts down the line.

3. What is the atmosphere at the games like? What celebs have shown up (@M_Vernon)?

When describing the atmosphere at these games, the first thing to note is the new Overtime Elite Arena located in Atlantic Station in Atlanta. The 103,00 square-foot state-of-the-art facility is tremendous. With a separate practice and game arena, Overtime Elite players do everything from take classes, practice and play games at the new facility. With the buzz surrounding the league and new facility, Overtime Elite has been drawing in big crowds and some very notable celebrities. Rappers 2Chainz, Quavo and Flau’jae have stopped by for games, while NBA Hall of Famer Julius Erving made an appearance for the pro-style contest on Nov. 12. The atmosphere at games is electric with fans from all over coming in to see the next wave of hoops stars.

4. Do players that join OTE in high school lose their NCAA eligibility (@M_Vernon)?

Yes. Due to players receiving a minimum salary of at least $100,000 a year, along with signing bonuses and shares in the company, all players that have signed with OTE have forfeited their college eligibility. That includes players like Warren, Jalen Lewis and Tudor Somacescu, who are among the league’s youngest players at 16-years-old.

5. How do you feel about the balance in terms of talent and skill? (@abovethebreak3)

This is a tough question to answer because it really varies by player. While players like Jean Montero and Lewis Duarte look to be much further along in their progression than other players, you have other tremendously talented prospects that will need more time to polish their games. However, in the short time that these players have been coached under former NCAA coaches Kevin Ollie and Dave Leitao, as well as former G-League assistant Ryan Gomes and former Maccabi Tel Aviv assistant Tim Fanning, many are making significant improvements in their games. Take 6-foot-8 forward Matt Bewley for example. He’s a player with great intangibles to play at the pro-level and is now getting the chance to play under a former NCAA champion in Ollie and other coaches that have worked with players at the highest level. Follow Jacob Polacheck on Twitter Follow Adam Zagoria on Twitter Follow ZAGSBLOGHoops on Instagram And Like ZAGS on Facebook