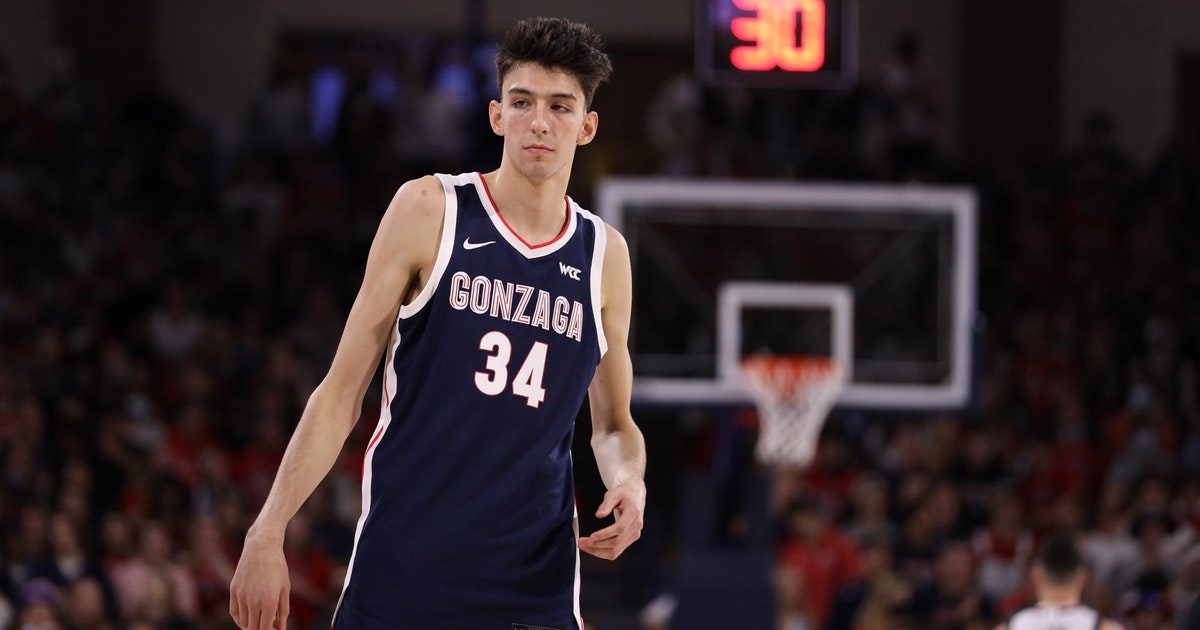 Gonzaga’s Chet Holmgren, Andrew Nembhard and Drew Timme were named to the 2022 Men’s Jersey Mike’s Naismith Trophy Men’s Preseason Watch List Monday. Holmgren was named the Gatorade National Player of the Year, Naismith Prep Player of the Year, Morgan Wootten National Player of the Year, Sports Illustrated All-American Player of the Year, MaxPreps National Player of the Year, and a McDonald’s All-American following his senior season at Minnehaha. The 7-footer averaged 21 points and 12.3 rebounds per game during his senior season while leading the Redhawks to the Class 3A state championship. He added 4.7 blocks and 4.5 assists while shooting 80 percent from the field in 2020-21. He finished his prep career with 1,567 points, 964 rebounds and 456 blocked shots. A Bob Cousy Award candidate, Nembhard was named the West Coast Conference Sixth Man of the Year in 2021. He topped the league, and was sixth in the nation, with a 3.59 assist-to-turnover ratio. The senior averaged 9.2 points per game and was fourth in the conference averaging 4.4 assists per outing in 2020-21. Nembhard scored in double-digits 15 times last season. He started in 13 of the final 14 games. Timme is a Preseason All-American First Team selection and the reigning Karl Malone Power Forward of the Year. He was named Second Team All-American by the Associated Press, NABC and USBWA in 2020-21. The Dallas, Texas, native, was also a First Team All-West Coast Conference selection, and the NCAA Tournament West Regional Most Outstanding Player. Timme was first in the conference in scoring at 19 points per game, at a league-leading 65.5 percent from the field, which was third in the country. His seven rebounds per game were also fourth in the conference. He started all 31 games for GU, scoring in double digits 30 times. No. 1/1 Gonzaga opens the regular season against Dixie State Tuesday. 2022 Men’s Jersey Mike’s Naismith Trophy Men’s Preseason Watch List