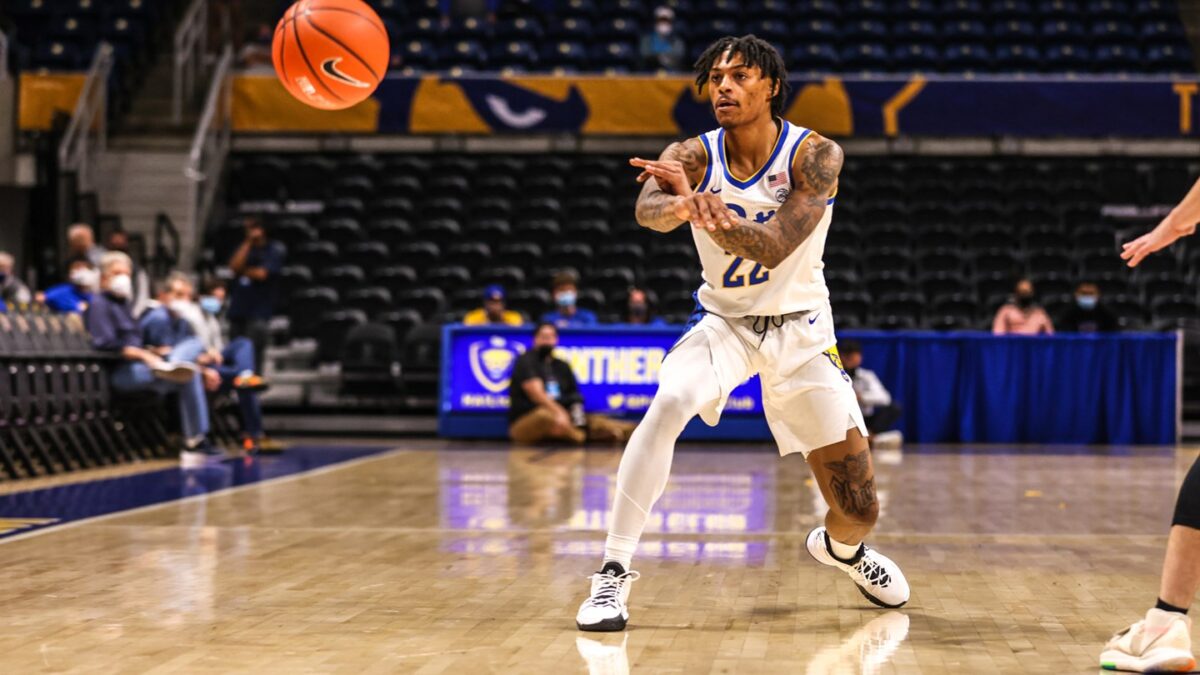 Pittsburgh senior guard Nike Sibande will miss the 2021-22 season after suffering an ACL tear in his right knee during Monday’s 89-64 exhibition game win over Gannon, the school announced. Sibande suffered the injury in the opening half of the contest with the Golden Knights and MRI results Tuesday afternoon revealed an isolated tear of the anterior cruciate ligament. “I am really disappointed for Nike,” said head coach Jeff Capel. “He has been outstanding in his preparation for this season and has emerged as one of the most respected leaders in our program. He has done an amazing job dealing with adversity in the past and I am confident he will tackle his recovery in the same manner. He has attacked adversity by putting in the work, trusting his faith, and maintaining confidence in himself as a person and as a player. We will miss him on the court this season, but I know Nike will remain an important part of our program through his leadership and presence in the locker room.” The Indianapolis, Ind., native has totaled 1,570 points, 532 rebounds, 155 assists and 96 steals in 111 career games (103) at Miami [Ohio] and Pitt. Last season, he averaged 6.9 points and 3.0 rebounds in 19.6 minutes per game after missing the first seven games of the season while waiting on NCAA eligibility ruling. Sibande closed the 2020-21 season on a high note averaging 15.0 points, 6.2 rebounds and 2.6 assists over the final five games of the season. He posted a season-best 24 points with five three-point field goals in the opening round of the ACC Tournament against Miami. Pitt opens the regular season Tuesday, Nov. 9 with a home game against The Citadel. Tipoff is set for 7 p.m. from the Petersen Events Center. (Photo/Release via Pitt) Follow Adam Zagoria on Twitter Follow ZAGSBLOGHoops on Instagram And Like ZAGS on Facebook

Pitt-St. John's at MSG won't mean as much without both Champagnie brothers