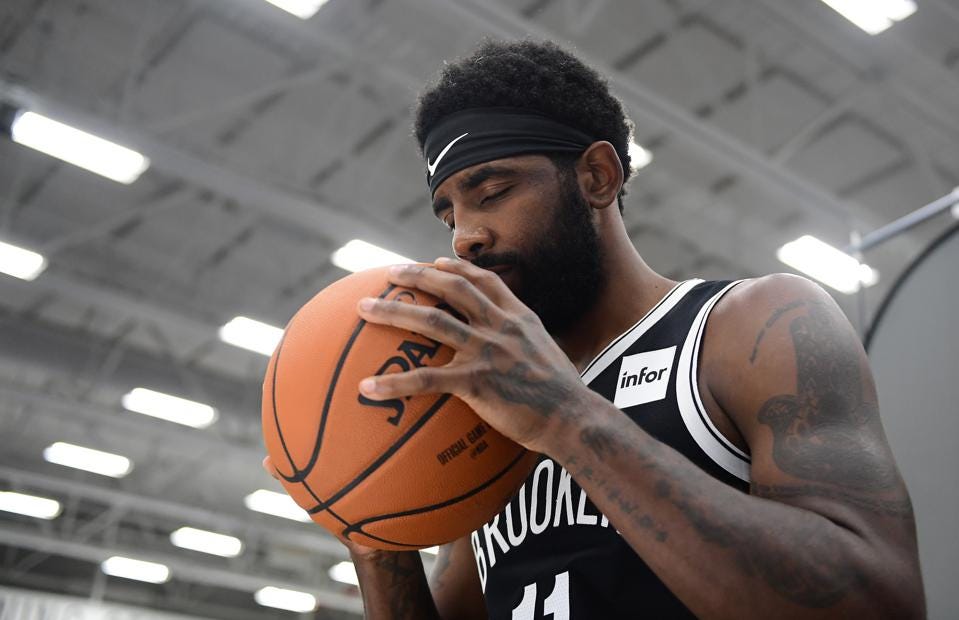 By ADAM ZAGORIA The Brooklyn Nets remain the betting favorites to win the NBA championship even without Kyrie Irving. Even with Brooklyn banning Irving from practicing or playing games until he gets a COVID-19 vaccination (or New York City’s regulations change), the Nets are at +230 to win the NBA title, a slight fade from +200 a week ago, according to SportsBettingDime.com LeBron James, Anthony Davis and the Lakers are the second favorites at +400 followed by Giannis Antetokounmpo and the reigning NBA champion Milwaukee Bucks at +800. The Nets still feature Kevin Durant, recently voted the No. 1 player in the NBA, along with James Harden (ranked No. 10 by ESPN) and a veteran supporting cast including Patty Mills, Blake Griffin, LaMarcus Aldridge and Paul Millsap. Irving was ranked the NBA’s 20th best player by ESPN. “Sportsbooks are still hesitant to react to the recent news of Kyrie being benched,” said Matt McEwan, national sportsbook expert and Editor-in-Chief at Sports Betting Dime. “Some sportsbooks have moved Brooklyn’s NBA Championship odds to as long as +250, but others are still listing them as short as +200.  “There’s still plenty of time for things to change for Irving, or even New York. With that in mind, sportsbooks are too concerned about opening up a potential liability with the Nets’ star-studded roster, which might not even need Irving to win a championship. Don’t expect to see Brooklyn’s odds get much longer without an injury to one of their other stars, or an absolutely horrendous first month of the season.” PHOTO: Getty Images Follow Adam Zagoria on Twitter Follow ZAGSBLOGHoops on Instagram And Like ZAGS on Facebook