Class of ’22 guard Jamarques Lawrence down to 2 schools 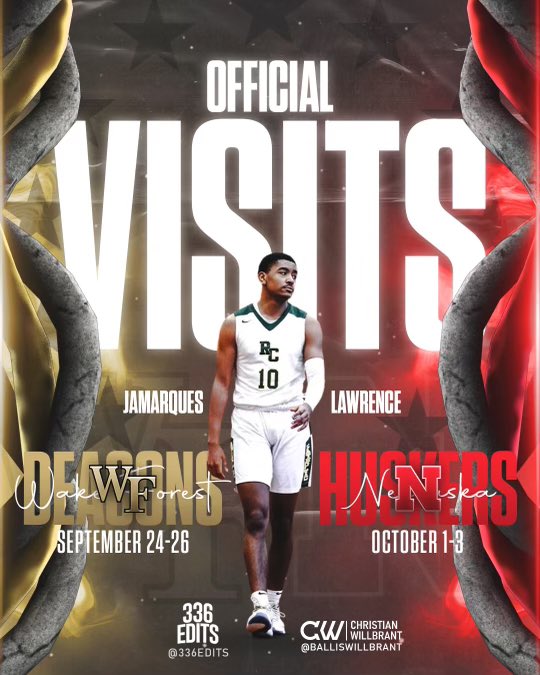 By ADAM ZAGORIA Jamarques Lawrence, the 6-foot-3, 185-pound combo guard from the NY Jayhawks and Roselle (NJ) Catholic, is down to two schools and is closing in on a decision. Lawrence will choose either Wake Forest or Nebraska after visiting both schools. DePaul and Wichita State also are recruiting Lawrence but will not get visits. Wake coach Steve Forbes loves Lawrence’s game and the Wake staff has been into Roselle Catholic several times in recent weeks. Lawrence visited the ACC school two weeks ago. “They love me, they just said they need me to come in there and score, whatever I need to do,” Lawrence said. “I’ll have the ball in my hands, they said I’ll play as a freshman. “[Coach Forbes] said he liked my story of how I didn’t any offers to me having whatever I have now.” Lawrence visited Nebraska this past weekend with RC teammate and Class of 2023 five-star guard Simeon Wilcher, whose older brother, C.J., is a freshman on coach Fred Hoiberg’s team. Nebraska would love to add Simeon and having Lawrence on the roster probably wouldn’t hurt. “The visit was good,” Lawrence said. “The coaching staff said I fit really good in their system and would be a good place for me. Me and my family are deciding what’s next for me.” Follow Adam Zagoria on Twitter Follow ZAGSBLOGHoops on Instagram And Like ZAGS on Facebook